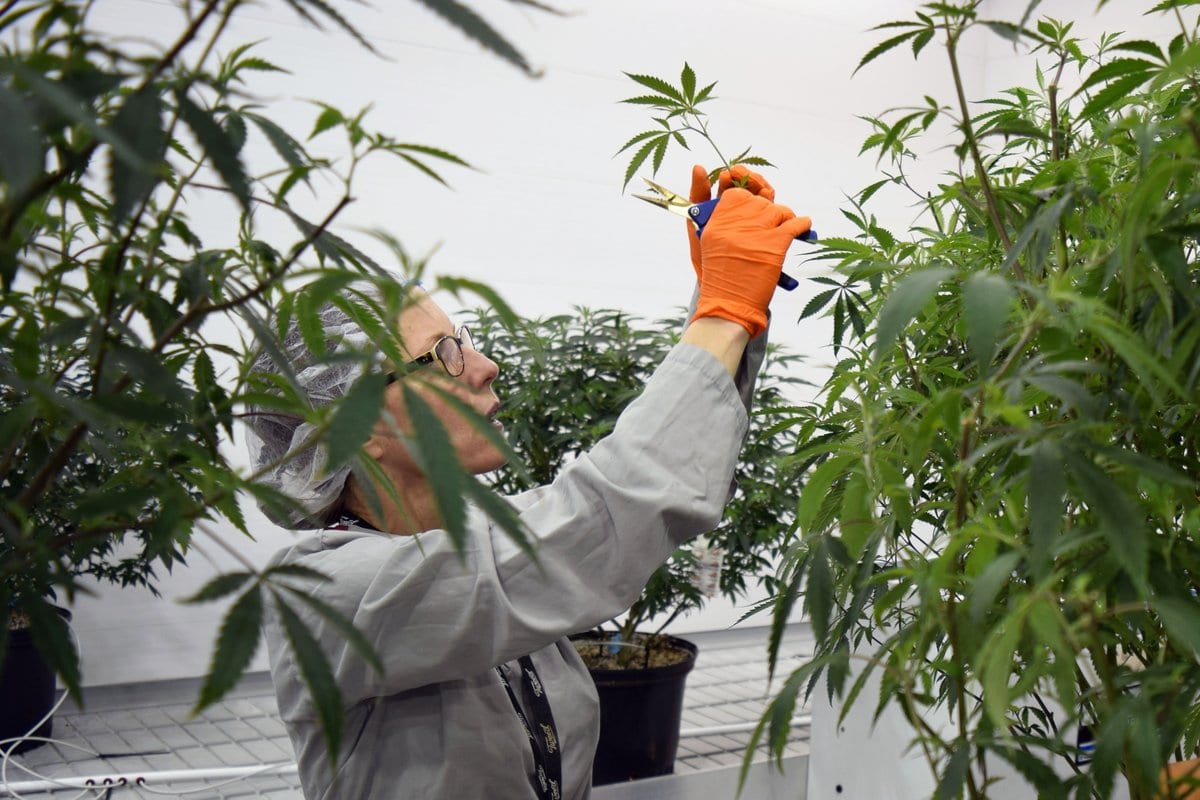 While one of the world’s biggest weed companies Canopy Growth Corp. (TSX: WEED) (Nasdaq: GCG) has detailed its corporate benevolence and set baseline sustainability metrics in its first environmental, social and governance report, the document lacks data on the diversity of its workforce and compelling rationale for the absurdly high compensation of its CEO.

On Wednesday, the firm joined the initial round of pot firms to release an ESG report. In June 2021, Rubicon Organics Inc. (TSXV: ROMJ) (OTCQX: ROMJF) became the first in the Canadian sector to release one, followed by Khiron Life Sciences Corp. (TSXV: KHRN) (OTCQX: KHRNF) (Frankfurt: A2JMZC) in August — the latter company has its main operations in Colombia.

In Canopy’s document, the firm publishes detailed metrics for its energy expenditures in 2020, an important step in letting investors and the wider public track its environmental footprint. Commercial cannabis cultivation, the vast majority of which happens indoors, is an energy hog.

Energy sources are generally greener in Canada, compared to the U.S., but the government does little to track cannabis pollution and the majority of licensed producers have been tight-lipped on the issue.

But Canopy’s release of this information will put pressure on others to follow, and provides a baseline for future comparisons. 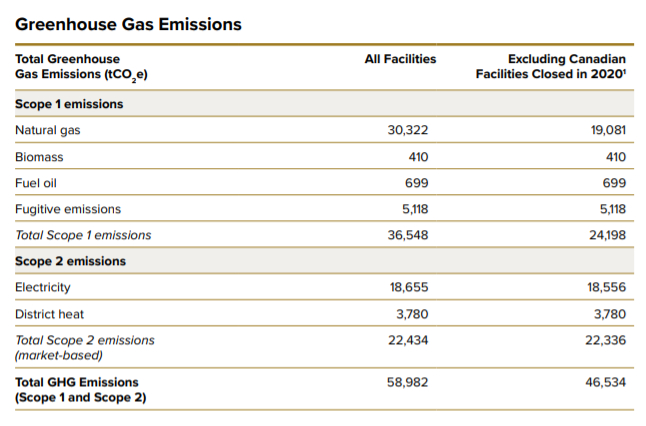 Over half of Canopy’s greenhouse gas emissions came from natural gas. Chart via Canopy

When it comes to the diversity of its workforce, the company didn’t publish any baseline figures.

“We currently can only report gender demographics of our workforce globally,” reads the report. “We understand this is only one dimension of diversity and are working to put in place an enterprise-wide system to capture and report on more aspects of diversity moving forward.”

According to Canopy, 48 per cent of its workforce are women, with 38 per cent in managerial positions.

“We believe we have fairly good representation of women in leadership roles globally at 38 per cent but that we can do better as we strive to achieve gender parity, particularly for women of colour.”

On its board of directors, two out of the seven executives are women, all of whom are white. Of the 10 other members of its leadership team, five are women and two are BIPOC.

The report also failed to raise any red flags when it came to paying its CEO, David Klein.

According to recent analysis from the Canadian Centre for Policy Alternatives, Klein made $45.3 million in total compensation, significantly higher than any other CEO of a Canadian firm in 2020.

“Our total rewards program is designed to attract, motivate, reward, recognize, and retain the talent we need to realize our vision and deliver on our growth expectations, while taking a holistic view of employee wellbeing, including financial, emotional, physical, and social wellness,” reads the ESG report.

Canopy says its board assesses risks associated to its compensation policies, but it didn’t identify any “that it believed were reasonably likely to have a material adverse effect on the company.”

A spokesperson tells Mugglehead that Klein had forfeited his equity-based compensation package at Constellation Brands before joining Canopy in January 2020, so the board and compensation committee would compensate him for the forfeited amount “to make him whole” for joining as CEO.

His first-year compensation also includes a number of one-time grants like options tied to long-term growth targets of the business, which will lose value if the firm misses them, the spokesperson continues.

In fiscal 2021, the spokesperson says that Klein’s base salary was $1.3 million, with non-equity incentive compensation of $2.2 million and additional compensation of $135,000, totalling $3.7 million overall.

Over the year, the firm’s total employee turnover rate was 67 per cent — involuntary turnover was 47 per cent, and 20 per cent was voluntary. 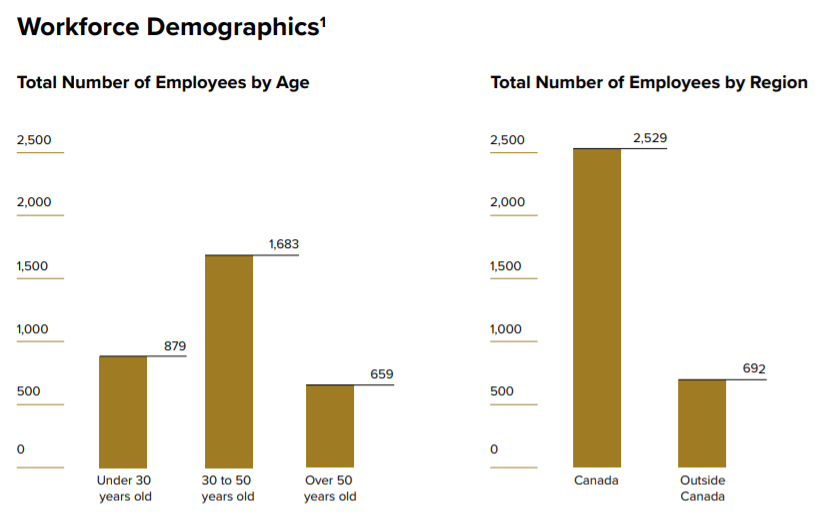 Despite several rounds of layoffs, Canopy still employed over 3,000 people by the end of 2020. Chart via Canopy

As of March 2021, Canopy had received around $11 million in federal wage subsidies related to the pandemic, and as of April it had laid off over 1,000 employees.

Shuttering of facilities and layoffs continued through 2021, but to a lesser degree than the year before.

As part of its community contributions, the firm said it invested over $1.8 million in efforts that include patient advocacy and efforts to expunge records for cannabis convictions.

Canopy also noted its contributions to research via a $2.5-million grant to the University of British Columbia in support of M-J Milloy’s cannabis-related research initiatives, a partnership which started in 2018.