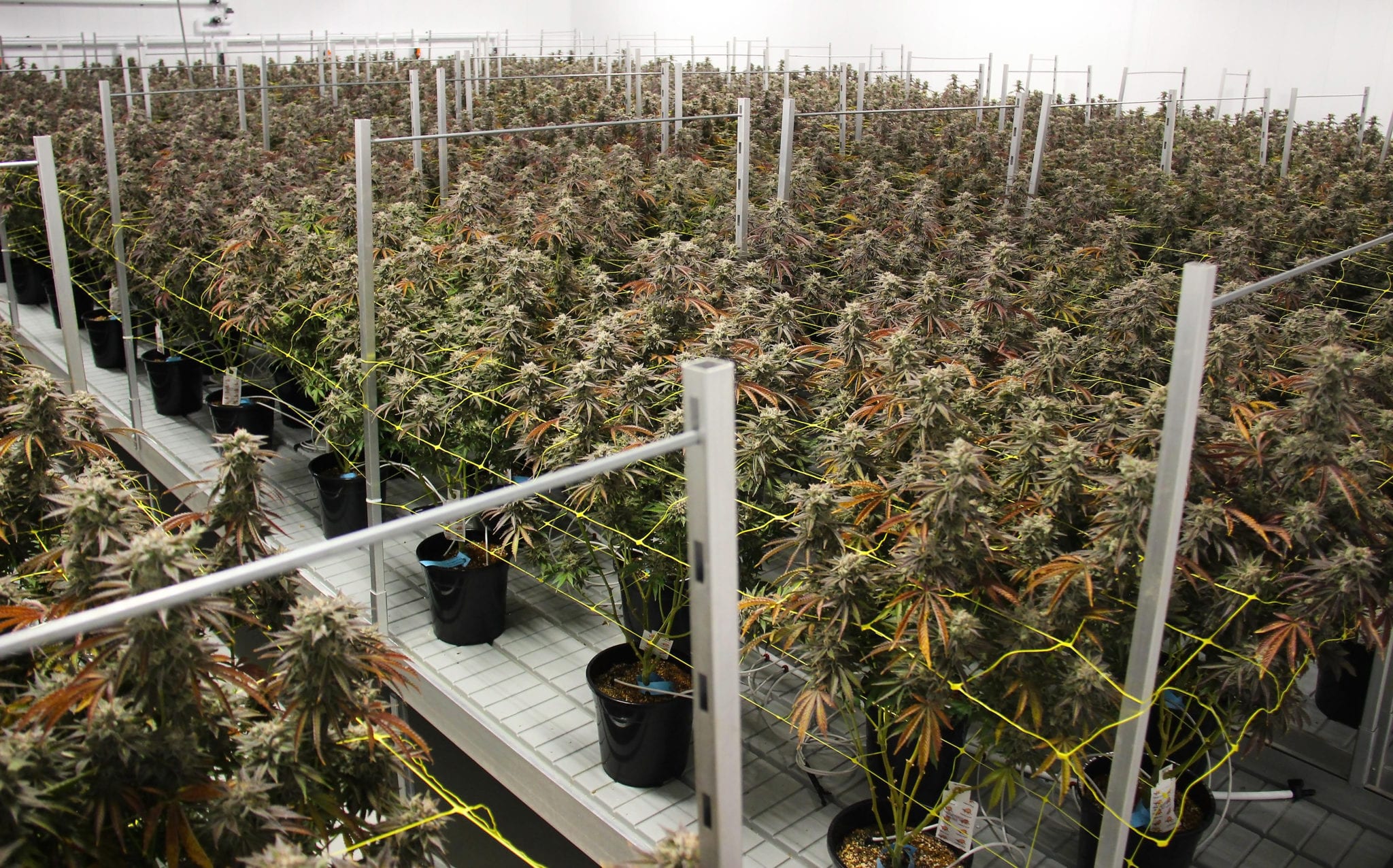 Canopy Growth Corp. (NYSE:CGC)(TSX:WEED) shares plunged to their lowest level this year Thursday after the cannabis giant’s quarterly revenue fell to $90.5-million, a 4 per cent drop from the previous quarter, and well short of analysts expectations.

The company based in Smith Falls, Ont. also reported a net loss of $1.28 billion late Wednesday for the three months ended June 30. Canopy said most of the increased loss was due to a non-cash loss of $1.18 billion on the extinguishment of warrants held by Constellation Brands (NYSE:STZ), which invested $5 billion into the company last November. The pot producer’s operating loss was $123.1 million, which improved over the $174.5 million operating loss in the preceding quarter.

Shares of Canopy dropped more than 14 per cent Thursday.

Analysts on average were expecting revenues of $111 million and expressed concern that Canopy is losing market share in Canada, with Aurora Cannabis Inc (NYSE:ACB)(TSX:ACB) looking like it might be the new top dog. Aurora releases its latest earnings report next month but in the company’s recent guidance update, it said it was expecting to see net revenues come in as high as $107 million.

Canopy CEO Mark Zukulin said on a conference call Thursday the company enjoyed between a one-quarter to 33 per cent market share in Canada when the country legalized recreational cannabis last fall, but today Canopy has dropped to the lower end of that range.

Analysts said the one bright spot in Canopy’s Q1 report is the company’s record harvest and growing inventory, which could help it strengthen its position in the coming cannabis derivatives market in Canada later this year.

Canopy produced 40,960 kilograms of cannabis in the quarter, the largest harvest to date of any Canadian pot producer in one quarter. The company grew 183 per cent more pot from the previous quarter and has $394 million of inventory on hand.

But even with the record production, analysts and investors appear to be more concerned on the company’s decline in cannabis sales for the third straight quarter.

Canopy sold $74.1 million worth of cannabis in Canada in Q1, which was a drop from the $80.5 million it sold in the previous quarter. The lower sales came as a surprise in more ways than one, as the company sold 13 per cent more cannabis from the prior quarter totalling 10,549 kilograms.

The pot producer blamed the lower sales on a steep drop in demand for cannabis oil and capsules, as consumers have been demanding more high-THC flower product. Sales of oils and softgels tumbled to $200,000 from $36.5 million, according to Canaccord Genuity. Canopy also said it made a $6.4 million adjustment to net revenues as the company anticipates some of its oil products will be returned unsold.

Gross margins on sales came in at 15 per cent for Canopy, a slight drop from the previous quarter, but a steep fall from the 43 per cent gross margin it posted in the same quarter a year ago.

Canopy attributed the decline in gross margin to the impact of $16.2 million in operating costs relating to facilities not yet producing cannabis or had under-utilized capacity.

We are fixated on the process of evolving from builders to operators over the remainder of this fiscal year, meaning that as our expansion program comes to a close in Canada, and as new value-add products come to market in Canada, we demonstrate a sustainable, high margin, profitable Canadian business.

Zekulin was named interim CEO in early July after Canopy fired former co-CEO Bruce Linton, the face of company who took an aggressive approach by making major acquisitions to build the business.

But Zekulin announced on the Thursday conference call that he plans to exit the company once a suitable replacement CEO is found. He added Canopy has already found “several exceptional candidates” and the search is well underway.

Meanwhile, the company is working on expanding into the U.S. hemp CBD market, a ballooning segment that many Canadian pot firms are looking to enter.

However, expansion into the U.S. or across the world will continue to strain the company’s selling, general and administrative costs. And the market outside of North America to date is relatively small. Also, competition in the U.S. CBD market is becoming increasingly fierce, as large company’s like Charlotte’s Web (TSX:CWEB) already hold a strong market position there.

By the time Canopy breaks into the market, it may already face an uphill battle and the revenue growth from growing into these markets may not be enough to offset the costs that will come along with it.

Overall, there were more question marks and concerns from this latest earnings release than positives.