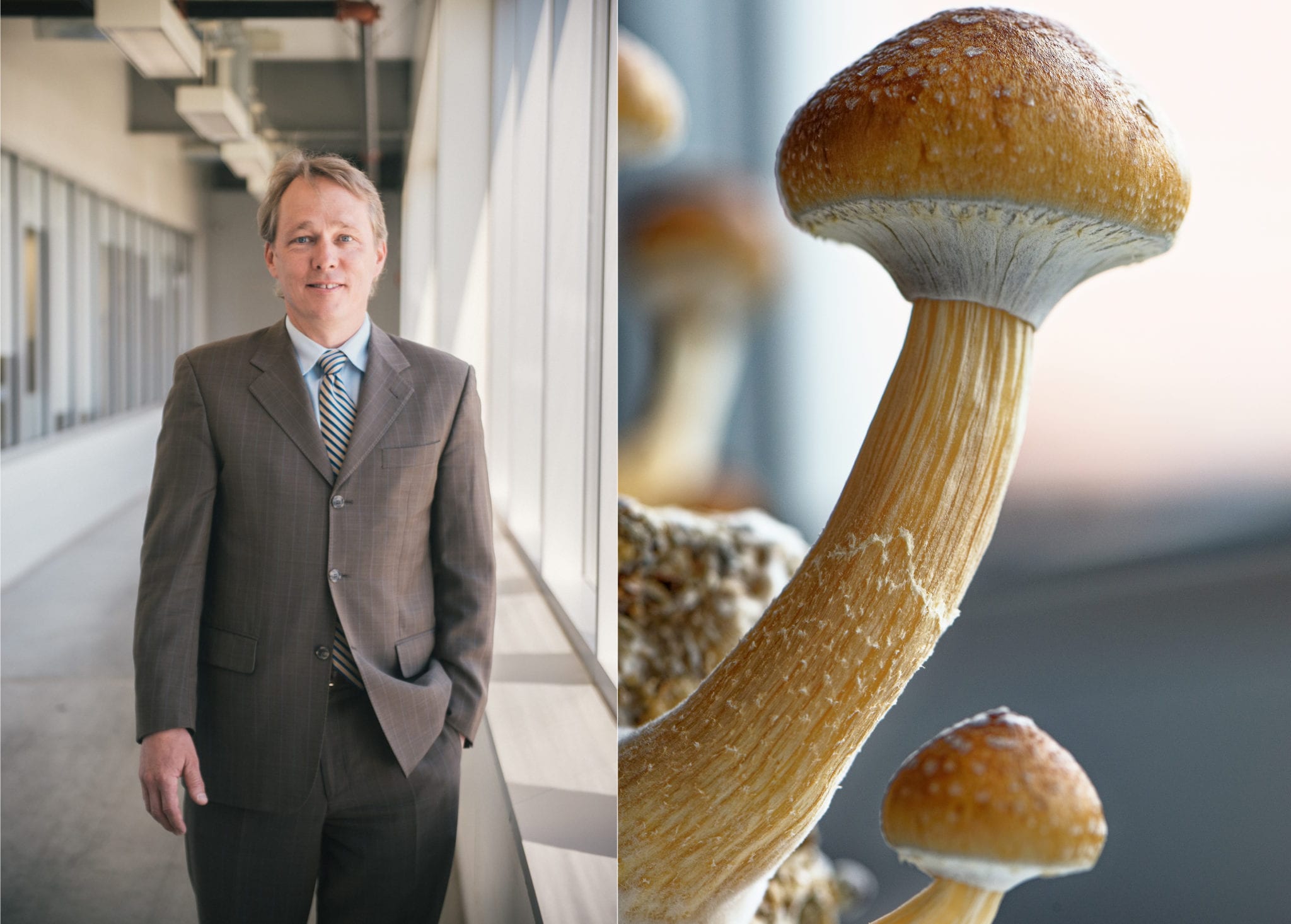 "In Conversation with Bruce Linton" at Cannabis World Congress in New York, May 31st at the Javits Center.

After getting the boot from the world’s most valuable cannabis company which he co-founded, Bruce Linton just made a big splash by joining two pot firms, investing in two more, while also setting his sights on a new frontier in natural medicine: psychedelics.

The former co-CEO of Canopy Growth (TSX:WEED) and de facto face of the industry was abruptly fired in July from the company after its largest shareholder Constellation Brands (NYSE: STZ) voiced its displeasure with the pot giant’s financial results.

After pondering his next moves the last two months, Linton announced this week he joined Michigan-based cannabis retailer Gage Cannabis as executive chairman, and Better Choice (OTCQB:BTTR), a CBD pet products company, as a special advisor.

But the marijuana pioneer also said he will be a director at Mind Medicine, a Toronto-based firm that is developing government-approved psychedelic inspired medicines to treat mental illnesses, including medicinal psilocybin (known as magic mushrooms) and medicinal MDMA (often called ecstasy).

Linton sees big possibilities in medical psychedelics similar to the opportunities that medical cannabis presented years ago before it emerged out of the shadows. Not only is Mind Medicine assembling a drug development pipeline in medical psychedelics, but research is accelerating as more jurisdictions ease regulations.

“There’s probably untapped value, which will only go to the people who are at the beginning and bold,” Linton told The Canadian Press.

Linton said Mind Medicine has been working on drugs derived from psychedelics that do not produce a high but still provide therapeutic benefits. The company is conducting trials testing the efficacy of the drugs and hopes to get approval from the U.S. Food and Drug Administration.

Although psilocybin and MDMA remain banned substances in Canada and the U.S., scientists on both sides of the borders have been investigating the effectiveness of the drugs for treating ailments such as depression, addiction and post-traumatic stress disorder.

Earlier this month, the Johns Hopkins University School of Medicine in Baltimore launched the Center for Psychedelic and Consciousness Research, which it touts is the first of its kind in the U.S. and largest in the world.

North of the border, Toronto-based Field Trip Ventures is looking to change the stigma surrounding psychedelics. The company announced this week it is building the world’s first legal research and cultivation centre for magic mushrooms at the University of West Indies in Jamaica in an effort to study if psilocybin is an effective treatment for mental illnesses.

Last year, researchers from across North America, including British Columbia, started the third and final stage of MDMA-assisted psychotherapy trials in California at the Multidisciplinary Association for Psychedelic Studies research centre. The team plans to have the experimental treatment legalized in Canada and the U.S. by 2021.

On top of the emerging science, in May, Denver became the first city to decriminalize magic mushrooms, while Oakland  joined the Mile High City in June.

Linton doesn’t expect psychedelics will become the recreational and social products that cannabis has become, but he did predict the substances will see a “similar run.”

“This is clinical research, looking at ingredients that mostly are derived from nature and that haven’t been clinically examined. … Prohibition put up a big barrier, and I want to explore what is behind it now.”

Within hours of Linton revealing his bold next moves, Canopy announced it plans to wrap up its search for a new CEO by the end of 2019 at the company’s annual general meeting for shareholders on Tuesday.

Linton’s absence stood out at the meeting, but the company gave him credit for where it is today and said “we have identified and are interviewing an exceptionally talented pool of well-seasoned executives,” according to The Financial Post. The list of candidates reportedly come from the pharmaceutical, consumer packaged goods and alcoholic beverage industries.

When asked if he planned to line up his announcement with Canopy’s shareholder meeting, Linton said, “well, not intentionally. I think it’s divine intervention.”

Linton said he remains a major Canopy shareholder and even bought more shares in the company in August. He insists he holds no grudges and still has multiple ties to the company.

According to his press release, on top of joining the two U.S. cannabinoid companies, he will also be an activist investor with two other firms — that also have an existing relationships with Canopy Growth. Linton will reportedly pump around $3 million into both California-based OG DNA Genetics, an established cannabis genetics company, and Slang Worldwide (CSE:SLNG), a Toronto-based consumer packaged goods marijuana company.

Under a non-compete clause as part of Linton’s termination he is barred from working at another Canadian cannabis company. But he is still able to invest in pot firms in Canada and take on advisory roles in the U.S.

Linton also said he “expects to select and announce a multi-state operator for a similar role in the near-term.”

He said he was approached with multiple lucrative offers from large U.S. cannabis companies, but chose smaller entities in the marijuana space that are more aligned with his entrepreneurial spirit. He aims to help the companies he selected push regulatory and science possibilities while working across multiple regions.

“The way I selected the companies was not how much equity they would give me. I turned down the most self-enriching offers,” said Linton in the release. “However to be transparent, all firms provided me with generous equity exposure. With each firm and space, I sought to develop a specific view of how we build enterprise value from the current activities and limit disruption.”

At Gage Cannabis, Linton said he will help promote the company’s high-end approach to marijuana retail in Michigan, the 10th state to legalize pot but won’t rollout licensed recreational marijuana sales until 2020. Gage, which previously licensed its brand with a Canopy subsidiary, opened its first medical cannabis store this week and it holds multiple cultivation and processing licences. The company focuses on small batch, high quality cultivation and its brands are sold in multiple states.

“I look forward to leveraging my relationship networks and experiences to play a significant role with Gage as they continue to accelerate their expansion throughout the state,” Linton said in a statement.

“I look forward to working closely with the Better Choice team to solidify its global expansion plans, identify other strategic opportunities that will increase shareholder value and expand my role at the Company in the future,” Linton said in a separate release.