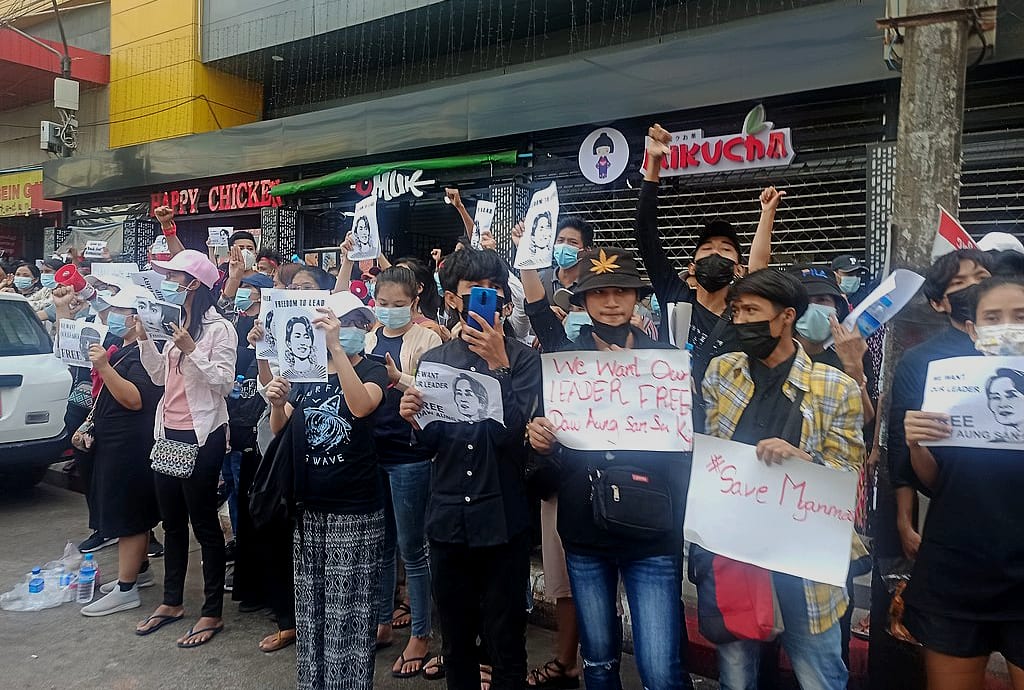 “When we heard people are disappearing from their homes, we set up a system to change where we sleep each night. I’ve slept in a different room every night this week, and someone different has slept in mine. This is not a new strategy for us,” says Ko Myint Kyan Tha, a Myanmarese democracy protester and organizer of the Yangon Stoner’s March in 2019.

In a coup d’état Feb. 1, the country’s military seized power after claiming fraud in last November’s elections, in which its proxy party was handily beat by the National League for Democracy. Other than a brief period of quasi-democratic rule following a democratic election in 2011, Myanmar has been ruled by military junta since 1962. 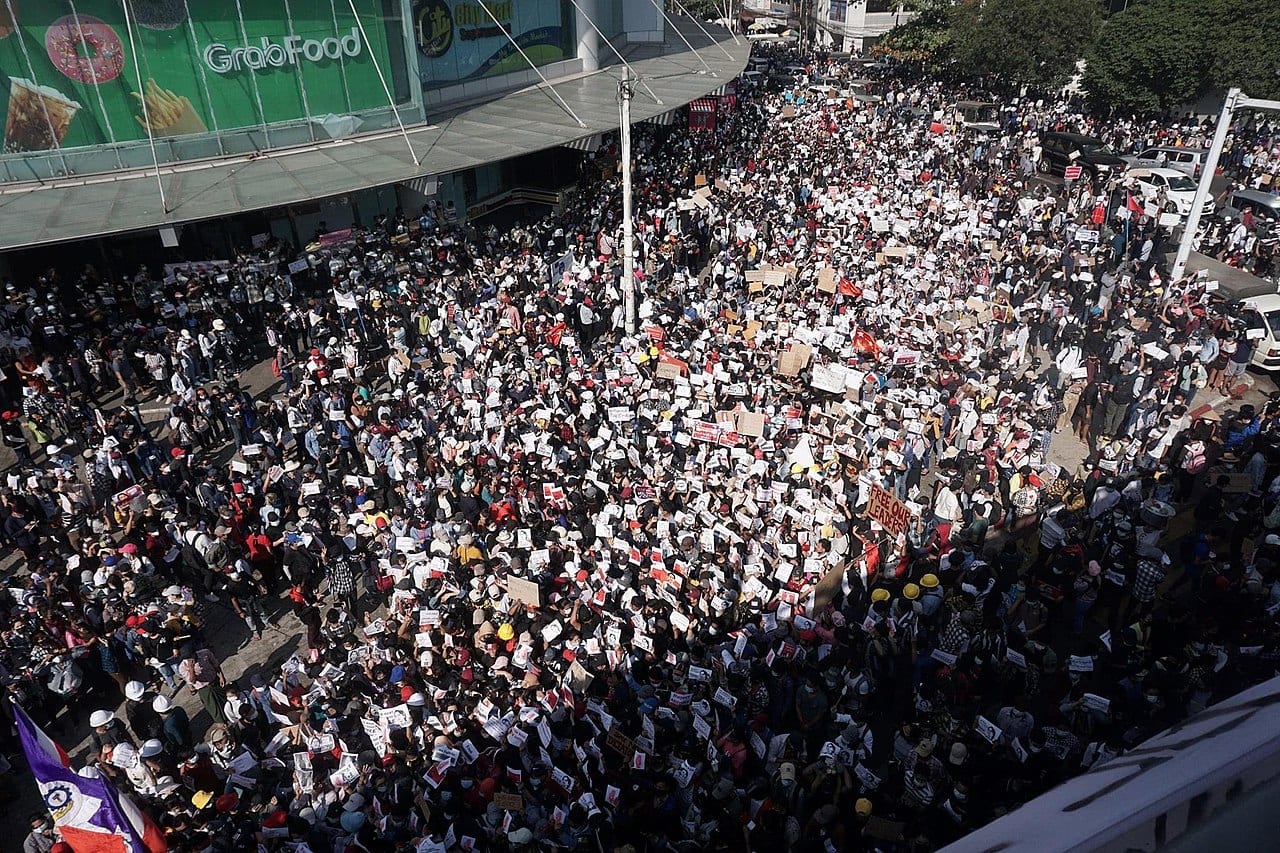 During the coup, recently re-elected State Councillor Aung San Suu Kyi — who won the Nobel Peace Prize in 1991 for her non-violent resistance to the country’s military rule — was placed under house arrest and other senior members of the party imprisoned.

Since then, public protests demanding Suu Kyi be released and democracy restored have grown to the largest mass in recent history, and the country’s cannabis advocates are right at the forefront.

“We haven’t seen anything like this in the streets since the protests of 1988 which resulted in many shootings followed by years of unrest, which only started to improve about ten years ago,” says U Aung Say Toe, who leads the Campaign for Cannabis in Myanmar. “Many of the young protestors don’t remember that, but protesting is part of life here.”

“What we who have been advocating for marijuana reform can bring to the protest [are] our skills and following on social media. Our connections to advocacy groups around the world helps send out the message of what is happening, that is when the internet is active,” the activist says, referring to the military junta’s control over web services.

Weed has played a role in Myanmar’s, and formerly Burma’s, fractious governments since the British Raj colonized the nation, first making it illegal in 1870 in deference to their own interests in the opium trade.

After the country fell to Japanese expansion during World War II, the government made it legal and taxed it. This remained the case until 1993 when it was lumped in with other controlled substances like heroin and meth, both of which are mass produced in the country by the military and insurgents in the contentious northern regions.

The 1993 Narcotic Drugs and Psychotropic Substances Act, widely seen as legislation to appease Western countries, called for minimum sentences of five years in prison to the death penalty for distribution.

The law was updated in 2018 with an amendment that many in the advocacy world looked forward to since there was promise of decriminalizing drug use. The change happened but was contradicted by other laws that consider possession of even small amounts of cannabis or any other drug illegal.

“This is when I started to get involved in public protest, this is what launched our Stoner’s March,” Kyan Tha explains. “They pretend to give us some freedoms but actually take them away with other laws. This is the way the military treats us.”

As in all its neighboring countries, weed has been used in Myanmar for millennia. Hemp was used in traditional cultures to make everything from clothing to cooking utensils. 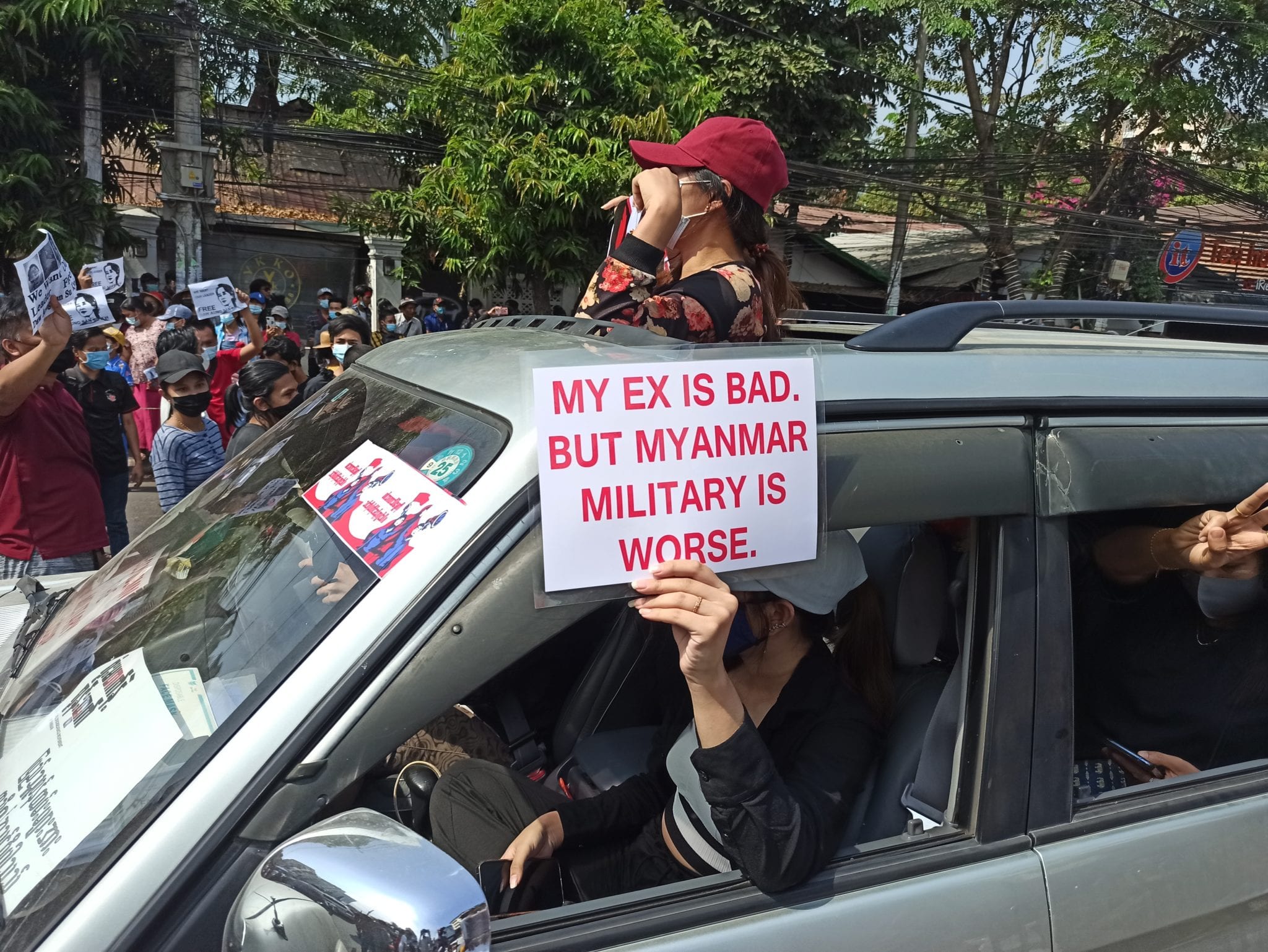 “Marijuana was used in traditional medicine to relieve pain and also socially. The seeds and leaves were consumed in food and hot drinks. We used the whole plant and still should be,” says activist Elizabeth U Shwe of Free Burma, a group that advocates for human rights among the country’s hill tribe peoples.

Despite the fact that cannabis fell under the same draconian drug laws as heroin, in reality it was rarely enforced. It’s been readily available and mostly ignored by police and military, but arrests for use and more likely for production are not unknown — and in a recent case played out to prove a point.

As reported by the Myanmar Times — whose service has been suspended following the coup — American John Todoroki and his local staff were arrested for running a cannabis growing operation. At the time of the arrest, Todoroki provided his company registration and licence, granted from a member of local government, to grow hemp for the extraction of CBD.

He was still charged, since the nation’s drug law makes no distinction between hemp and cannabis. After posting around US$240,000 in bail, Todoroki escaped to Thailand by bribing border guards. He is now at home in Denver, but his Myanmar staff remain in prison.

This was a message, says Chim Kham, a biologist and hemp advocate who works with the Mahar Legalization Movement Myanmar.

“The military has plans to contract massive grow operations with Chinese companies now that CBD is so popular. This is just what we have been working against. One of our slogans at MLMM is that ‘Hemp is Hope’ — that is, hope for farmers and local manufacturers to improve our economy with hemp, not simply letting the Chinese come in and take what they want again,” she says. “This is the reason everyone is in the streets today. We are finished letting the military control us and our country.” 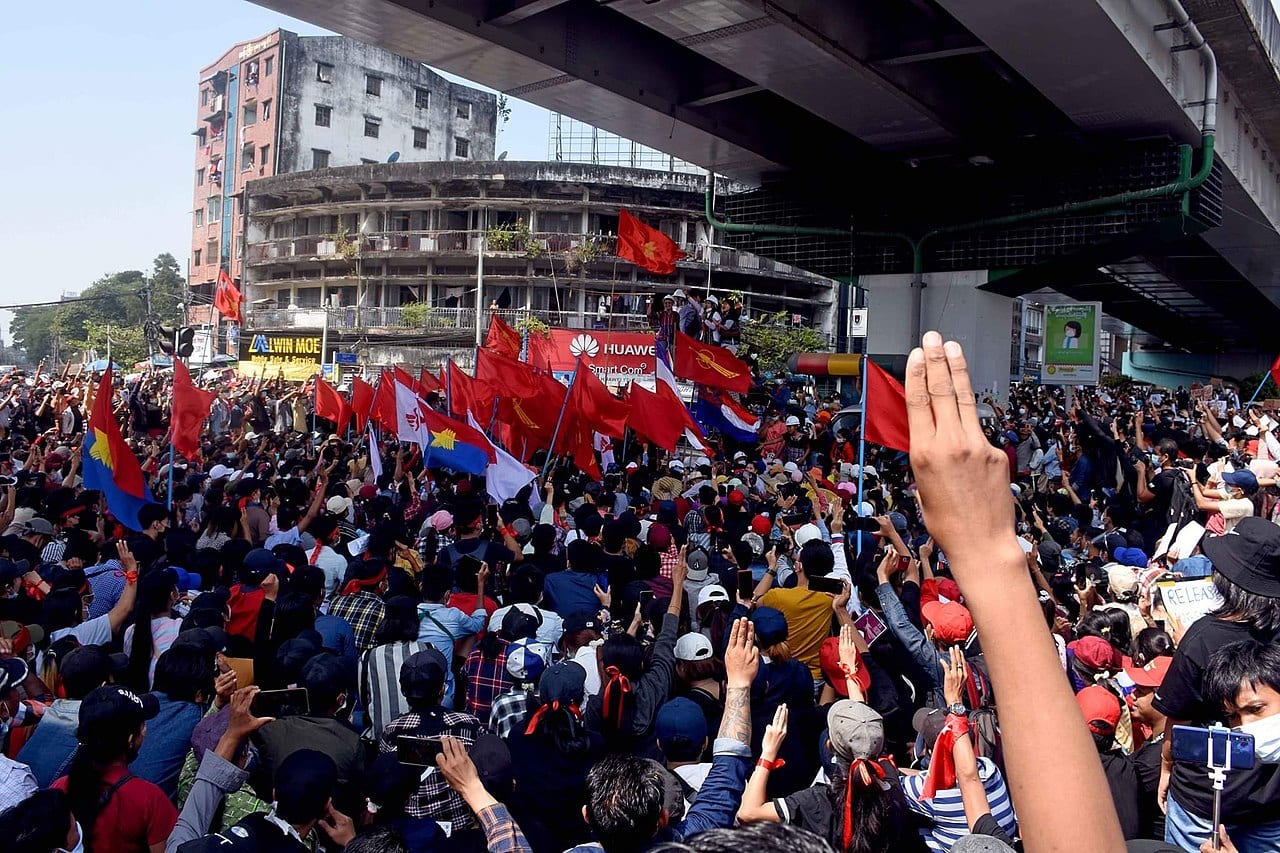 The Hunger Games three-finger salute was popularized by Thai protesters following a coup in 2014 and has been adopted by pro-democracy protestors in Myanmar as well as other movements in the region. Creative commons photo taken Feb. 9 in Yangon

February’s coup quickly ignited citizen protests. Tens of thousands marched in the streets of Yangon and Mandalay. Marches sparked a number of simultaneous protests, a military boycott and a nationwide pot-banging campaign.

After more than 15 days the protests show no signs of letting up. Marches have increased in size. Residents of major cities have set up night patrols to try and protect each other from midnight abduction by the police and military.

Many in the crowds hold placards with Ang Sung Suu Ky’s portrait in Shepard Fairey’s trademark graphic style that reads “Please save our Leader -future -Hope,” mirrored in Chim Kham’s message “Hemp is Hope,” — referring not just to the right to grow hemp, but the right to make a living in a free a country where the average citizen has a chance at a decent life.