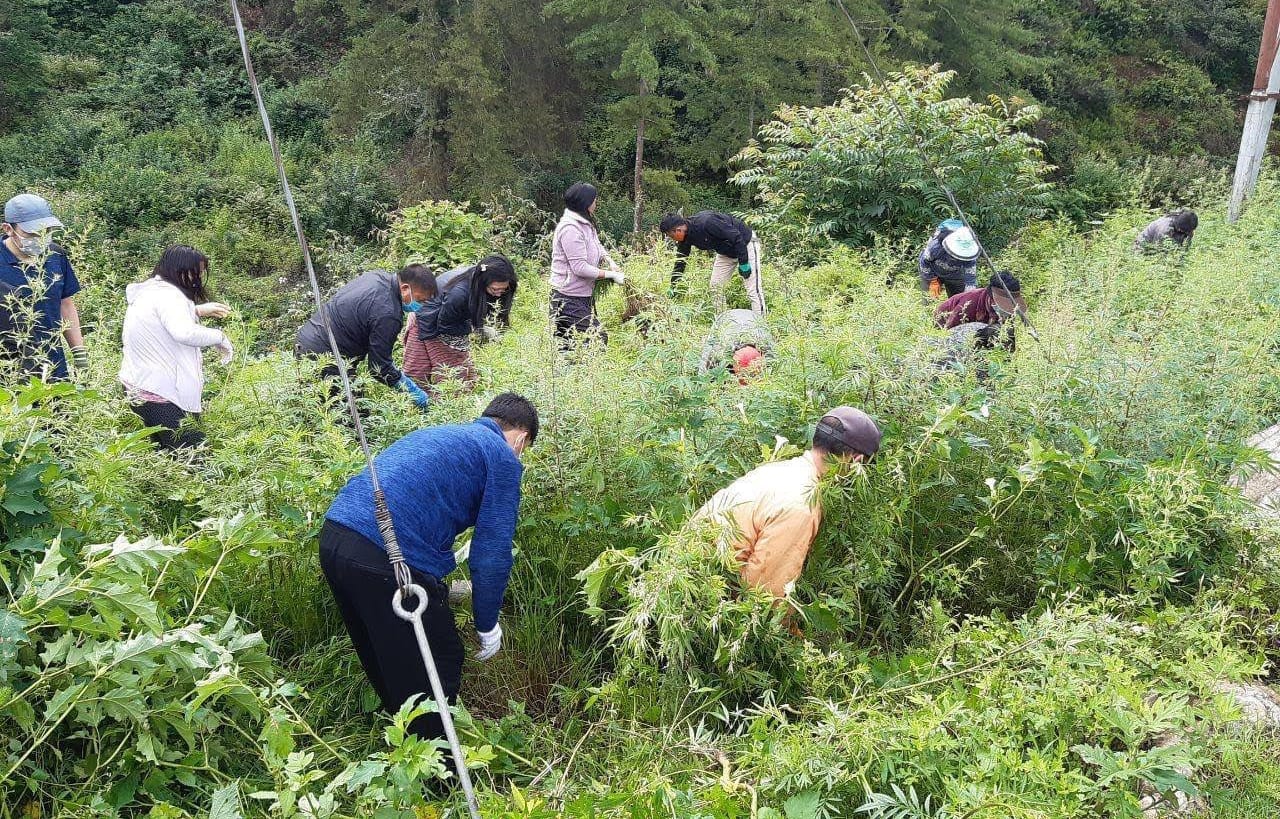 It was my Bhutanese tender who pointed down from where we had our lunch one day, at 3,800 meters surrounded by snow-capped mountain peaks, to the green expanse spread throughout the valley.

“You see all that? That’s marijuana, ganja,” he said, acting out the international pantomime for hitting a joint.

Weed grows wild in vast amounts throughout Bhutan. But unlike every other Himalayan culture, the people don’t smoke it, eat it or use it to heal. Instead, they feed it to the pigs. As the tiny kingdom has opened to the outside world, the number of visiting cannabis users has risen and with it the number of people imprisoned for use and sale. Despite the recent international trend towards legalization, Bhutan has strengthened its anti-cannabis laws.

“Many young people have a problem with pharmaceuticals today, and are also smoking ganja, which is already seen as being low society since it is against our religion,” says Zangpo, author of the Facebook page Weed legalization in Bhutan, a rare voice publicly calling for an overhaul of the country’s cannabis laws.

“This means the two problems become one in everyone’s mind and we see no difference [legally] between using the two,” he adds.

The tiny kingdom wedged between the far corners of Asia’s two dominant powers, India and China, remains shrouded in mystery.

Bhutan’s remoteness was apparent even before arrival as my plane descended from the cloud-encased peaks of the Himalayas and weaved its way up the Paro River valley. Seemingly skimming the rooftops of the capital, we landed at Thimphu International airport and skidded to a stop on a runway that seemed far too short. 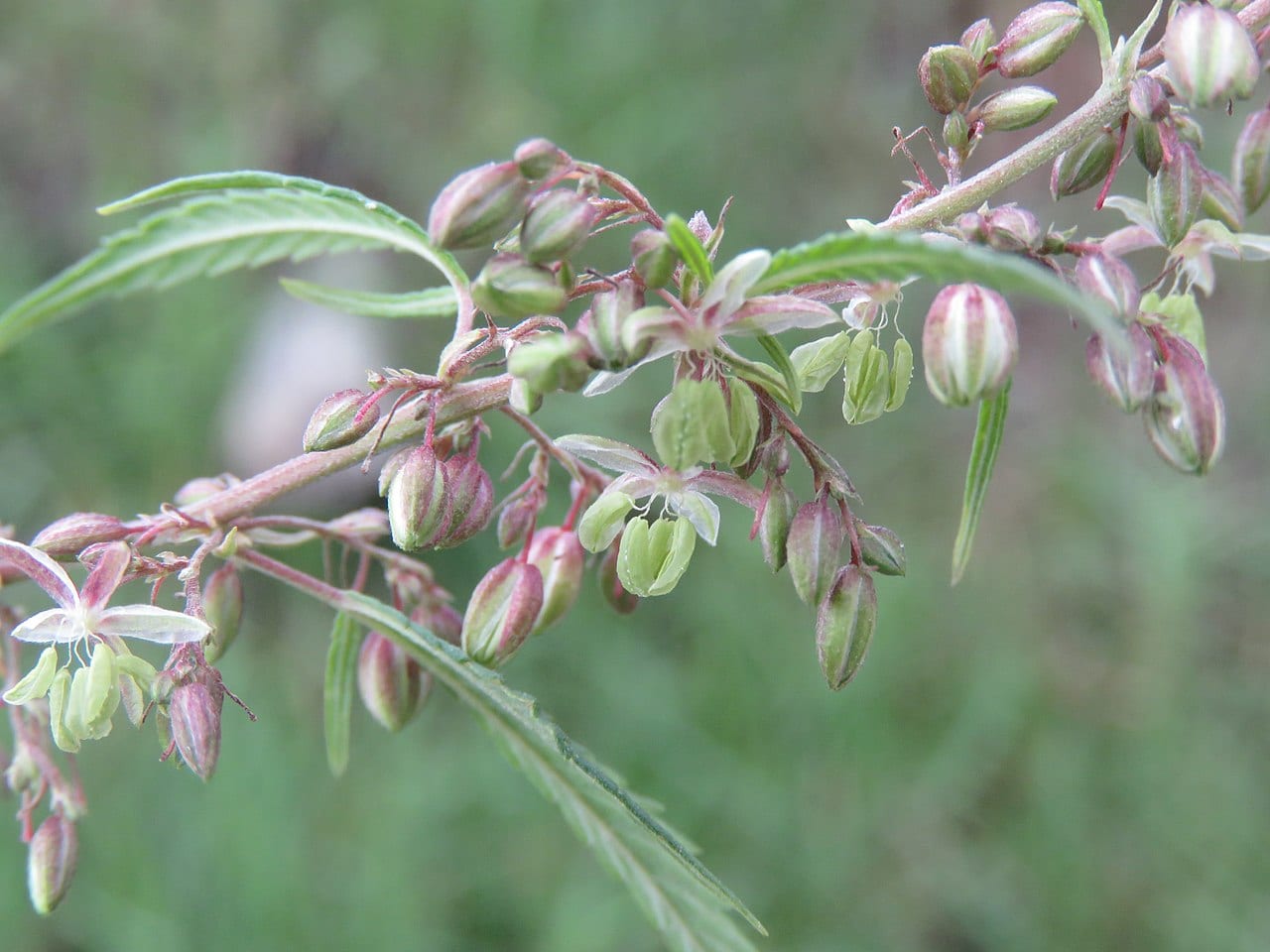 Thimphu, a South East Asian sativa, is the most common strain growing wildly throughout Bhutan. Photo by Vinayaraj via Wikimedia Commons

I was there in 2017, specifically to cycle the Cholela pass, the country’s highest road, but also to satisfy a need to see this hidden kingdom. Unlike most developing countries Bhutan almost discourages visitors by charging tourists US$300 per day. The payment includes basic food, accommodation and a fee for a mandated guide, a so-called tender.

Known as the Land of the Thunder God, 800,000 citizens are devoted to Bhutan’s royal family as well as their religion, Vajrayana Buddhism. By some accounts it was a particularly devout king that ruled in the 17th century who forbid the use of cannabis as it goes against the Vajrayana principle of keeping the body pure. Relatedly, Bhutan is one of the only countries that prohibits smoking tobacco.

Pandemic aside, the country sees few tourists thanks in part to its high cost of visiting. Since the recluse nation legalized television in 1999, foreign ideas and habits have crept into Bhutanese society via the internet and social media. One of those ideas is that the weeds their pigs have been gorging on for the past 400 years is a fine thing to twist up in paper and put fire to.

The most common strain growing wildly in Bhutan is narrow-leaf Thimphu cannabis, a South East Asian sativa. It’s known to have a sweet-and-sour taste and is sought after for its long-lasting cerebral high. It’s available commercially in the U.S. and Holland, and is becoming more common in neighboring countries.

Along with the realization that the pig feed can get you high came the revelation that cannabis has real market value in the outside world. Consequently, smuggling Bhutanese weed — mostly to India — has become a serious cross-border crime. 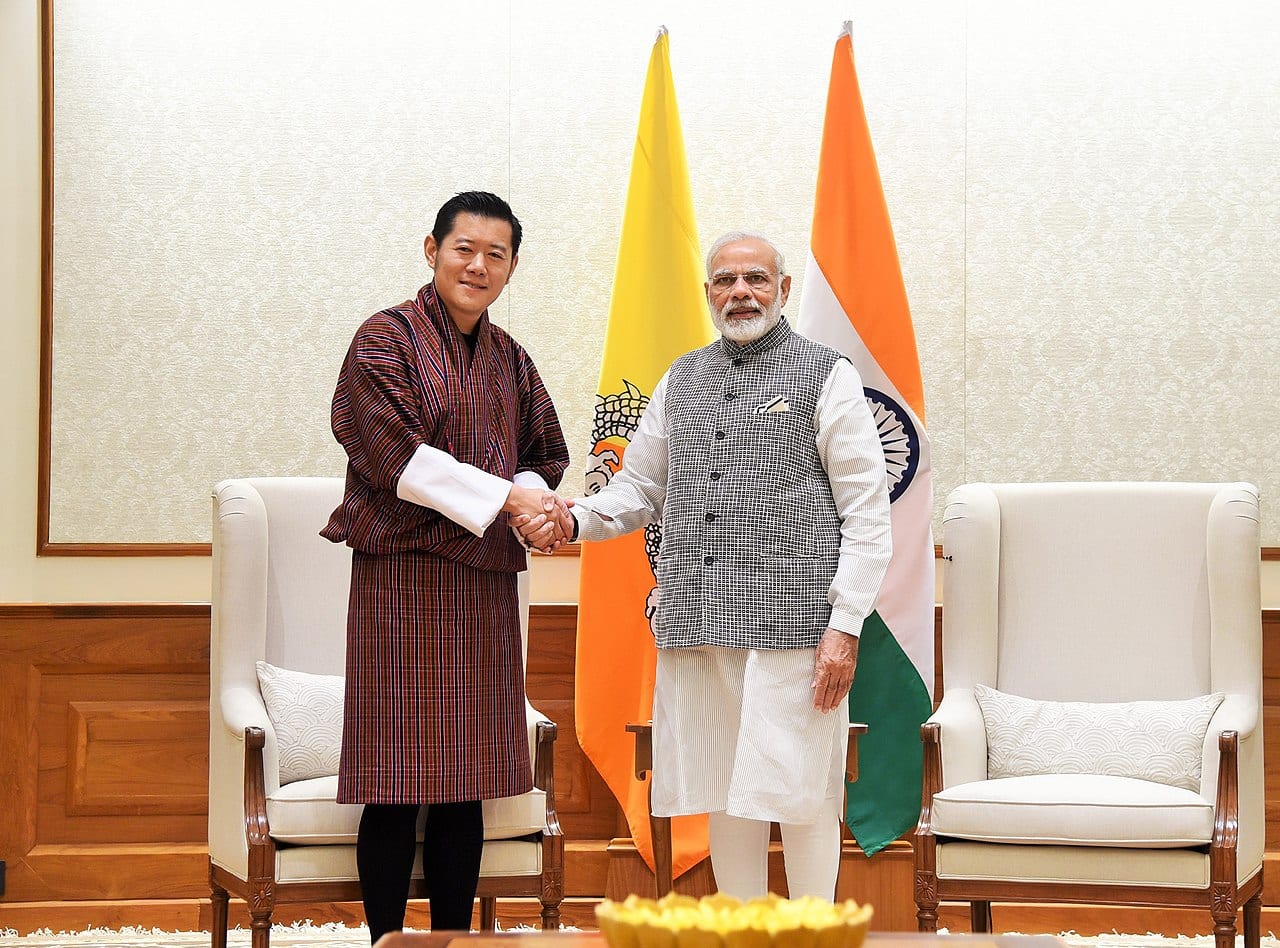 According to Weed legalization in Bhutan, 80 per cent of those incarcerated in the Kingdom today are there for cannabis possession or use. Meanwhile, it continues to grow freely throughout the countryside despite an eradication program that’s been tasked with burning fields of it, but to little effect.

In 2011, the Bhutanese government passed a new penal code to strengthen its weed laws. Now, officially classified as a misdemeanor, possession is punishable by up to three years and intent to sell (possession of over 50 grams) by up to nine years in prison. However, the courts allow a caveat that forgives incarceration for those who agree to take counselling.

There’s also official recognition of the value of hemp fibre, which the Bhutanese have used to make cloth, rope and bow strings for millennia. Hemp, therefore, is grown legally in certain areas of the country’s west, but must contain less than 1 per cent THC.

To date there, there are no exceptions to for medical cannabis, and no plans to change any of Bhutan’s pot laws despite a legalization movement in other neighbouring nations in Asia. Even Zangpo of Weed legalization in Bhutan is unsure about the issue. He agrees that weed use is against the Bhutanese religious belief in purity, but he also sees the harms of prohibition alongside the great economic potential for both domestic and export sales.

“I want to see better regulation… to stop the youth going to jail — better rehabilitation and laws to allow our people to prosper economically from exporting it instead of smuggling [it] out of the country,” Zangpo says.

It’s taken centuries for Bhutan to open to the world and since that recent opening their traditional culture has absorbed outside ideas and technology in a small amount of time.

The taboo against cannabis is an old one but there is some hope for legal reform considering the progressive views of the country’s king. King Jigme Khesar Namgyel Wangchuck the Dragon King has pledged to lead the country into the modern era through education, business and civil service.

Zangpo is hopeful the King could inspire a shift in the minds of his people, which could lead to state regulation of cannabis for their benefit.

“Our king’s obligation is to strive for the happiness of his people. I believe he will see how cannabis can contribute to that happiness.”