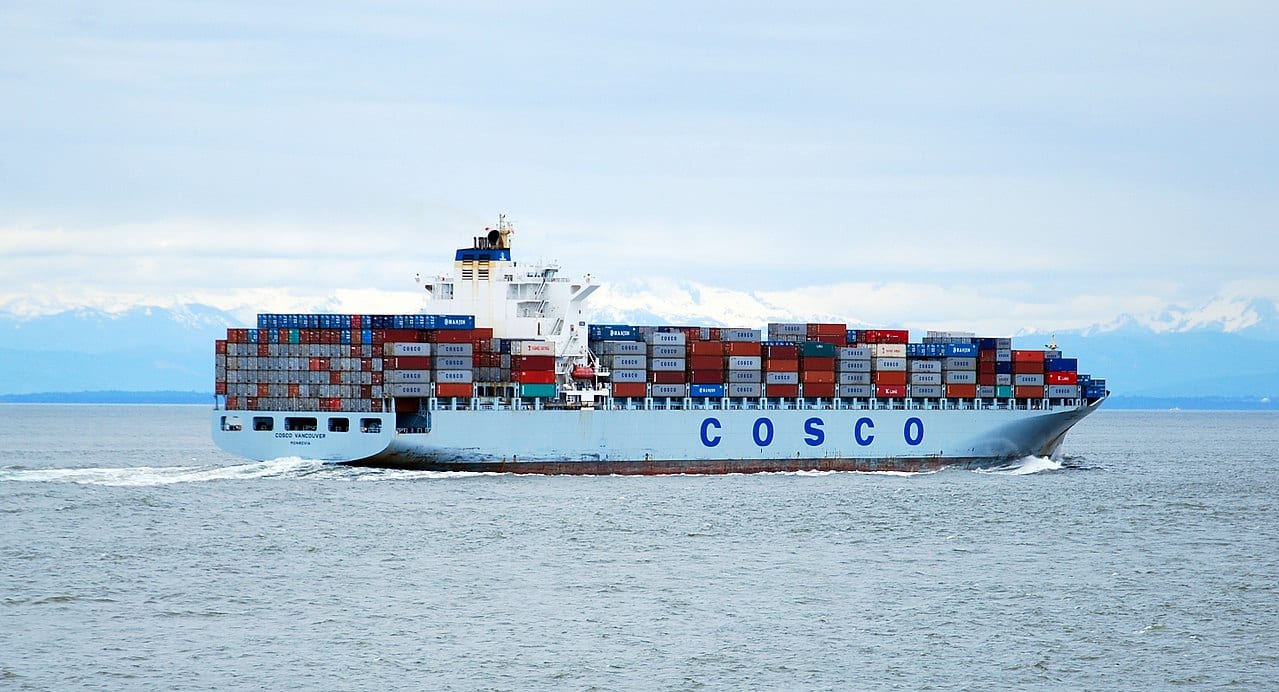 While licensed producers contend with a still-thriving illicit market on home turf, Canadian cannabis companies are seizing on first-mover advantage abroad as they ramped up exports last year by over 300 per cent, according to Health Canada data obtained by Mugglehead.

But with cost per gram being the highest driver of sales, experts say Canada will likely lose out in the medium-to-long term to competitors in countries like Colombia and Uruguay where the climate is ideal for growing and labour costs are much lower.

Primarily led by established medical markets in Israel and Germany, a grand total of 13,849 kilograms of dried flower and 10,494 litres of cannabis oil was exported, increasing from 3,104 kilograms and 3,102 litres of oil in 2019 — a combined annual increase of 292 per cent. 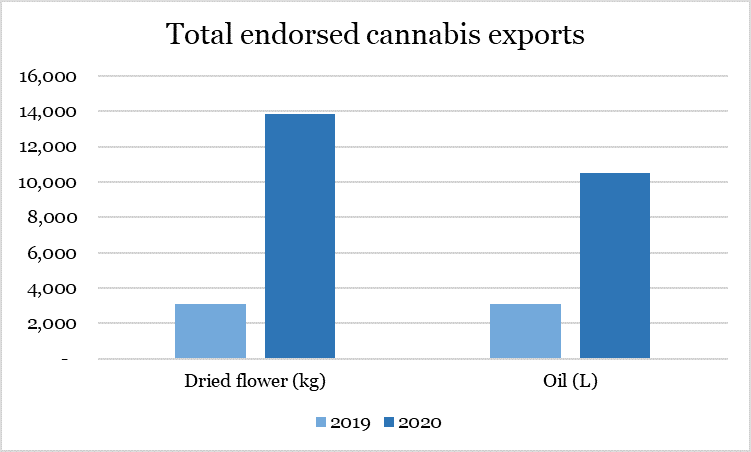 Exports are endorsed after the Minister of Health receives confirmation within 15 days of an approved shipment being completed. In 2020, dried flower exports increased 346 per cent and oil exports by 238 per cent. Statistics are current as of Jan. 19, 2021 and are subject to change. Updated stats will be published by Health Canada in the coming months. Data visualization by Mugglehead via Health Canada data

As Israel announced an official plan to legalize recreational weed, a flood of supply deals for the medical market brought in 7,933 kilograms of dried flower from Canada but no oil.

With its own established medical cannabis program, Germany imported 5,175 kilograms of Canadian dried flower and 1,321 litres of oil.

Australia was the leading importer of cannabis oil, with 8,654 litres shipped from Canada but only 602 kilograms of dried flower. 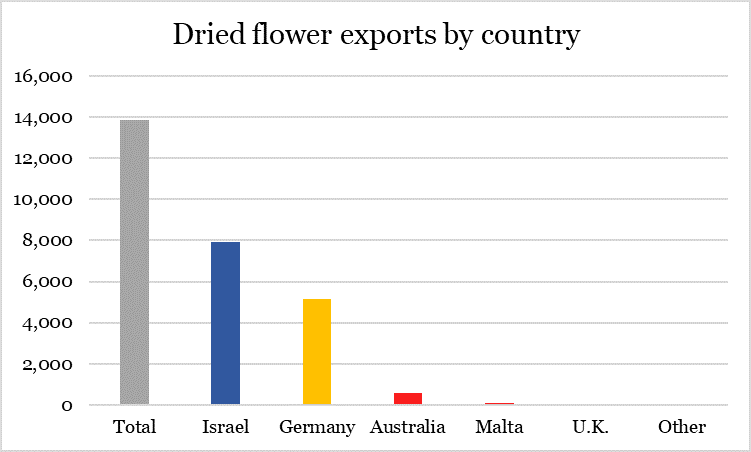 All cannabis products exported and imported from Canada is more medical or scientific purposes. Data visualization by Mugglehead via Health Canada data

Malta imported 116 kilograms of dried flower and 108 litres of oil.

And the United Kingdom brought in 13 kilograms of flower and 202 litres of cannabis oil.

The only significant import of weed into Canada was just under 5 kilograms of dried flower from Jamaica via Global Canna Labs. The shipment was announced by the company in December, hailing it as a significant step for the country’s developing medical and scientific cannabis industry.

Canada’s increasing export figures seem to indicate strong growth potential for the sector, but stiff competition is already shaping up.

In Germany, for example — where Canadian LPs like Aphria Inc, Aurora Cannabis, Canopy Growth, Cronos Group, Maricann, Northern Green Canada and Tilray sell product — firms are having to compete with more operators already inside the European Union, in places like Spain and Portugal.

Until recently, international medical cannabis company Materia Ventures was restricted to buying from sources available inside the E.U., which it then sold to Germany’s pharmaceutical network. But after receiving E.U. GMP licensing this week, it can now import from around the globe.

“We will be bringing products in from variety of countries, including Canada,” says Materia CEO Deepak Anand. “But the underlying theme here is that Canada is not really going to be competitive on a cost-per-gram basis in the medium-to-long term.”

Given the cost differential, Materia isn’t banking on Canadian supply to a great extent, Anand explains. With more cost-effective players coming online in places like Spain, Uruguay and Colombia, it’s hard not to imagine them eating up market share.

Last May, PharmaCielo Ltd. announced the world’s lowest production cost, at $0.04 per gram.

Additionally, Anand predicts tightening of the Israeli and Australian markets as regulations develop. There are rumours those countries could start mandating GMP certification, which would greatly reduce the number of producers able to export there.

Top image of a container ship leaving the Georgia Straight in Vancouver, B.C., by Skibuff18 via Wikimedia Commons