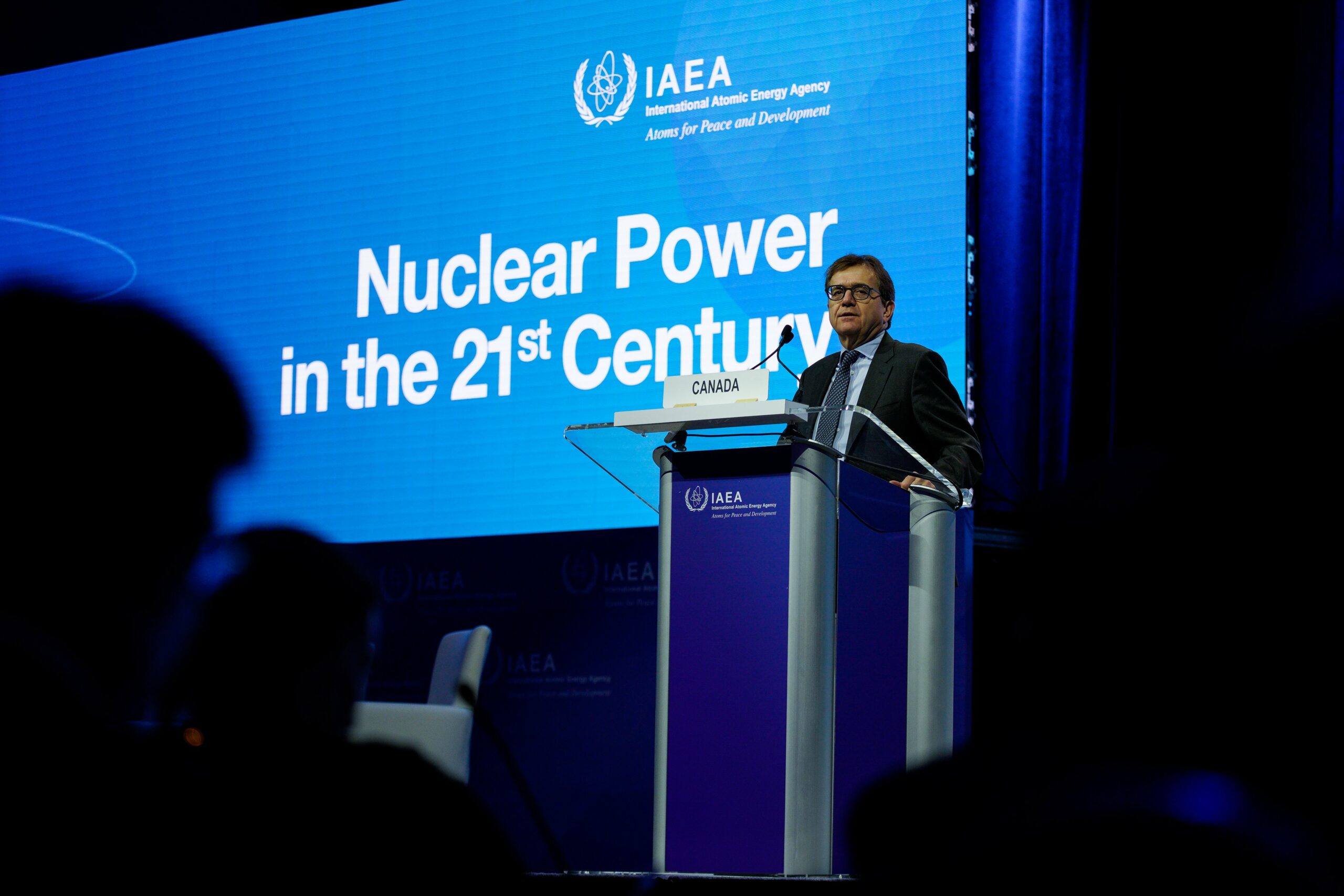 Canada is investing and pushing for new nuclear power technologies in sight of the current global energy market ecosystem, according to the Canadian Minister of Natural Resources

Minister Jonathan Wilkinson said that because of Russia’s illegal invasion, energy affordability and security are now at the forefront of international affairs. He added that the conflict has exposed the vulnerability of global energy markets and impacted the supply chain of many industries.

In the statement, the Minister said Europe is replacing Russian energy imports with those from other countries while concurrently accelerating a transition toward non-emitting and more secure forms of energy, including renewables, hydrogen and nuclear.

However, the global economy was already changing as more financial markets are increasingly pricing climate risk into investment decisions.

“Smart money is flowing from assets that are not compatible with a transition to a net-zero world and toward opportunities that are,” said Minister Wilkinson.

Canada is a strong player in nuclear power

Canada was the second country to ever produce nuclear power and since then they encourage and promote the safe, peaceful use of nuclear energy around the world.

“Today, as a Tier-1 nuclear nation with over 70 years of technological leadership, a world-class regulator and a strong domestic supply chain, our nuclear sector is poised to be a leader in an emerging global market that some estimate to be worth up to $150 billion a year by 2040,” said Minister Wilkinson.

Canada is home to the largest deposit of high-grade uranium on earth which is located in Saskatchewan. The country also produces over 70 per cent of the world’s supply of cobalt-60, which is the most common isotope used in radiation therapy and medical equipment sterilization.

In 2019, 539,773  tonnes of elemental uranium had been mined in Canada which was about one-fifth of the world’s total. However, in 2020 it was overtaken by Kazakhstan and Uzbekistan.

Uranium production comes mainly from the McArthur River and Cigar Lake mines in northern Saskatchewan. Canada has uranium resources of 606,600 tonnes of Uranium which makes it a significant player in meeting future world demand. 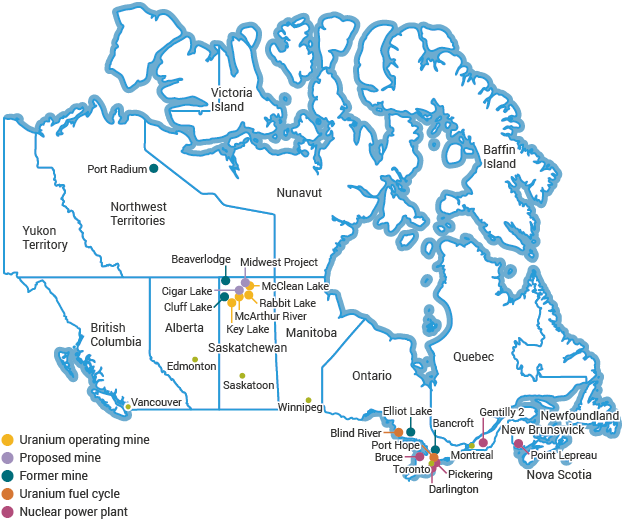 The budget also expanded the role of Canada’s Infrastructure Bank, allowing it to invest in infrastructure projects that will accelerate Canada’s transition to a low-carbon economy such as small modular reactors (SMR). 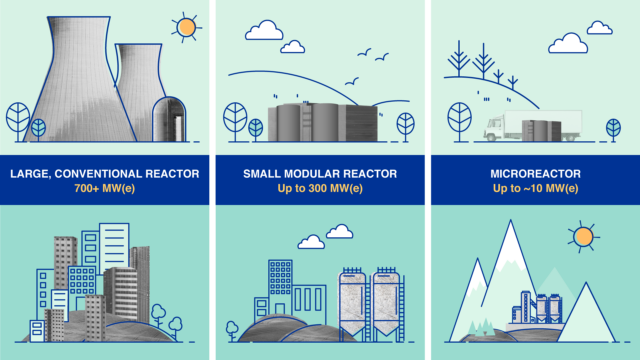 Small modular reactors (SMRs) have a power capacity of up to 300 MW(e) per unit. Many SMRs, which can be factory-assembled and transported to a location for installation, are envisioned for markets such as industrial applications or remote areas with limited grid capacity. Image by A. Vargas via International Atomic Energy Agency

Small modular reactors work by nuclear fission but are smaller than conventional reactors and can be transported to a different location than where they were fabricated.

The first Canadian SMR, a five-megawatt Micro Modular Reactor design, is set to be launched in 2026 at the Canadian Nuclear Laboratories’ site at Chalk River, Ontario which has an investment of $1.2 billion for revitalization.

On Tuesday, the Canada Infrastructure Bank announced a loan of $970 million to develop Canada’s first commercial SMR which is a larger, 300-megawatt project that will start functioning at the Darlington, Ontario generating station by 2028.

The government also invested $27 million in financing for Westinghouse Electric to help advance microreactors in Saskatchewan. 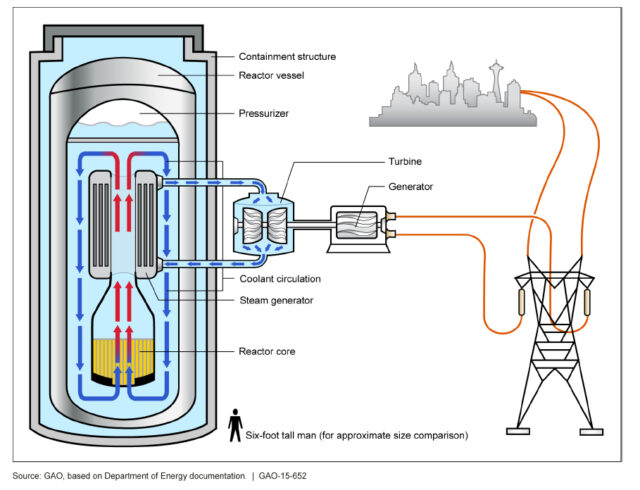 Nuclear power is non-emitting and safe

Nuclear power is non-emitting which means the electricity produced doesn’t release any greenhouse gases as a result of fuel combustion. This type of power is also considered safe and provides affordable –when used properly– baseload power which is the minimum amount of electric power needed to be supplied in an electrical grid.

Worldwide, nuclear power has helped avoid about 55 gigatonnes of carbon dioxide emissions over the past 50 years and provides roughly 10 percent of the world’s electricity.

In this article:nuclear power, small 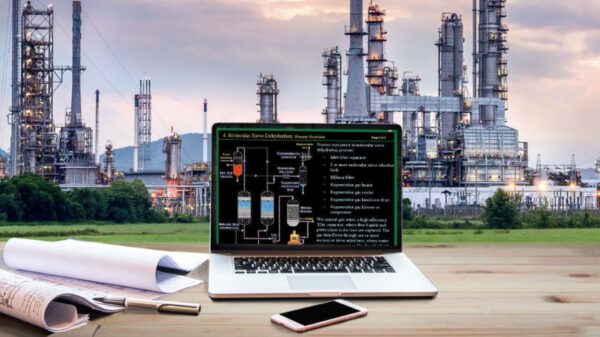 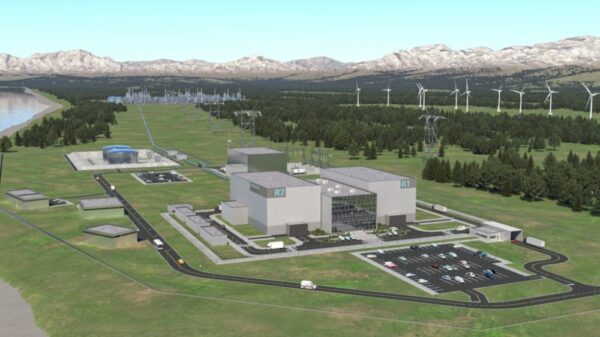 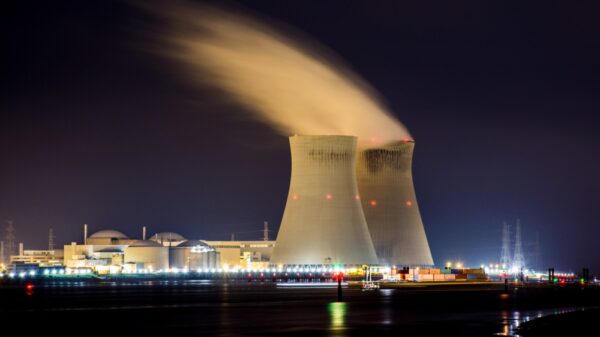 The Mugglehead technology roundup: the future is nuclear

The future is nuclear and here are four other companies making the rounds in that sector. 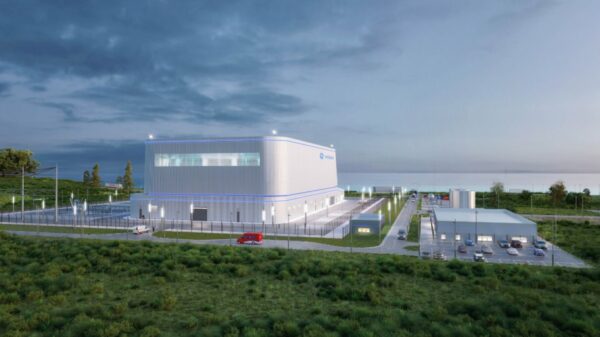 Entirely owned by the province, OPG has operated nuclear power facilities for over 50 years.