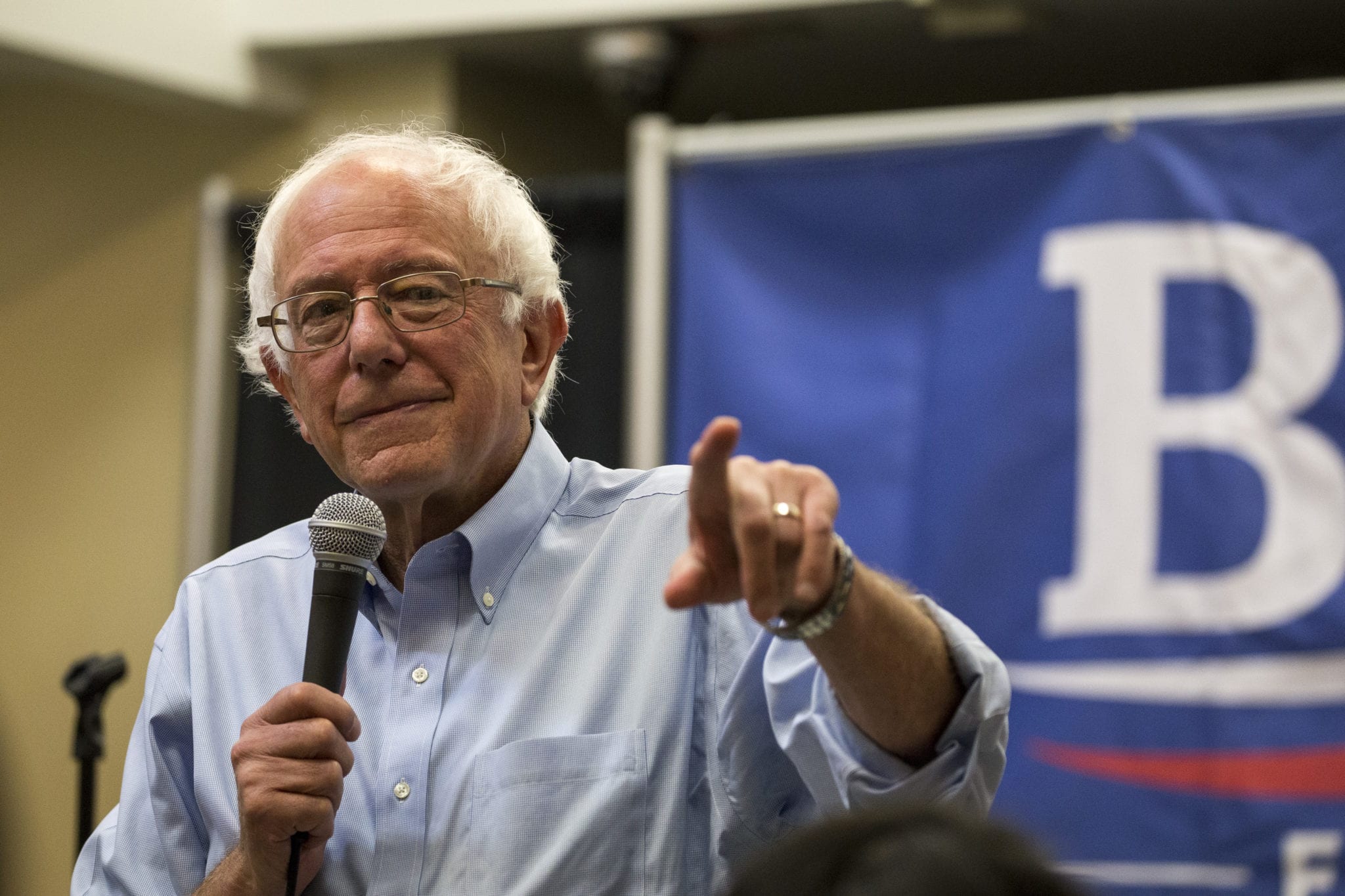 Bernie Sanders created a buzz in the cannabis space after he revealed the most ambitious legalization plan to date that pledges to use executive action to end prohibition within 100 days if he is elected U.S. president.

The Vermont senator and 2020 Democratic candidate launched the sweeping proposal Thursday, precisely at 4:20 PM EST — the time of day associated with marijuana use. Unlike his rivals, Sanders would bypass Congress to remove cannabis from the Controlled Substance Act, while also applying pressure to the lower chamber to pass a legalization bill and form a permanent policy.

The senator said he will nominate an attorney general, Health and Human Services secretary, and Drug Enforcement Administration administrator to combine forces “to aggressively end the drug war and legalize marijuana.” Once the team is in place, he would issue the executive order to deschedule cannabis.

But Sanders’ federal legalization plan doesn’t favour today’s big weed players. It focuses rather on setting up an equitable industry that would help those who have been most negatively affected by harsh U.S. pot laws.

“Too many lives were ruined due to the disastrous criminalization of marijuana. Today I am releasing my plan to: Legalize marijuana with executive action, expunge past marijuana convictions, (and) invest in communities most affected by the War on Drugs,” the 78-year-old politician tweeted.

He intends on using US$50 billion in tax revenue from legal cannabis sales to help fund four different federal programs all focused primarily on minority communities.

One program would allocate US$20 billion to provide entrepreneurs of colour who continue to face discrimination with access to capital. Another would establish a US$10 billion grant program under the U.S. Department of Agriculture to help marginalized individuals start cannabis farms and cultivation sites “to ensure people impacted by the war on drugs have access to the entire marijuana industry.”

Too many lives were ruined due to the disastrous criminalization of marijuana. Today I am releasing my plan to:

✅ Legalize marijuana with executive action
✅ Expunge past marijuana convictions
✅ Invest in communities most affected by the War on Drugs https://t.co/0xQSHn6F3U

Sanders says in states where pot is legal “millions of dollars are being made by mostly white, mostly male, and already rich ‘cannabiz’ entrepreneurs.” Instead of supporting this model, he wants marijuana businesses to be structured like nonprofits.

The senator’s plan would implement market share and franchise caps to prevent major cannabis corporations from consolidating and profiteering.

This means a company like MedMen Enteprises (CSE:MMEN) would have to change its strategy to become America’s leading pot retailer. And Massachusetts-based Curaleaf (CSE:CURA) would also have a hard time executing its plan to become the world’s largest cannabis company.

In addition, tobacco companies would be prohibited from entering the legal industry if Sanders is elected commander and chief.

“Big Tobacco is already targeting the marijuana industry for its profits,” the plan reads. “As president, Bernie will not allow marijuana to turn into Big Tobacco.”

The proposed ban would spell trouble for a few Canadian pot stocks trying to enter the lucrative U.S. cannabis market.

The maker of Marlboro, tobacco giant Altria, bought a 45 per cent stake in Cronos Group (TSX:CRON)(NYSE:CRON) for $2.4 billion late last year. Under Sanders’ plan, the major weed company would be shut out of the world’s biggest pot market, or have to part ways with its big money backer. Either situation equals a significant financial loss.

The same would go for Auxly Cannabis (TSXV:XLY)(OTCQX:CBWTF), as the smaller pot firm gained a $123 million investment from tobacco heavyweight Imperial Brands last July to expand its business — but not in Bernie’s U.S.A.

It wouldn’t be all bad for the industry if Sanders gets into the White House and legalizes pot.

Declassifying marijuana would eliminate the current onerous barriers to banking services for growers and dispensaries and allow them to access the banking system like any other business.

And don’t forget the world’s largest cannabis company Canopy Growth (TSX:WEED) would be able finalize its unique acquisition deal with multi-state operator Acreage Holdings (CSE:ACRG.U) if cannabis is legal at the federal level.

But overall, the chances of Bernie’s plan seeing daylight is relatively slim.

According to the latest RealClearPolitics national poll average, the senator sits in third place behind Sen. Elizabeth Warren and frontrunner Joe Biden.

If Biden wins, cannabis would also likely stay illegal, as the former U.S. Vice President has shown tepid support for marijuana reform and has a long track record of voting in favour of prohibition.