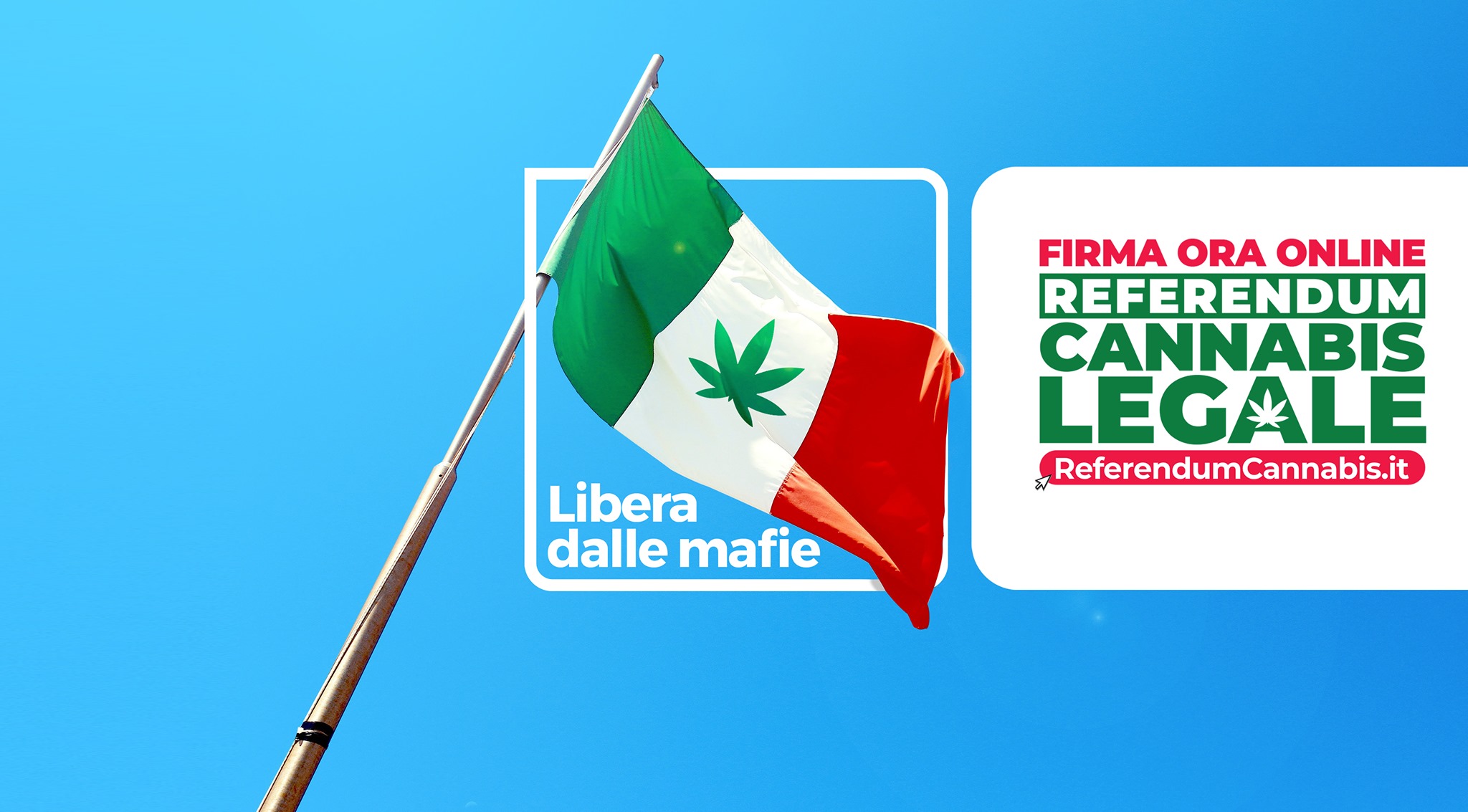 Within 7 days, more than 500,000 voters signed a referendum in Italy to change laws around cannabis. Image via ReferendumCannabis.it Facebook

Weed advocates in Italy say that in a matter of days, an initiative to decriminalize personal cultivation and use of cannabis has gained enough support to kick off a referendum.

On Saturday, seven days after launching a ballot initiative, more than half a million people had signed on to the referendum push, enough for it to be considered and sent to a public vote in Italy.

“Here we are, here’s the number that makes it all true! More than 500-thousand online signatures in just one week for the #ReferendumCannabis. We celebrate them by thanking you one by one because something like this has never been seen before and not only in Italy,” organizers wrote in a Facebook post.

“But now the race continues, to secure this finish line we have very few days to collect many more. So with a smile, we keep sharing, explaining, taking to the streets, discussing because we know exactly what we want: legal cannabis and Italy free from the mafia!”

Popular referendum votes in Italy require 500,000 signatures from voters or five regional councils in order to repeal an existing law or measures, either as a whole or in part.

While the group had until Sept. 30 to collect the necessary signatures, a recent law made the process easier by allowing verified electronic signatures.

The group aims to amend a 1990 law by removing prison sentences for most illegal conduct related to cannabis, and decriminalizing the cultivation of any substance. Organizers note on their website that this doesn’t decriminalize all drugs because most require subsequent steps to be consumed, and other laws around illicit production would remain.

The referendum would also get rid of a penalty that suspends people from driving or using a moped for up to three years if they’ve been found to be using drugs.

After the proposal is submitted, it will be reviewed by the Supreme Court of Cassation and the Constitutional Court.

If there aren’t any issues, President Sergio Mattarella can issue a decree to hold the referendum vote and set a date, which could be next spring.

Using pot in Italy could result in a fine or losing personal documents while selling and cultivating weed is punishable with prison time.

Earlier this month, Italy’s lower house justice committee voted to decriminalize the cultivation of up to four plants for personal use.

Italy’s Supreme Court ruled small-scale cultivation for personal use was legal in 2019, but that hasn’t changed any legislation.

In this article:cannabis, cultivation, Italy, referendum