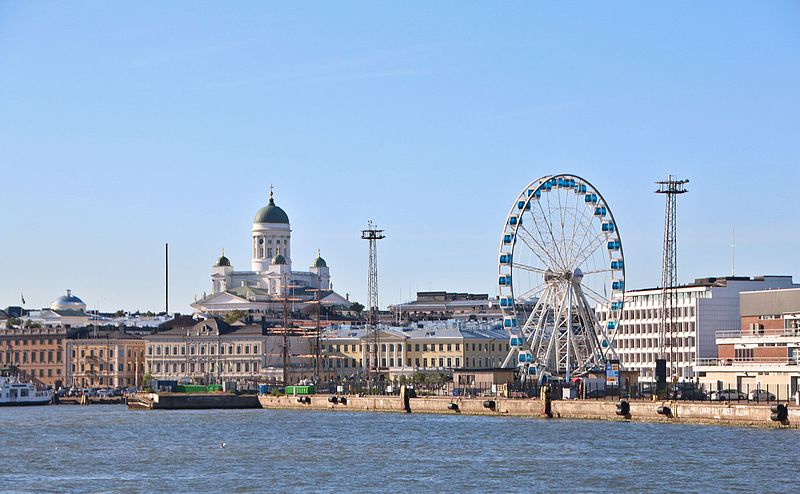 The Green League in Finland is the country's first parliamentary party to support cannabis legalization. Image by দেবর্ষি রায় via Wikimedia Commons

Finland’s Greens have become the country’s first parliamentary party to support the legalization and regulation of cannabis.

In a tight 183–181 vote Sunday, the Green League approved an initiative to repeal the Cannabis Prohibition Act, as well as allow the use, sale, possession and cultivation of weed.

Cannabis sales, manufacturing and taxation would be regulated similar to alcohol and tobacco, and the party supports removing the registry of offences from cannabis use, which otherwise remain in police systems for several years.

In a blog post Monday, the party acknowledges that society’s approach to substance use so far doesn’t work, which is why the Greens have advocated for the decriminalization of drug use and possession and abandonment of criminality.

“The Greens believe that punishing users has not helped, but the fact that those who need help and support have access to services has proven to reduce harm. When user crimes have been abandoned in other countries, it has been found that people dare to seek better treatment,” reads the blog.

“With regard to the legal status of cannabis, there are more generally justified positions both for the Greens and among all Finns, both for and against.”

The Green League’s vice chairs, Hanna Holopainen (left) and Atte Harjanne, disagree on cannabis legalization while the party advocates for a focus on harm reduction. Image via the Green League

Party vice-chair Atte Harjanne voted in favour of legalization because international examples have shown the benefits.

“Regulated and legal sales generate tax revenue that currently goes to support criminal activity. Indeed, legalization that goes beyond decriminalization is in favour of bringing sales under control and regulation, so that activities no longer feed crime.”

While she’s not in favour of legalizing weed, vice-chair Hanna Holopainen acknowledged in the blog that harm reduction is a priority of the Green’s drug policy.

“I welcomed the party government’s bottom line, which took good account of the different perspectives on the subject within the party,” she says.

However, she emphasizes there are risks to cannabis use which is why the party is focused on prevention and reducing drug use.

“I see that the decriminalization of drug use, which has already been advocated by the Greens, is a sufficient step in Finland at this stage,” she adds.

“Conclusion from the party meeting: Polyphonic party!” Holopaine wrote in a tweet. “A common strong position on climate change, but a wide range of opinions on drug policy, for example! The topic is important and discussion is needed!” reads a translation.

The Green’s 2019–2023 objective plan shifts focus on substance use towards harm reduction.

Cannabis is the most commonly used drug in Finland and is currently illegal. Medical use of cannabis is legal in the form of Sativex, but only in closely regulated circumstances.

In 2019, a petition to decriminalize cannabis garnered more than 50,000 signatures, and was sent to parliament.