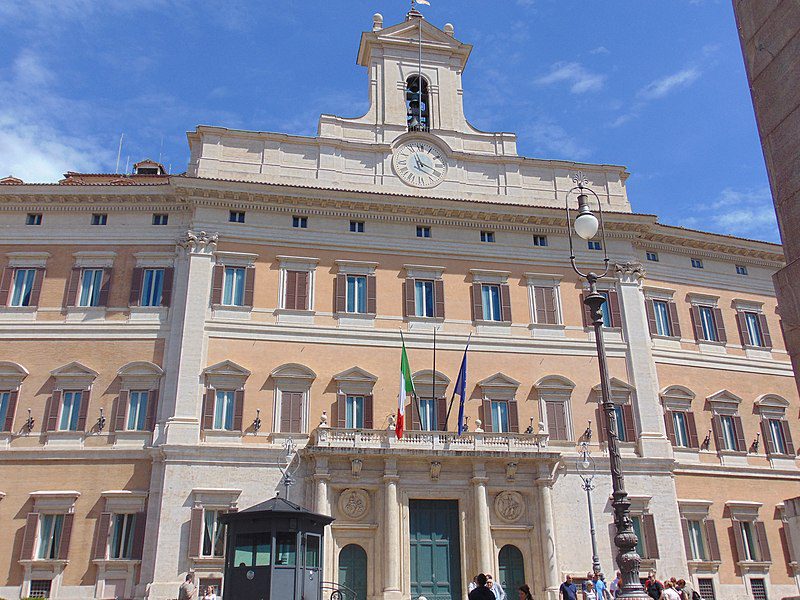 Italy's Palazzo Montecitorio which seats seat of the Italian Chamber of Deputies. Photo by Nicholas Gemini via Wikimedia Commons

Italy is set to decriminalize home cannabis cultivation for personal use.

On Wednesday, the country’s lower house justice committee approved a new text for cannabis cultivation, decriminalizing the cultivation of up to four female plants at home for personal use.

Mario Perantoni, five-star deputy and rapporteur of the bills, announced the approval, saying, “The cultivation of hemp at home is essential for patients who must make therapeutic use of it and who often do not find it available as well as to combat the sale and the consequent criminal undergrowth.”

The text pulls from three bills, with allowing cultivation being the most notable change.

In 2019, Italy’s Supreme Court ruled small-scale cultivation for personal use was legal.

Elio Vito was the exception of centre-right parties voting against the text. One group abstained, but all other groups voted in favour.

He thanked the party for giving him “ the opportunity to express my favourable vote, in line with my history and my radical and anti-prohibitionist beliefs.”

“An important news: it was approved in comm. the basic text on cannabis that decriminalizes home cultivation is executed. A norm of civilization for the sick who must make a therapeutic and fundamental use to fight organized crime. Now forward in the classroom,” the Democratic Party’s Marco Furfaro writes in a tweet.

According to La Repubblica, crimes considered “minor” were decriminalized as well.

However, punishment for drug trafficking charges increased from six years to 10 in prison as a deterrent to illicit cannabis sales.

A date must be set for amendments to the basic text and after discussion, then the text will go to the Chamber.

Cannabis for medical and industrial use is permitted in Italy, though recreational sales aren’t.

According to Prohibition Partners, Italy remains the second-largest market in Europe based on 2020 figures, which estimate the country uses 1.2 tonnes of medical cannabis to serve about 20,000 patients.

In this article:basic text, cannabis cultivation, Italy, personal use