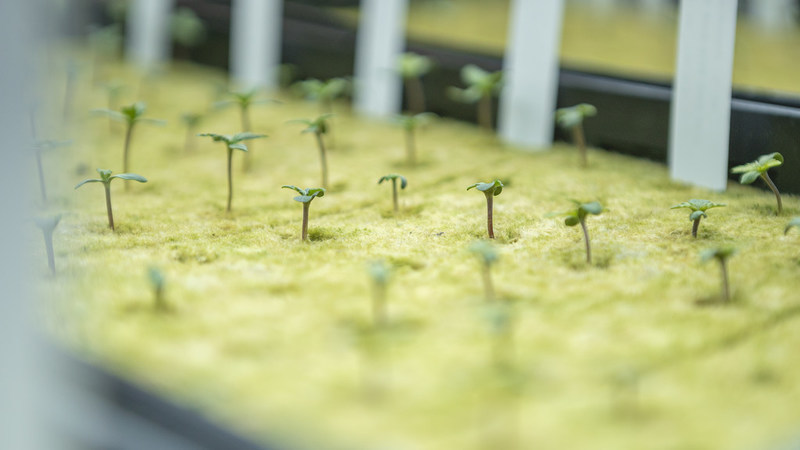 Many in the industry have been calling for a more diverse supply of clean, quality genetics. Photo via Aurora

Cannabis giant Aurora Cannabis Inc. (TSX: ACB) (Nasdaq: ACB) is attempting to address one of the major pain points in the Canadian industry with the launch of a new breeding program.

In a statement Tuesday, the company said it’s new genetics licensing business, Occo, will be involved in the commercial advancement of novel cannabis cultivars from its breeding-focused facility in Comox, British Columbia.

With the “largest catalogue of high-quality genetics available for licensing in Canada,” Aurora says Occo is well-positioned to provide value for cannabis growers.

“Under the Occo umbrella, licensed producers will be granted access to a strong pipeline of novel cultivars and innovative traits that will meet the evolving expectations of consumers,” he said in the statement.

“Occo already has more than 30 high-quality cultivars, not available anywhere else on the market, that are ready for immediate trial and exclusive licensing.”

Many in Canada’s legal weed industry have decried the lack of diverse, clean genetics. Currently, there are only 26 nursery licences compared to 592 cultivation licences in the country. With such a tight supply, popular cultivars — like Black Cherry Punch and Wappa — have glutted retail.

Aurora says its breeding business has seen early success, having commercialized new cultivars including North 40 Cannabis’s Farm Gas, as well as Lemon Rocket, Stonefruit and Driftwood Diesel with its own San Rafael ’71 brand.

“As a micro-producer with a long background in cultivation, I focus on quality over quantity and really look for unique strains that give consumers what they want,” North 40 owner Gord Nichol said.

“My experience with Aurora was genuinely positive. We’ve grown two cultivars so far, Farm Gas and Sourdough, and both have been impressive in terms of THC levels and [terpenes]. It was a relief to bring the fire to market again – this likely saved my business.”

Previously, North 40’s crops had been devastated by outbreaks of powdery mildew.

Occo will be based out of Aurora’s Coast research and development hub, which the firm says is one of the world’s largest and most advanced facilities for cannabis breeding and genetics.