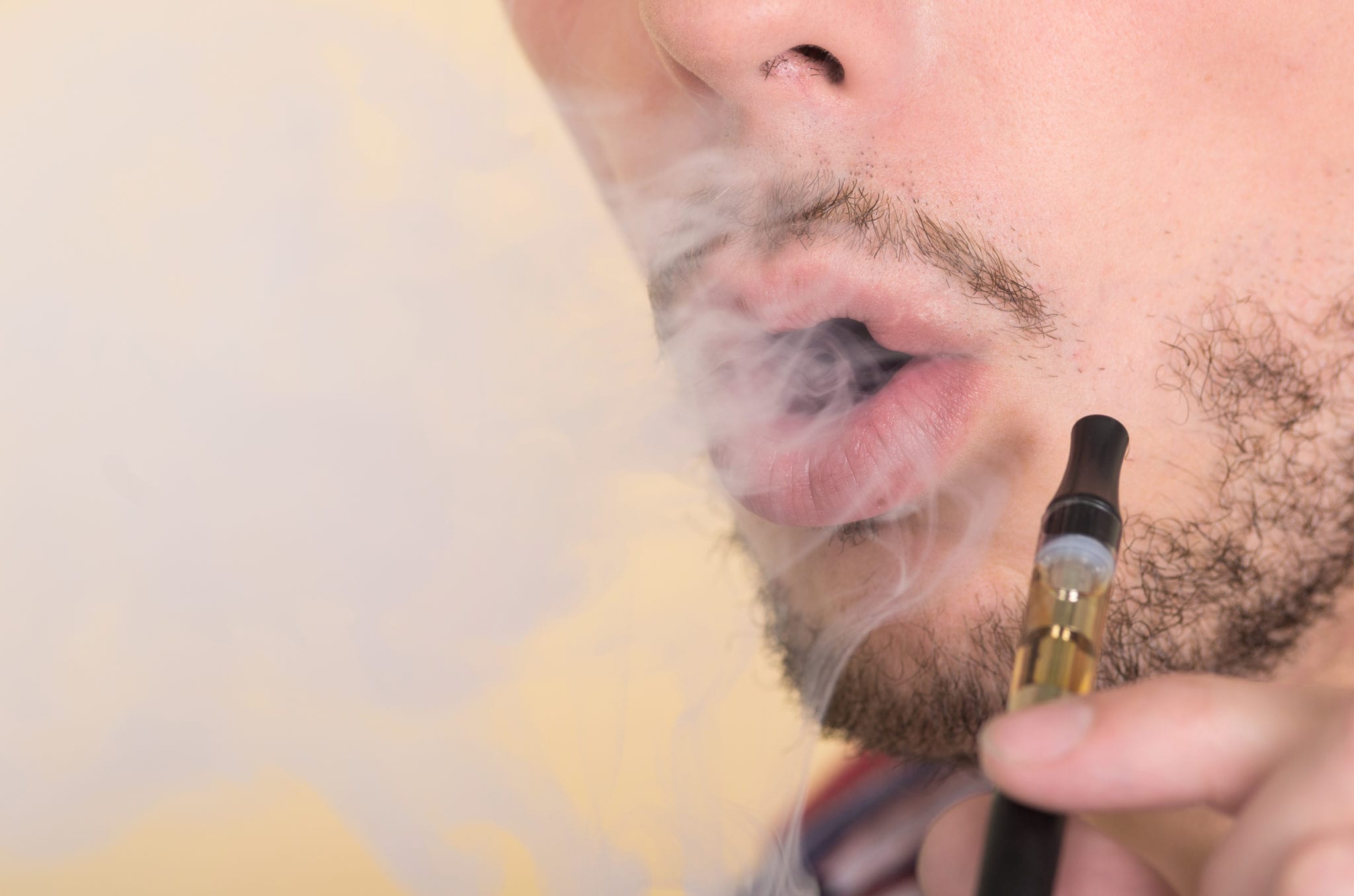 Federal health officials in the U.S. have discovered more than three-quarters of patients with vape-related lung disorders had used products containing THC, but no one product or substance has been used by all the victims with the mysterious pulmonary illnesses.

As of last week, the Centers for Disease Control and Prevention (CDC) reported 805 lung injury cases and almost 77 per cent were linked to patients using THC-containing products. The death toll from the pulmonary disease in the U.S. has jumped to 15 after another fatality was confirmed Monday in Nebraska.

The issue has been widespread with lung injury cases being reported in 46 U.S. states with victims using a variety of products and substances. The CDC also revealed that 17 per cent of the cases were from patients who used nicotine-containing vaping products exclusively.

But a number of separate reports have shown the riskiest behaviour is using THC-containing vape products from the black market that contain dangerous cutting agents and additives. NBC News commissioned a leading cannabis testing facility to test 18 THC vaping cartridges from both licensed sellers and the shadow industry. The results show almost all of the black market cannabis vape products contained harmful substances, while the legal options came up clean.

.@NBCNews got 18 THC vape pen cartridges tested and found toxic substances including
– Vitamin E
– Pesticides
– Fungicide (which can be converted into hydrogen cyanide when burned)https://t.co/gwYRYXfX3n

State health officials have conducted lab tests on black market THC cartridges that were used by patients suffering from lung illnesses and discovered a number of the products contained the cutting agent vitamin E acetate — which is considered dangerous when inhaled.

When NBC News took the 18 THC vape cartridges to the CannaSafe testing lab the results showed 13 of the 15 of the products from unlicensed sources contained vitamin E acetate. But the three products from legal dispensaries in California contained no heavy metals, pesticides or residual solvents like Vitamin E.

When CannaSafe tested 10 black market THC cartridges for pesticides every single one came back positive. What’s even more troubling is each of those products contained myclobutanil, a fungicide that can transform into hydrogen cyanide when heated.

Although U.S. health officials to date have not identified a single substance or product related to the sudden outbreak of vape-related lung disorders, the bootleg brand Dank Vapes has been mentioned by patients most frequently.

Mark Hoashi, founder of The Doja App, exposed how some illegal Dank Vapes products tested positive for fenhexamid, a synthetic fungicide that causes severe damage to the respiratory and central nervous systems.

An exposé report by Inverse magazine revealed Dank Vapes is not a cannabis company but an underground popular packaging company that drug dealers use to sell illegal vape cartridges under.

Amazon recently removed a number of empty vape packaging from its website, including products sold under Dank Vapes. 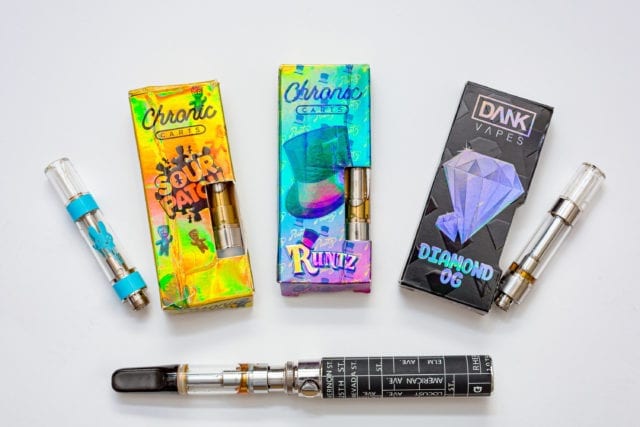 Stamping out black market key to the industry’s success

To date, only one of the deaths that have been recorded has been linked to a victim using a licensed THC vape product in Oregon. But according to a New York Times report investigators said it was unclear whether the person was using a regulated and tested product, or if they tampered with the device or added other ingredients.

In Canada, the first reported case of a vape-related lung illness occurred this month, and health officials warned citizens to avoid using products from the black market.

“Canadians are reminded that the purchase of vaping products outside the legal market may create additional risk as these products are unregulated and potentially unsafe, and thereby pose a risk to health and safety,” Health Canada said.

But with illegal sellers designing THC-containing products to mimic licensed products it further complicates the situation.

David Downs, California bureau chief at Leafly, says many illegal knockoff products are coming from China who are also making it easy for drug dealers to sell cheap, dangerous products.

“This all starts in China where you can get the empty cartridges both for the THC market and the nicotine market, as well as the additives, flavorings, and thickeners that are being put into these cartridges alongside the THC oil,” he told NBC News.

The confusion surrounding the vape-related health crisis has led to a 15 per cent decline in cannabis vape sales in the first week of September. Vaping has become wildly popular and accounts for around 25 per cent of sales in legal pot markets in the U.S.

But the crisis can also offer an opportunity for the cannabis industry, as it strengthens the argument for products to be regulated in order to keep consumers safe.

While black market products are cheap and readily available, consumers are seemingly taking on more risk not knowing what is inside the illegal items.

Michael Armstrong, a business professor at Brock University, said when vape pens become legal and available in Canada at the end of the year it will be a chance for the legal sellers to show their products are thoroughly tested and safe.

“It’s an opportunity for the legal producers to say, ‘OK, look, our products are tested. We have consistent manufacturing processes.’… Whereas with black market products, who knows what got put into those cartridges,” he said.

The underground market for vape products in Canada is worth $1 billion, according to Megan McCrae, the board chair of the Cannabis Council of Canada. She said the recent epidemic in the U.S. is likely linked to illegal products containing cutting agents.

“Most of these issues coming out of the U.S. are related to black market product and what black market producers are doing to cut corners… This could hopefully help bolster legal channels,” said McCrae, who also works for Aphria (TSX:APHA) as its vice-president of marketing.

HEXO Corp. (TSX:HEXO), a Quebec-based pot producer, has been developing a sophisticated line cannabis vape products and wants to reassure the public they will be safe.

“Legal extract product will be stringently tested for contaminants like heavy metals and solvents, which is not a process done with black market product,” the company said in a statement.