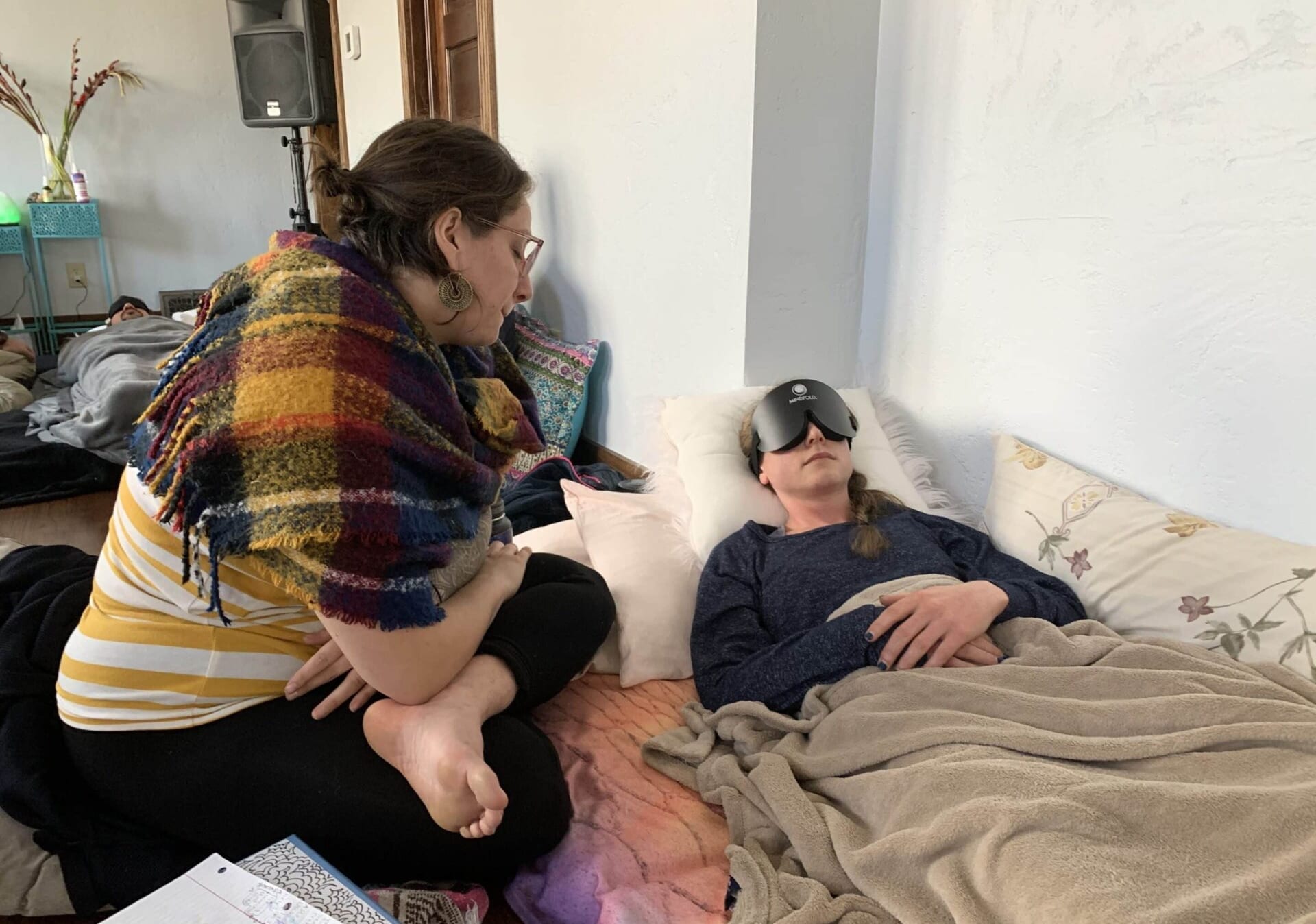 Popular club drug MDMA continues its course toward mainstream clinical channels with the successful outcome of the first Phase 3 trial for the psychedelic substance.

On Monday, The Multidisciplinary Association of Psychedelic Studies released the results of its study, showing 67 per cent of participants with chronic post-traumatic stress disorder no longer qualified for the diagnosis after three MDMA-assisted talk therapy sessions.

Overall, 88 per cent of participants experienced a significant reduction in symptoms.

In a statement, MAPS says the journal Nature Medicine is expected to publish a peer-reviewed paper detailing the study’s results.

The association is hopeful the findings will help its breakthrough-designated therapy gain approval from the United States Food and Drug Administration in 2023.

The Phase 3 trial replicated and expanded on Phase 2 results, MAPS says, indicating the method may be an effective and cost-saving treatment for PTSD resulting from any cause. 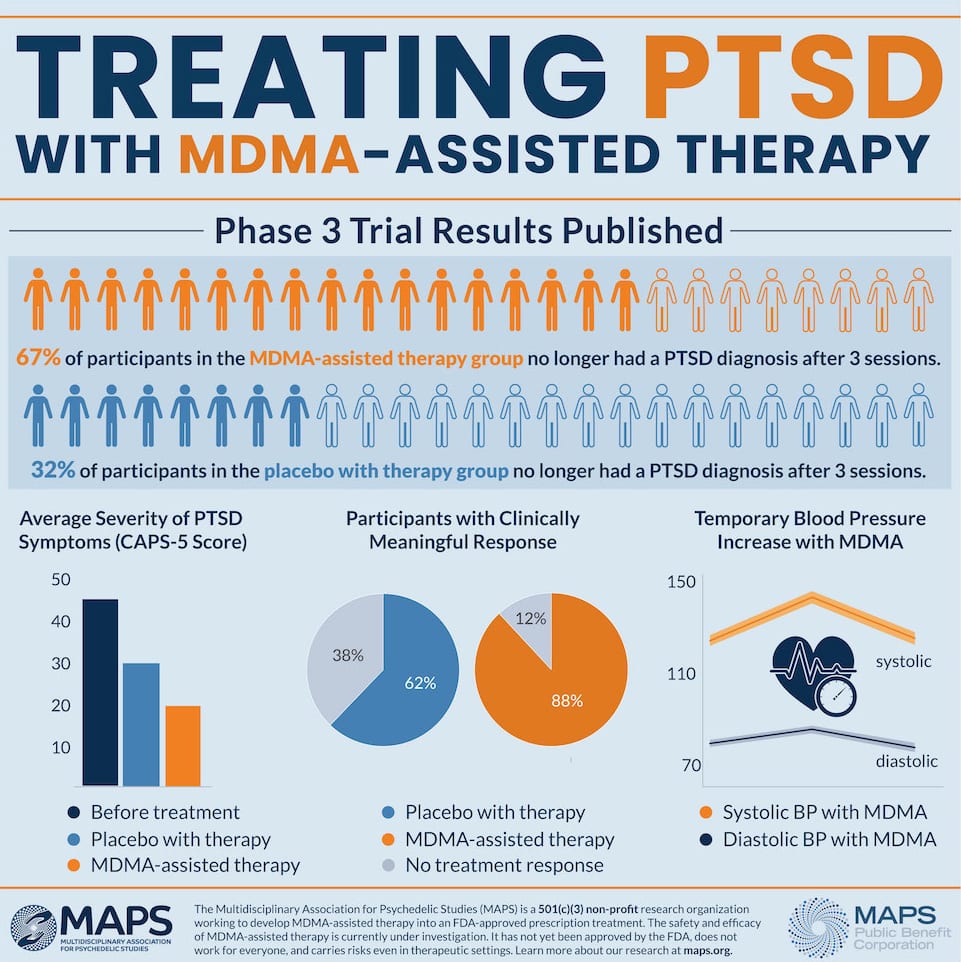 In the statement, lead author Jennifer Mitchell points to the results for people with the dissociative subtype of PTSD, who experience depression or who reported a history of alcohol or substance use.

“People with the most difficult-to-treat diagnoses, often considered intractable, respond just as well to this novel treatment as other study participants,” says Mitchell, an assistant professor of neurology at the University of California, San Francisco. “In fact, participants diagnosed with the dissociative subtype of PTSD experienced a greater reduction in symptoms than those without the dissociative subtype.”

MDMA is a catalyst for therapy, she adds, stating that the substance is an experiential therapeutic that needs the appropriate mindset and setting to get proper results.

“While many forms of PTSD therapy involve recalling previous trauma, the unique ability of MDMA to raise compassion and understanding while tamping down fear is likely what enables it to be so effective,” Mitchell says.

The Phase 3 trial was conducted by the MAPS Public Benefit Corporation, a wholly-owned MAPS subsidiary focused on advancing psychedelic research.

Researchers recruited and treated 90 people suffering from severe, chronic PTSD. Half of the participants received three sessions of MDMA, or a placebo, along with talk therapy.

Study participants suffered from PTSD for 14 years on average

After the treatment, 67 per cent of people — who were suffering from PTSD for 14 years on average — stopped presenting symptoms altogether, while 88 per cent experienced less symptoms.

Research subjects included people with PTSD due to combat-related events, accidents and abuse — 84 per cent of participants had a history of childhood trauma.

MDMA is listed as a Schedule I drug by the FDA, described as having no medical benefit. It’s only accessible as a legal treatment via clinical trials.

“As a result of this study and through the persistent and consistent application of scientific rigor, we have demonstrated that MDMA-assisted therapy is likely to provide relief for people diagnosed with PTSD,” MAPS executive director Rick Doblin says.

Before the hoped-for approval of MDMA-assisted PTSD therapy in 2023, the FDA has granted permission for an expanded access program where 50 patients can receive the treatment.

MAPS plans to conduct additional studies to explore the potential treatment for other mental health conditions, and with other treatment protocols like group therapy and cognitive-behavioral conjoint therapy for couples.

Additionally, MAPS says it’s funding a formal commitment to health equity: a plan to increase access to MDMA-assisted therapy for individuals historically marginalized by the mental health field and society at large.