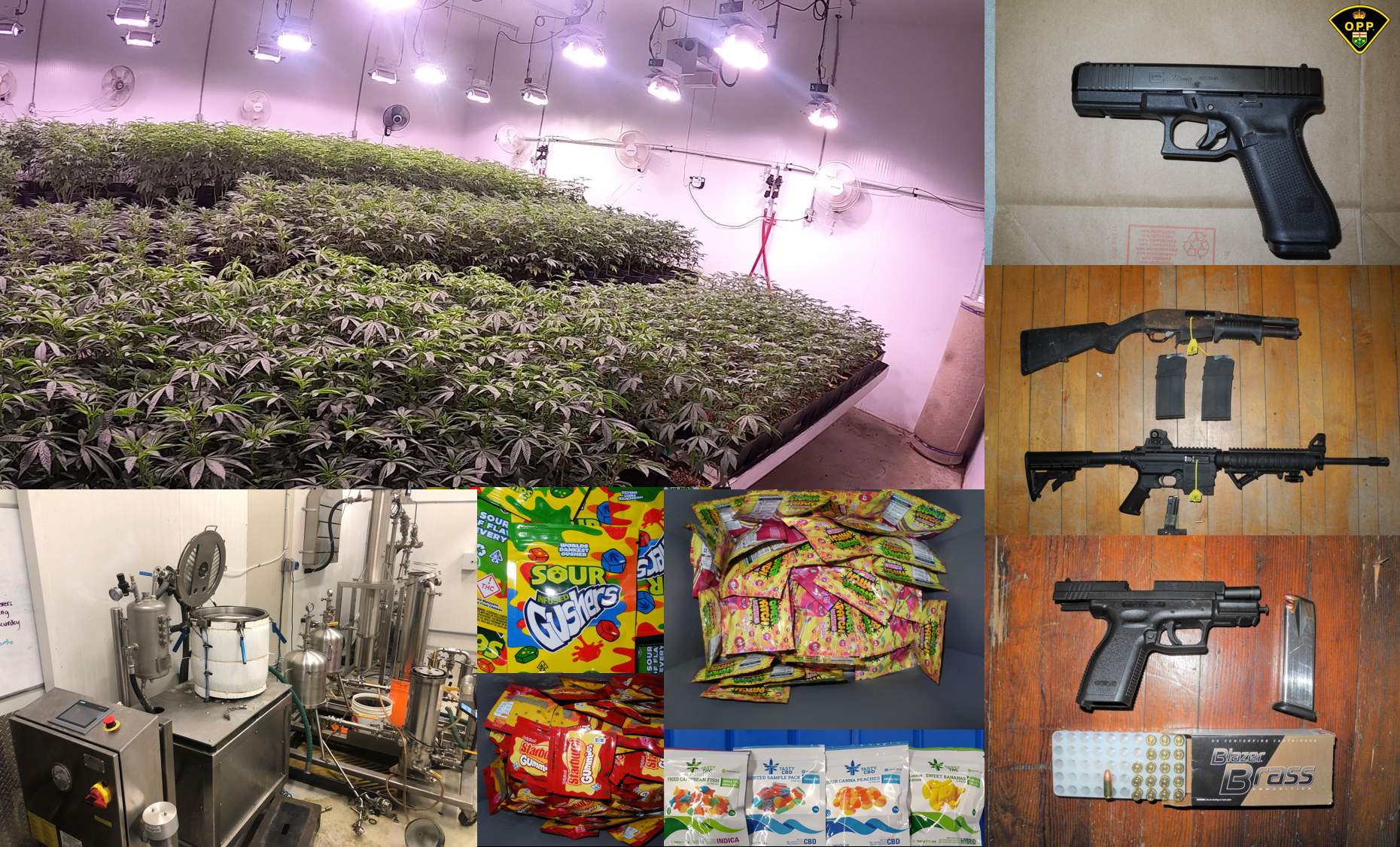 Two hidden cannabis extraction labs were found through the investigation, location in Brampton and Midldlesex County, and dismantled. Photo via OPP

After more than a year of investigating, police say they’ve taken down a drug trafficking network in southwestern Ontario and seized illicit weed worth about $32 million.

On Tuesday, Ontario Provincial Police (OPP) said Project GAINSBOROUGH started in June 2020, after police learned of the “large-scale distribution” of illicit cannabis and its derivatives, as well as the trafficking of cocaine, in the London area.

According to police, a criminal organization was operating an illicit cannabis website with delivery in London, Kitchener, Hamilton and Toronto. Members and associates of the organization have reportedly been involved with exporting illicit cannabis domestically and internationally, including to Europe and South America.

Two hidden cannabis extraction labs were found through the investigation, location in Brampton and Midldlesex County, and dismantled.

“These labs are often operated by unqualified individuals and typically contain highly explosive, flammable and toxic substances required to complete the extraction process. The risks associated include fire, explosion, harmful fumes and chemical exposure as well as environmental damage and waste.” 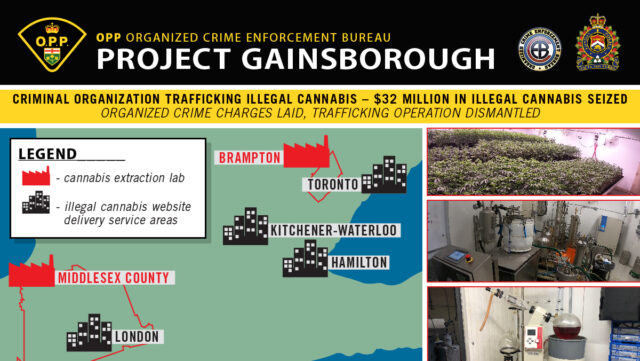 As a result, officers seized the following:

OPP estimates the street value of the drugs to be worth more than $32 million.

Twenty-one people were arrested and charged under the Controlled Drugs and Substances Act, Cannabis Act and Criminal Code, including charges related to organized crime.

Three of the accused were held in custody and the other 18 were released with court dates in November or December.

A total 118 charges have been laid.