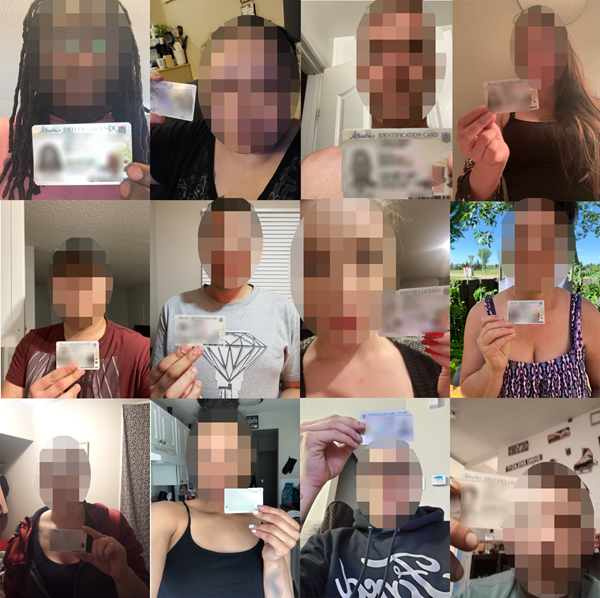 In Alberta, the provincially run portal is the only legal option for buying cannabis online. Image via Edmonton Police Service

Edmonton police are warning consumers who buy cannabis from illicit sellers online that there’s a risk of identity theft and fraud.

Police say that in 2021, 15 people involved in organized crime networks have been arrested for violating the Cannabis Act and the Controlled Drug and Substances Act, as well as some weapons-related charges.

Hundreds of text messages with pictures of customer IDs were found during arrests, according to police.

“Some of the individuals arrested also had recent criminal charges or convictions for identity theft, break and enter, fraud under $5,000, credit card fraud and possession of stolen property,” reads the police statement.

Police say that in most transactions, illicit sellers ask for a buyer’s government ID, a photo of the buyer holding the ID and another document showing their address, like a utility bill.

“Buyers are not aware that their personal information is often distributed through criminal networks, placing them at high risk of identity theft and fraud,” the statement continues.

In Alberta, the provincially run albertacannabis.org is the only legal option for buying cannabis online. When buying from the online store, buyers are asked to show valid ID only when receiving the order — online age verification doesn’t require uploading government ID.

“What’s concerning about this is that unsuspecting buyers are handing over their personal information to people who have criminal connections and, in some cases, convictions related to identity theft and fraud,” says Sgt. David Paton.

“Being in possession of illicit cannabis could result in criminal charges, but being a victim of identity theft should also be a very real concern, given the devastating financial and personal cost of this crime.”