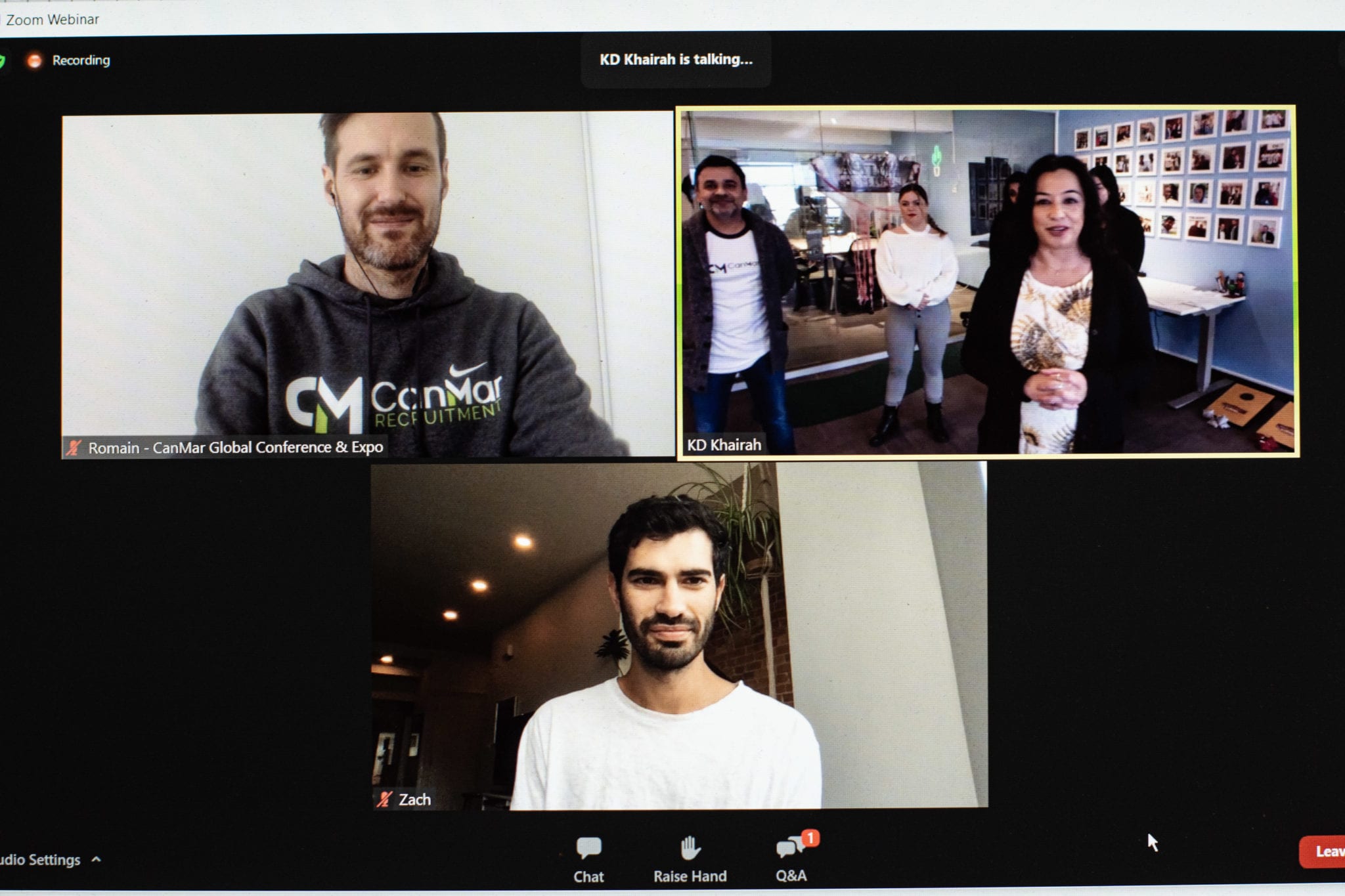 Beginning last Friday morning, I wiped the sleep from my eyes at 6:45 a.m., rolled out of bed and opened my laptop to attend CanMar Recruitment’s online industry conference.

While early weekend wake-ups aren’t exactly my thing, I felt my fatigue quickly slip away as the strong content and pacing of the presentations took my attention and held it.

In a new industry with so many moving parts and passionate people, there’s no way I could capture every quotable — as I tried to do from my Twitter feed — but here’s a list of moments that stood out.

1. CanMar knows how to run a conference

Despite a couple snags getting the video feed running on day one and two, which were promptly resolved by staff, the event ran without any major technical issues.

The pacing was noticeably good. Tight, half-hour panels and a continuous stream in a single browser window made for a seamless experience.

Moderators asked relevant questions of their carefully-curated panelists, and host Romain Magnieux — bilingual business development partner at CanMar — politely moved on to the next topic when it was time.

From discussing the wellness-minded contemporary consumer, to MMA fighter Elias Theodorou talking about the importance of dreaming, to novel-food legislation in the UK, cannabidiol’s celebrity status is clearly only increasing. 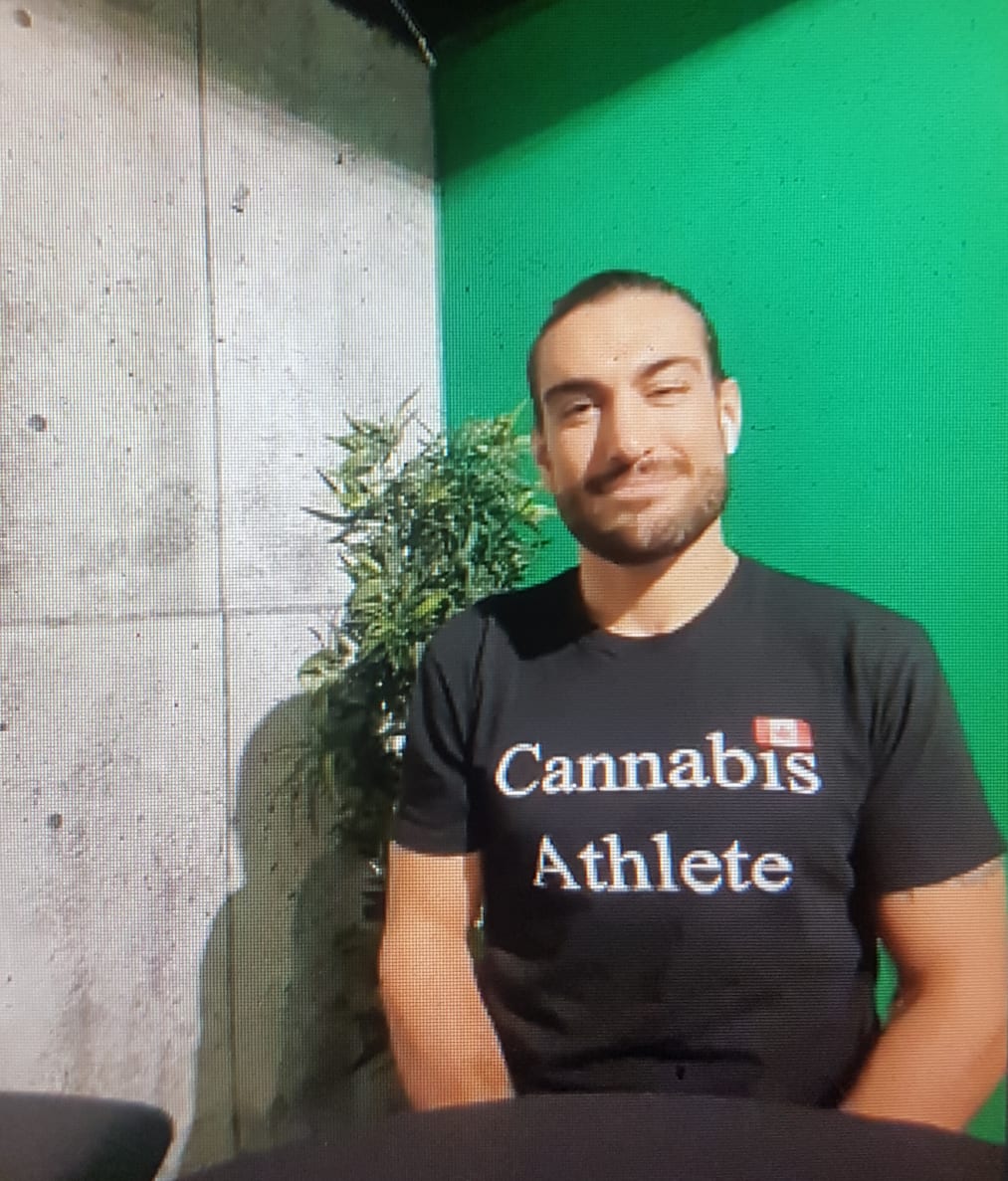 Canadian MMA fighter Elias Theodorou’s therapeutic use exemption from the BC Athletic Commission is the first time cannabis has been considered medicine in professional sport. “My goal is to knock cannabis off the prohibited list in sports and I’m winning,” he says. Photo by Nick Laba

And during his conversation with BNN Bloomberg reporter David George-Cosh on Sunday, Materia Ventures CEO Deepak Anand praised the United Kingdom for regulating CBD as a novel food product.

People want CBD. Regardless of its proven effectiveness, the important question to ask is: is it safe and stable?

3. The path from legacy to legalization is long and winding

While it feels like Canada’s weed industry is finding its footing, it’s still learning to walk and far from running.

It’s easy to dream about propping up craft producers with a system similar to B.C.’s Vintners Quality Alliance for wine producers, but “We’re not there yet,” said veteran grower Travis Lane.

Poring over regulations, Lane says he waited too long to get his recreational business going — which received licensing in September. And even though legal is worse than his MMAR licence for what he does, he’s staying the course because legalization is what everyone fought for and others in the community want legacy players to come over to legal.

Whether it’s retailer entrepreneurs like The Village Bloomery’s Andrea Dobbs facing headwinds in unwelcoming municipalities, or Parkland Flower’s Kieley Beaudry having her accounts closed by RBC when she asked for a loan, or influencers like Ngaio Bealum being blocked from buying social media ads, people at every step of the industry face stigma-related roadblocks, and carry on in spite of them.

5. Make it easy for journalists

And now to direct all the marketing and PR people to the most selfish item on the list: how to pitch journalists.

While good advice was given to make yourself a source of data and remember that reporters are looking for stories not corporate promotional materials, moderator Amanda Siebert gave the best advice of the day, reminding the audience to read what someone actually writes about before you send them ideas.

6. Practice inclusion and diversity from within

In the wake of international protests and demonstrations for Black lives, aspirational corporate social responsibility has reached a fever pitch. But in 2020, that’s not good enough, Ivy Zmuda of Tantalus Labs points out.

Companies should start with diversity metrics, she says, adding that real diversity has tangible benefits.

But businesses should first look from within to promote diversity, says Aurora ERP data specialist Necole Hines. Instead of one-off meetings or communication blasts where people may not feel comfortable speaking up, she suggests companies start with smaller groups to have conversations and bolster confidence.

While trailblazers with disabilities like Abi Roach have forged ahead, writer Ashley Keenan says more needs to be done to have people with disabilities in executive roles. Most cannabis companies don’t even provide benefits that cover medical cannabis, she adds.

Although this topic has been covered extensively, by Mugglehead and others, it can’t be repeated enough that Canadian cannabis patients are being left behind.

On CanMar’s State of the Industry panel, EY consultant Ashley Chiu pointed out that cannabis is covered for patients in Germany, a country where hundreds of pharmacies are authorized to dispense it.

But not so in Canada’s medical cannabis program, a system moderator David Hyde called “a national embarrassment.”

Another point that has to be driven home again and again is that more needs to be done to right the wrongs of prohibition. Racist enforcement policies continue to hit marginalized groups worldwide, and opportunities should be granted to tip the scale of justice in the other direction.

As social equity programs lag in the U.S., the number of pardons granted through Canada’s national program remains exceptionally low.

In Canada, the threshold of background checks is higher than needed, said Tyler James, community outreach coordinator at Cannabis Amnesty. There’s no added liability for employers, but these policies reduce callbacks from potential employees, he said.

Former cops and politicians are making millions while people with possession charges can’t own businesses.

“Unfairness is baked into the system,” she said, noting a judge effectively shut down a cannabis harm reduction project in BC Supreme Court on Saturday.

“Way too many legacy folks celebrate the failure of the legal system. Instead we need to improve and reform the legal system. We fought so hard for legalization, the fact that some activists root for its failure is sad,” a user named ‘Alex’ said in the chat.

Anyone who thought legalization of a formally banned substance in a G7 nation would suddenly manifest a free-for-all weed paradise is naïve.

Yes, it’s bad that patients and those who have been punished by unjust enforcement are being neglected, but now these conversations are out in the open and they’re only getting louder.

Strong jobs are being created, people are out in the open about use, world-class research is being done — it’s not all bad.

10. Deepak Anand’s Zoom background game is better than yours

If there was one thing — other than a lot of coffee — that helped me pushed through the grogginess, it was Anand’s selection of scenic Zoom backgrounds.

Beginning lakeside in Rocky Mountain valley for his chat with Bruce Linton, then travelling to a sunny beach getaway for his conversation with George-Cosh, I couldn’t help but feel a much-needed transportive vibe in these cagey-Covid days. 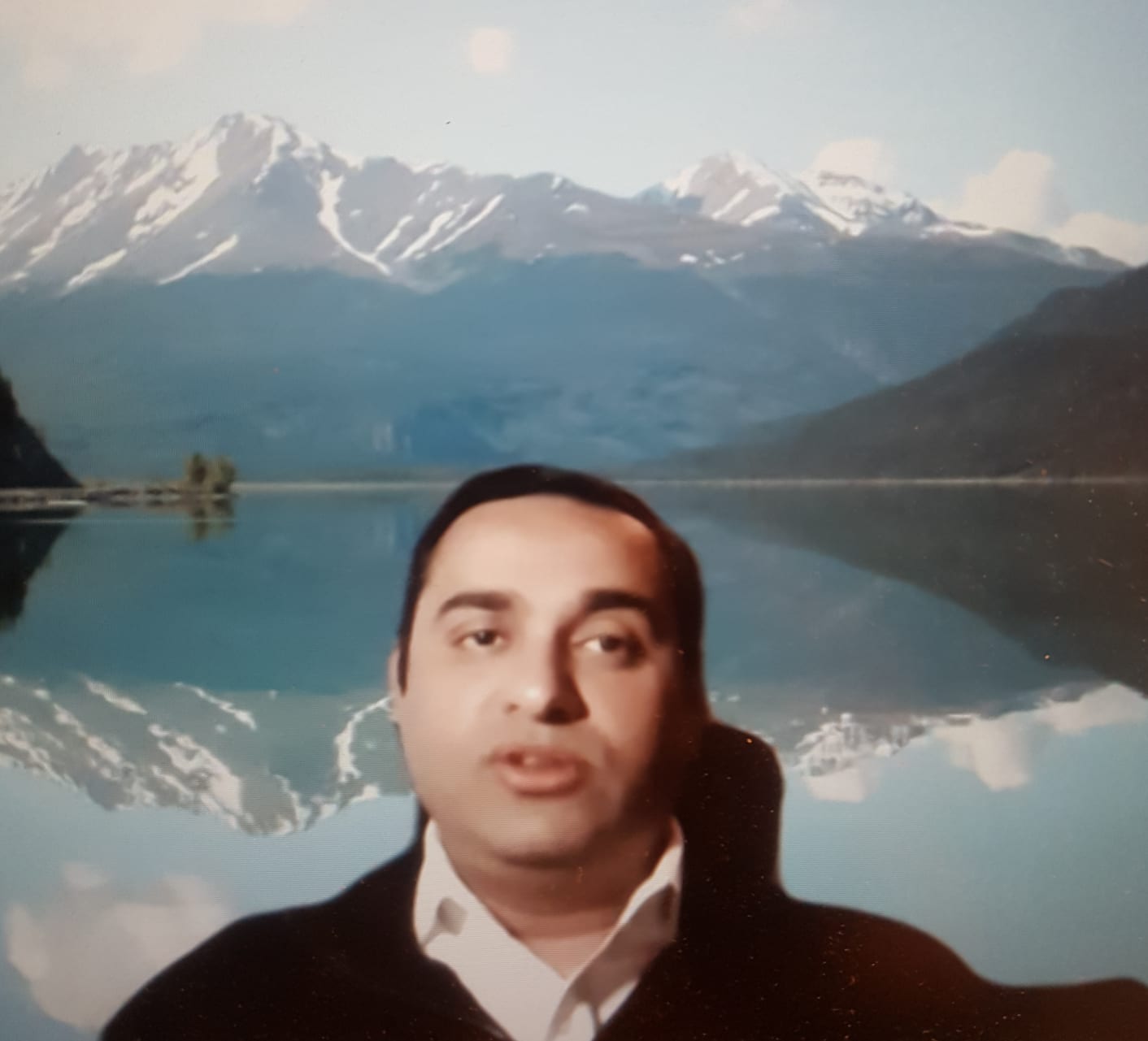 Something tells me the mountains and beaches were only a sampling of Anand’s vast catalogue of digitized landscapes for Zoom meetings. Photo by Nick Laba