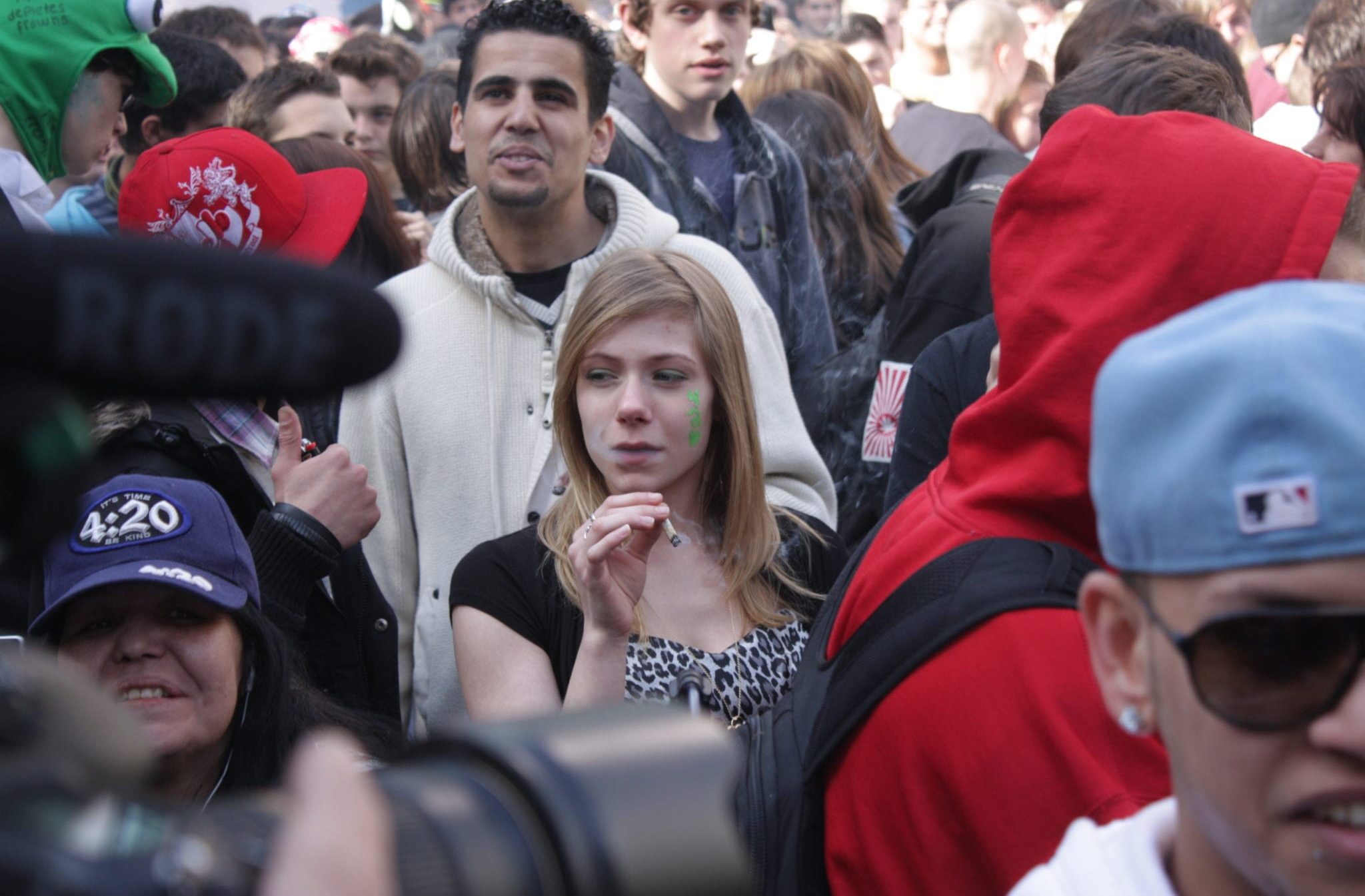 When Canada legalized weed for adults in October 2018, policymakers emphasized the need to reduce cannabis use among youth.

A federal task force highlighted that Canadian youth are the most likely to consume cannabis over their peers in the 28 richest countries in the world.

Researchers affiliated with the University of Waterloo School of Public Health tracked cannabis use among Canadian high-school students in the years leading up to and following legalization.

They gathered data from the COMPASS Study, a self-reported survey of a minimum of 35,000 students grades 9–12 in each of the three school years. Schools were surveyed across four provinces — primarily in Alberta and Ontario, with smaller samples from British Columbia and Quebec.

The social scientists reported an uptick in occasional use but not regular use in the 2018–19 school year compared to the previous two years.

The number of students that tried cannabis at least once post-legalization climbed to 32.4 per cent from 30.5 per cent in the 2016–17 school year.

Current use also increased in the high school year when weed was legal to 16.9 per cent from 15.9 per cent. But the proportion of those students that used weed regularly — defined as at least once a week — remained flat at 30.1 per cent in 2018–19, compared to 30.7 per cent two years before.

“In the longitudinal sample, no significant differences in trends of cannabis use over time were found between cohorts for any of the three use frequency metrics,” the authors wrote. “Therefore, it appears that cannabis legalization has not yet been followed by pronounced changes on youth cannabis use.” 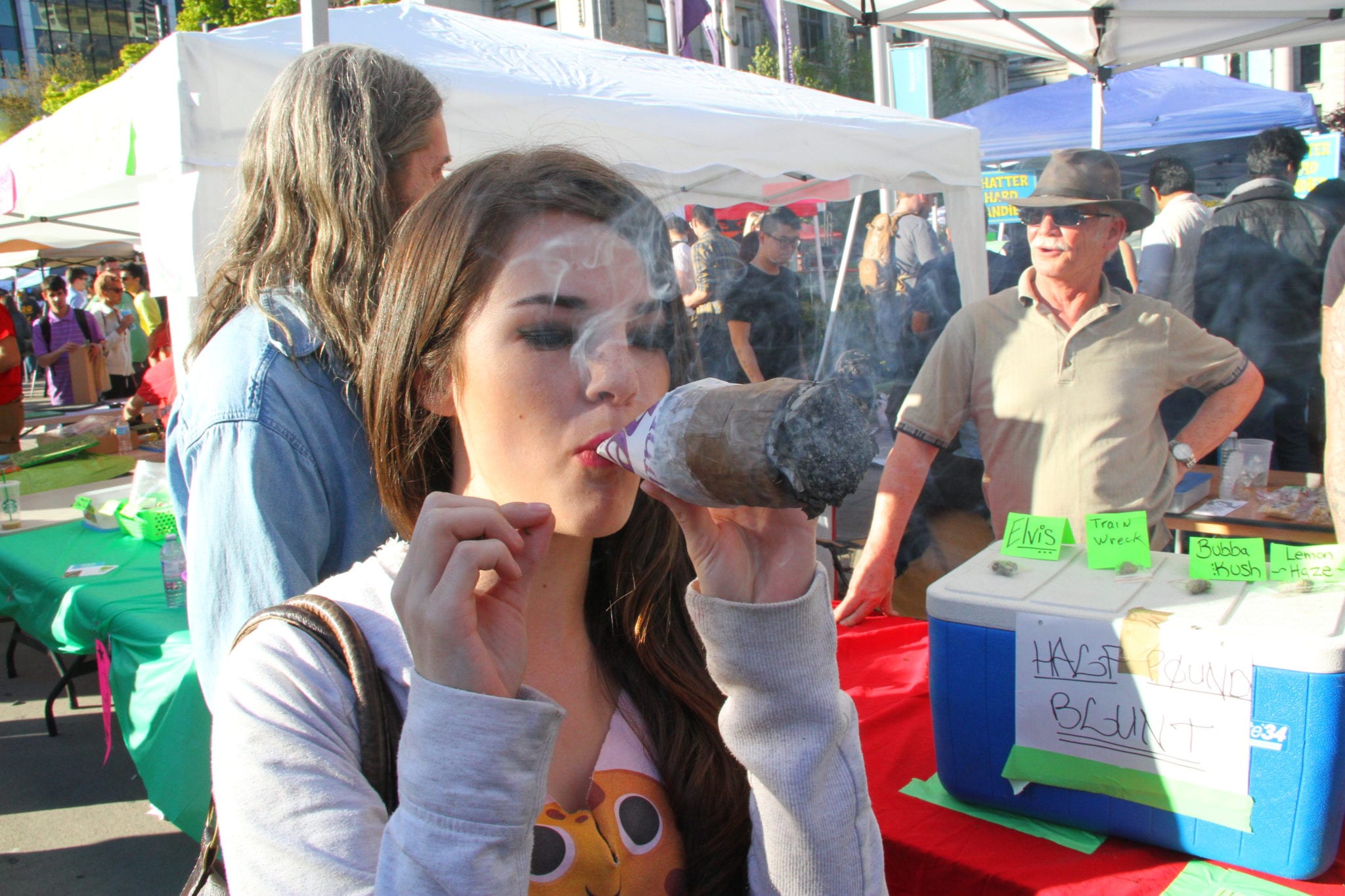 A young cannabis consumer partakes at a Vancouver 4/20 rally in 2015. Photo by Jared Gnam

Youth use rate in Canada climbed in years prior to legalization

However, the study notes that the Cannabis Act has not yet led to lower youth use rates envisioned by the public health approach to legalization.

The researchers noted that while weed use among Canadian youth declined between 2005 and 2015, it climbed between 2015 and 2018 — the years after medical cannabis access restrictions in the country were first loosened.

Therefore, “Further monitoring will be essential in characterizing its longer-term effects as well as to track impacts of additional regulatory changes,” the researchers said.

The complexity of changing regulations will be compounded by provincial differences in cannabis control, the study noted.

For example, Quebec restricts cannabis use to adults 21 and older, whereas Alberta sets the legal age at 18.

Also, the legalization of alternative forms of cannabis products like vapes, edibles and drinks in late-2019 is another factor that will be monitored in future studies.

The researchers plan to also investigate individual, community, and provincial factors, including prevention and harm-reduction programs, as recreational cannabis use becomes embedded in Canadian society.

The adverse effects of cannabis use on developing brains of youth was identified as a key factor to consider during the legalization process.

The authors note some limitations to gathering data from the COMPASS study.

While the study’s strength comes from its large sample size and extensive data sets from the pre-legalization period, the researchers admit that self-reports may lead to the underreporting of cannabis use. According to the research, youth who use cannabis regularly are more likely to skip class or drop out.