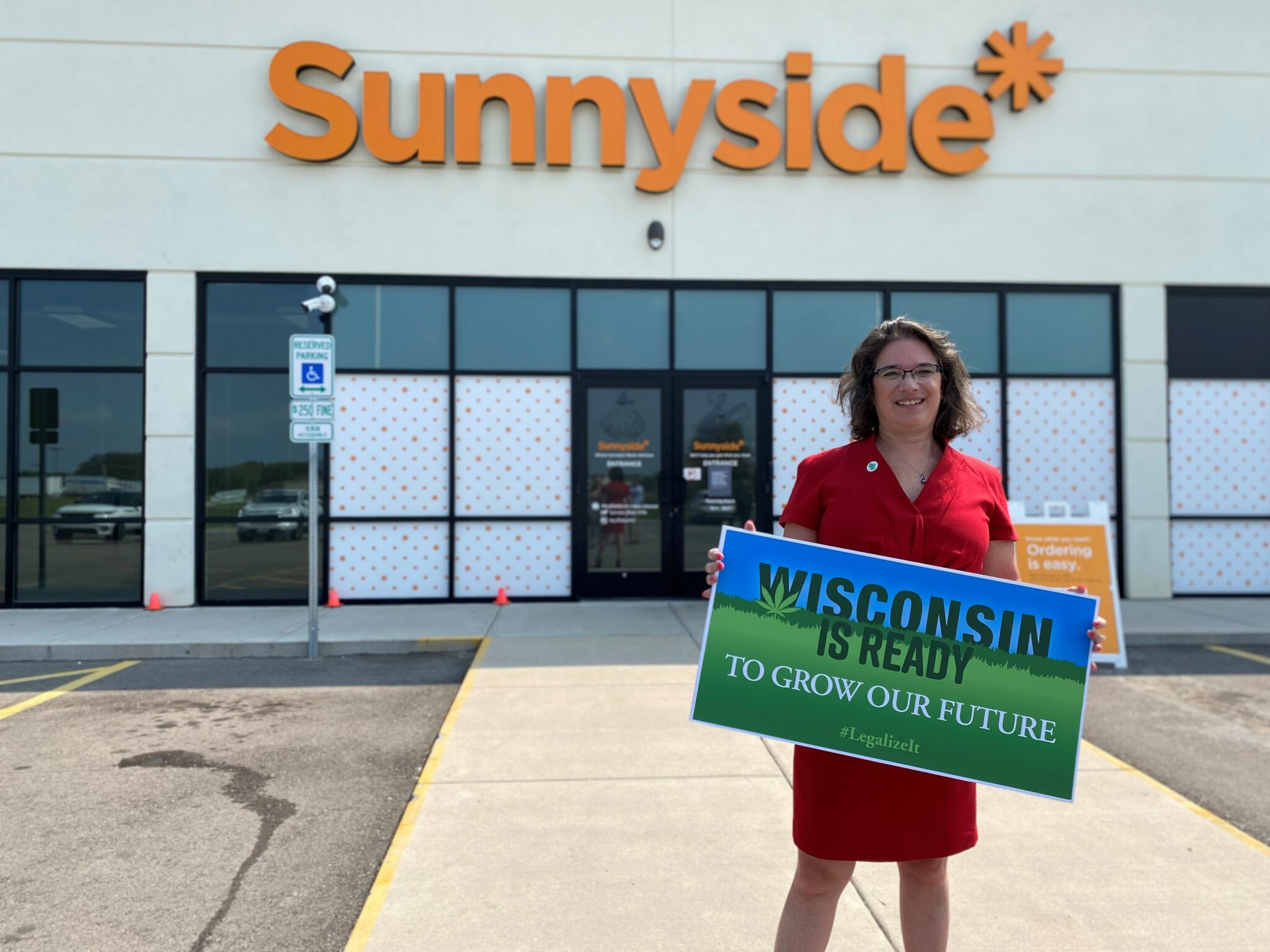 Wisconsin Democratic lawmakers are once again trying to legalize cannabis but this time, the effort began across state lines.

On Tuesday, Sen. Melissa Agard stood outside an Illinois cannabis store, along with Reps. David Bowen and Mark Spreitzer, and announced the legislation while holding a sign saying, “Wisconsin is ready to grow our future.” 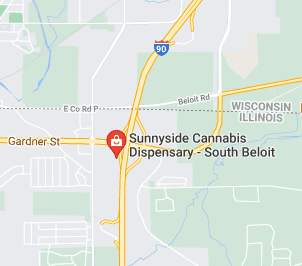 Wisconsin residents have been driving to Illinois for legal weed. Image via Google Maps

Sunnyside Cannabis in South Beloit is located right across Wisconsin’s border with Illinois, where weed is already legal, and where Wisconsin residents are already driving to for legal pot.

“It is time for Wisconsin to do what we need to do, to realize that prohibition has failed our state and it is past time to get this done for our community,” Agard said during the press conference. “Legalizing and taxing cannabis in Wisconsin, just like we already do with alcohol, ensures a controlled safe market for our communities.”

The bill aims to legalize recreational and medical weed in the state, set up community investment grants, create a path to expunging records as well as bolster the state’s agriculture sector.

Legal cannabis is projected to bring in $165 million in revenue annually for Wisconsin along with sustainable jobs.

Nearly $80 million of that revenue would be dedicated to reinvestment grants for underserved communities and communities that have disproportionately suffered from cannabis prohibition.

“Additionally, Black and brown people are more than four times more likely than white people to be arrested for marijuana possession in Wisconsin despite having comparable usage rates.”

Over the last ten years, drug sentences for Black men have been 10 per cent longer than for white men, he adds.

Wisconsin ranks 14th in the U.S. in arrests for marijuana possession.

Thank you to @RepSpreitzer, @DavidFBowen, @YuriRashkin, & Beloit Alder Clinton Anderson for joining me for a press conference in South Beloit, IL today. Our border communities are losing out on millions in tax dollars each year because marijuana is legal just over the border. pic.twitter.com/iOOxPAfWnx

“Cannabis is a powerful economic stimulus,” Agard says. The state is close to seeing the same benefits as Illinois, which continues to break monthly sales records for recreational weed and is on track to exceed $1 billion this year in recreational sales.

“The most dangerous thing about cannabis in Wisconsin is that it remains illegal,” Agard stresses. “It’s dangerous to remain an island of prohibition where we’re perpetuating racial disparities and harming our economy. It’s dangerous to stand in the way of our farmers and our agricultural heritage as they move forward to pursue a new crop that will put them at the forefront of a thriving industry and allow them to support their families.”

Eight years of cannabis bills later, this one follows a ‘paradigm shift’

This isn’t the first legislative session Agard has tried to introduce the cannabis bill, as she detailed the pushback she received in 2013 when people told her it would end her political career.

“But as we stand here today, it’s safe to say the landscape has changed and support has grown and continues to grow. In fact, I can say there has been a paradigm shift in our country as well as in the state of Wisconsin.”

Adult-use weed is legal in 18 states and the District of Columbia while 35 states have legalized cannabis broadly in some way, she notes.

But each time Agard has reintroduced the cannabis bill, it hasn’t made it to a public hearing.

For the most part, Republican lawmakers haven’t supported legal cannabis despite Democratic Gov. Tony Evers proposing to legalize cannabis in the state’s budget in February.

However, Agard didn’t seem deterred by the previous failed attempts to legalize pot.

“It’s not a matter of if cannabis will be legalized,” she says, “it’s when.”