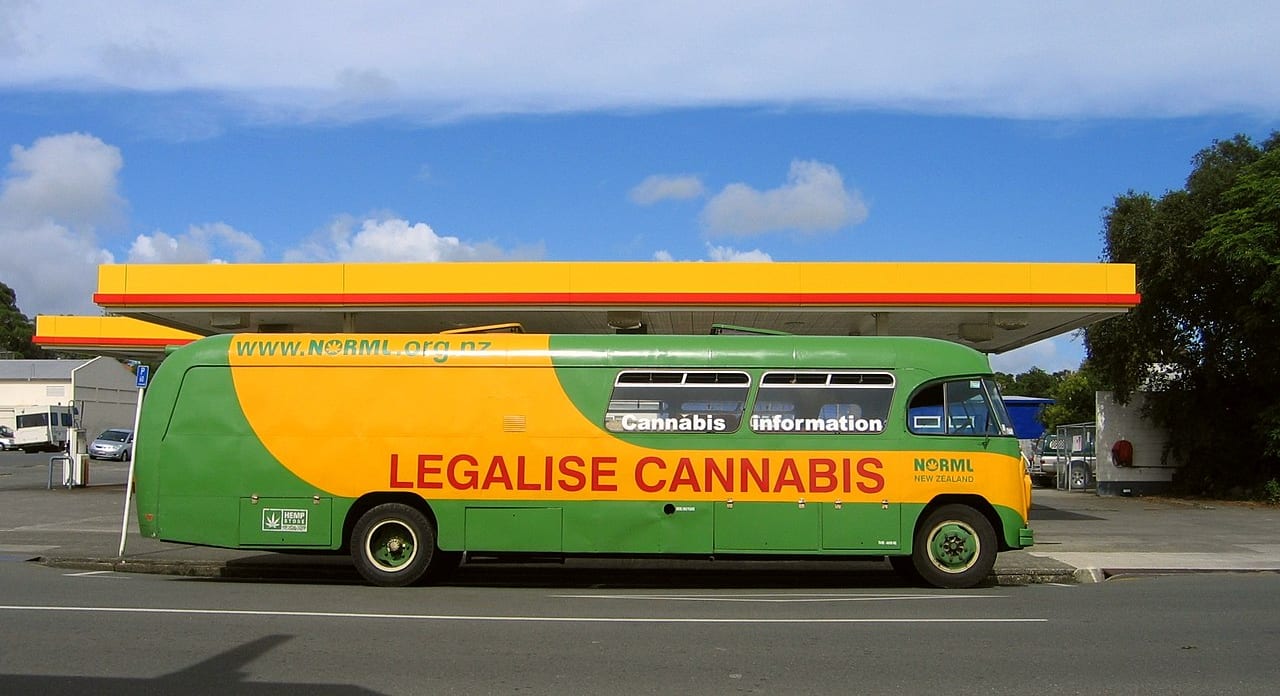 On Nov. 6, the final hopes of Kiwi advocates and pro-pot citizens were dashed when a counting of outstanding “special ballots” failed to pass a vote on legalizing recreational cannabis.

With the winds of global reform at their backs, petitioners of the “yes” campaign were blindsided by the result. Some are calling for the issue to remain on the table, while others are already starting efforts four years ahead of another federal referendum.

A majority of New Zealand voters chose not to follow in Uruguay and Canada’s footsteps. Losing by a 48 to 51 per cent margin, the rejection of the Cannabis Legalisation and Control Bill falls in line with recent projections indicating a cooling on cannabis reform heading into the vote.

The result does not impact the country’s previously legalized medical cannabis regulations, however, which passed in December 2018 and came into effect this April.

But if the recreational vote came in 2018, polls suggest New Zealand may have seen a different outcome. Horizon Research found that 60 per cent of citizens supported legalizing personal use around the time of the medical vote. Just 24 per cent were opposed at the time.

“National’s then leaders announced the party would oppose reform. This resulted in an immediate and significant shift of their 2017 voters to oppose the reform,” he says. “This loss of support was never fully recovered.” 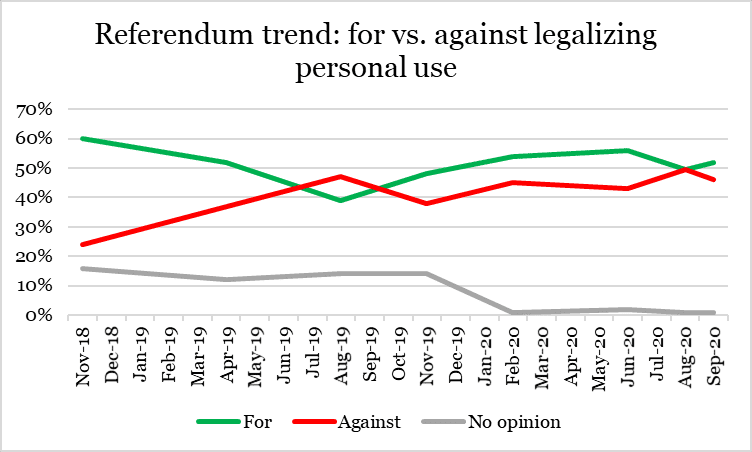 By September, Horizon saw support at 52 per cent, with 47 per cent opposed.

Curia Market Research principal David Farrar wasn’t surprised by the results, after polling over the past year. Four key areas doomed the ballot question, which include pushing for legalization before decriminalization and not passing a parliamentary act first. Passing an act contingent on the referendum would have laid out exactly what voters were deciding on, he says.

Farrar also criticizes the “yes” movement’s failure to pull in moderates: “The yes campaign, in my view, did a poor job of targeting swing voters, and seemed more about making people who were already voting yes feeling good about their vote than persuading undecided voters.”

He blames senior officials and Prime Minister Jacinda Ardern, who avoided campaigning for or against the issue. Arden revealed she voted in support of the measure after her big political win on election night, but opted to stay out of the discussion to avoid swaying voters. In a post-election press conference, Arden stated that she didn’t regret her decision despite claims that fear mongering affected the race. 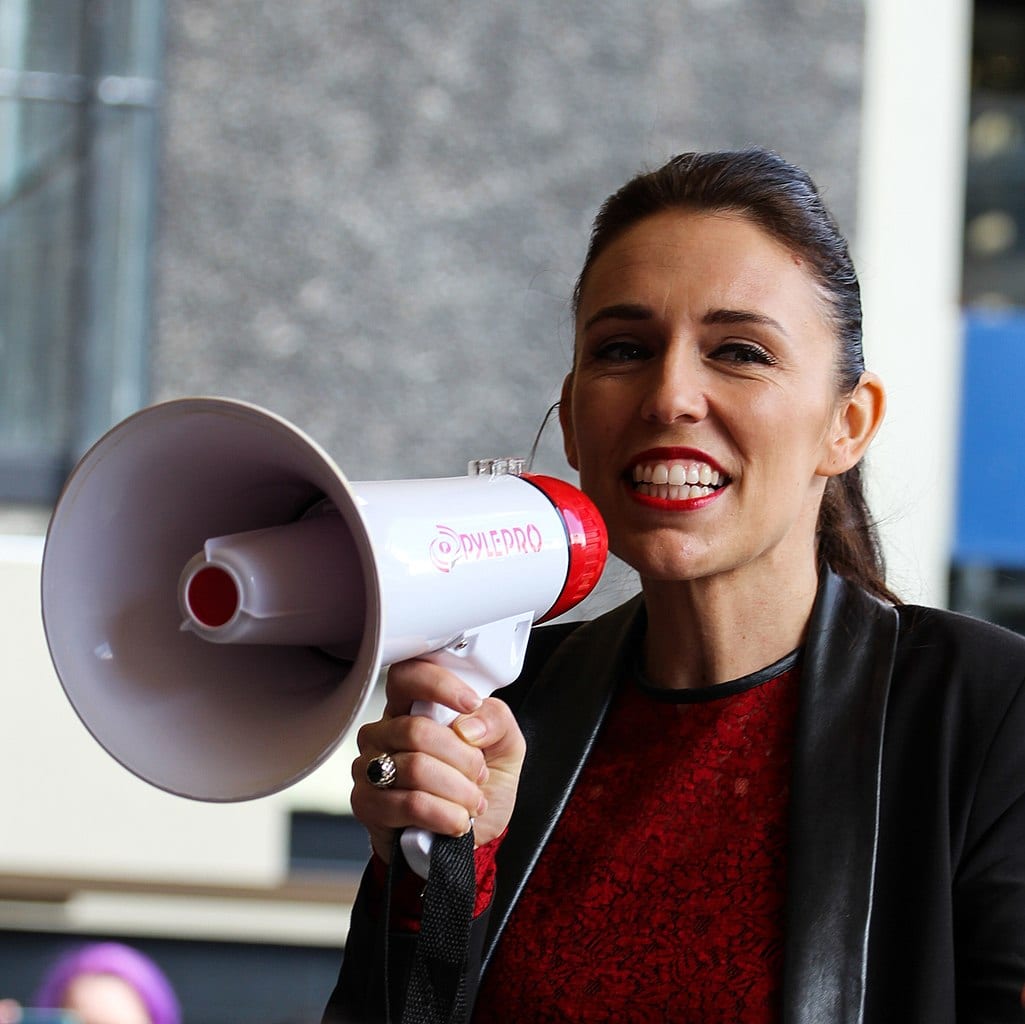 PM-elect Ardern chose not to signal her position on cannabis reform. Her Labour Party won a landslide victory in October’s federal election. Photo by Ulysse Bellier via Wikimedia Commons

But in the lead-up, worrying polls and a lack of political support didn’t sink the hope of advocates and legislative hopefuls. Maki Herbert remained optimistic.

Herbert is co-leader of the Aotearoa Legalise Cannabis Party and unsuccessfully ran for the Te Tai Takerau parliamentary seat in 2020. She assumed cannabis would pass in an election featuring a right-to-die ballot, a vote that passed overwhelmingly.

“Considering that we had another referendum for [euthanasia] with 67 per cent [support]…, us in the cannabis movement thought that the numbers were bizarre,” Herbert says.

Dejected but not distraught, cannabis reform advocates on the island nation plan to push on — even if lawmakers have seemingly put the issue to bed for now. Herbert says it’s time to regroup and form new ideas.

“I would like to think that some of us are already campaigning for the next election in 2023,” she says.

And Kevin O’Connell, VP of the Aotearoa Legalise Cannabis Party, is looking at one statutory avenue for a possible reissue of the referendum, as the one they had “was spoiled with disinformation and exclusion.”

On Nov. 11, the NZ Drug Foundation implored lawmakers to keep legalization, in some form, on the table.

“Based on how close the result is, a change to cannabis law should not be ruled out,” Drug Foundation chair Tuari Potiki said in a statement. In addition to keeping legalization in play, the Drug Foundation is calling for the government to take action on decriminalization of drug possession and cannabis cultivation in the next six months.

While legalization advocates consider next steps, medical proponents continue to push for an improved marketplace. In November, the Auckland Patients Group called for amnesty for compassionate providers, carers and their patients. The request looks to include registered herbal practitioners, as the demand for medicinal cannabis increases.

A new roadmap remains mostly undrawn for legalization efforts. However, the results may have caused a reverberation that will galvanize Oceania’s reform movement.

Exit poll data, reported by The Conversation, suggests New Zealanders over 50 resoundingly opposed the legalization measure, while those under 50 did the opposite. As opposition ages in New Zealand, reports indicate debates are beginning to spark in Australia, where reform appears to be gaining incremental support.