A whistleblower report in July 2019 revealed CannTrust was hiding unlicensed growing areas behind false walls. It was later discovered that around half of the firm's growing space was unlicensed. Image of CannTrust's facility in Pelham, Ont. via CannTrust

The charges laid — against ex-chairman Eric Paul, ex-director Mark Litwin and ex-CEO Peter Aceto — under Ontario’s Securities Act, of fraud, insider trading, making false or misleading statements and being complicit in an offence, left people in and watching the cannabis industry perplexed.

That’s because these alleged quasi-crimes are all shadows of the gross infractions made against Canada’s pot law, the Cannabis Act. Growing in unlicensed areas, using black-market seeds and hiding all of this activity from the country’s federal regulator are well-defined legal no-nos.

So where are the criminal charges under the Cannabis Act? Why aren’t these men facing non-quasi criminal charges? And aside from a licence suspension, why didn’t Health Canada issue so much as an administrative penalty for the single biggest breach in public trust to the country’s cannabis industry as a whole?

“It’s almost like — if you didn’t know better — you might think this was some coordinated effort to at least get them for something. But I don’t think that’s the case, adds Fraser, partner at Brazeau Seller Law.

She doesn’t believe Health Canada is working hand-in-hand with the OSC to figure out which charges against CannTrust have the best chance at succeeding. 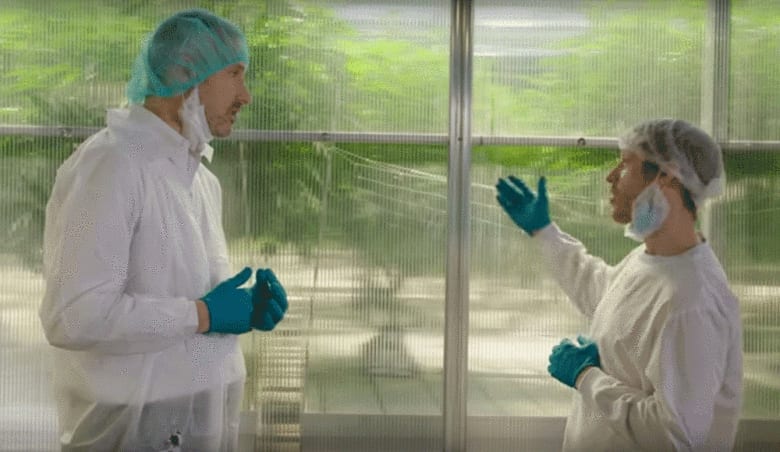 A promotional video allegedly showed the company’s then-CEO Peter Aceto, left, standing in front of an unlicensed room. He was fired by the board in July 2019. Image via CannTrust/YouTube

It seems unlikely the decision not to lay criminal charges was due to insufficient evidence. CannTrust the company denied none of the allegations. It swiftly gave the boot to the offending executives, and followed every request from Health Canada to regain its licence, which included destroying $77 million in non-compliant weed.

Read more: CannTrust to Destroy $77 Million Worth of Cannabis to Regain Compliance

But there might be an issue about who knew what, when, notes Fraser.

However, there’s no debate about the Cannabis Act offences themselves, which leaves open the gaping question of why Health Canada didn’t issue any fines.

“How did that happen?” he asks. “How many times were they inspected during the period of illegal growing?”

“In my view there should be an independent review of how [Health Canada] handled the situation and the minister (of health) should explain why no fines or charges are to be laid under the Cannabis Act.”

In the eyes of the international community, Canada was bold to legalize weed. So to Morris and his industry peers, transparency and accountability are key if the country wants to retain its reputation as a world-leading regulator of cannabis.

In the eyes of other domestic operators in the sector, they want to see a fair playing field.

“There seems to be a feeling of inconsistent and inadequate and enforcement by Health Canada of regulations at this point,” Fraser says. “And I have a lot of frustrated clients.”

With the agency’s light-handed approach, operators that have played by the rules have little more to show than a clean conscience.

However, these quasi-criminal proceedings offer a couple things to those hoping to see justice served. For one, convictions under the Securities Act carry their own sanctions. There’s also the possibility that evidence raised in the proceedings could be a catalyst for other investigations, and maybe even internal reviews like the one mentioned in this article.