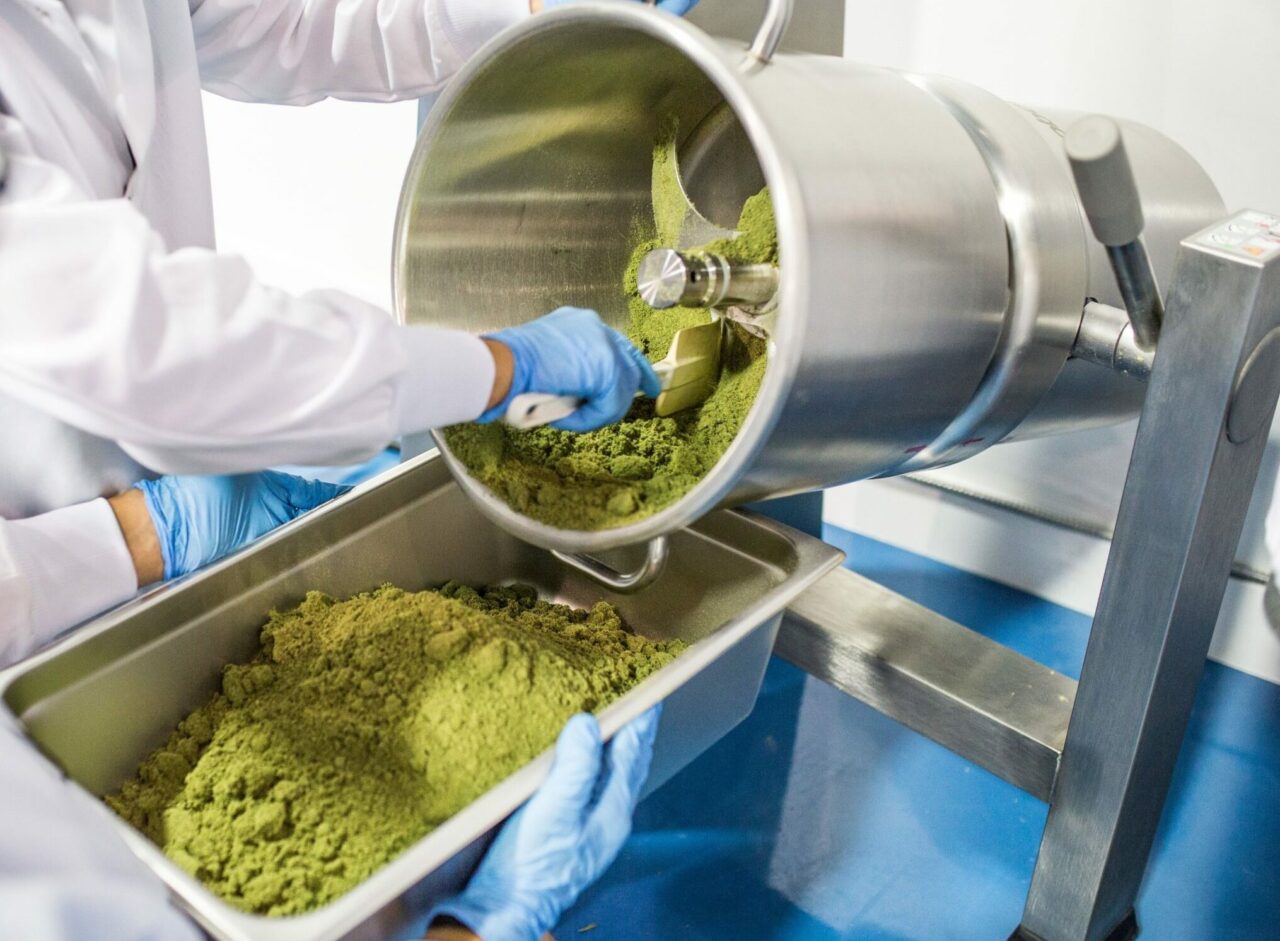 Canadian producer The Valens Company Inc. (TSE: VLNS) (NASDAQ: VLNS) saw its acquisitions begin to pay off during the first quarter, and anticipates further growth by the end of the year.

On Wednesday, the Kelowna, British Columbia-based pot company released its financial report for the first quarter ended Feb. 28, 2022, showing gross revenue up nearly 28 per cent to $29.8 million from $23.3 million during the previous quarter.

Net revenue for the quarter rose by more than 26 per cent to $23.1 million from $18.4 million last quarter. Valens attributes the increase to a boost in provincial sales, which jumped 36 per cent to $10.8 million from $7.8 million during the fourth quarter, thanks in part to the first full quarter results of Citizen Stash, acquired in November 2021. 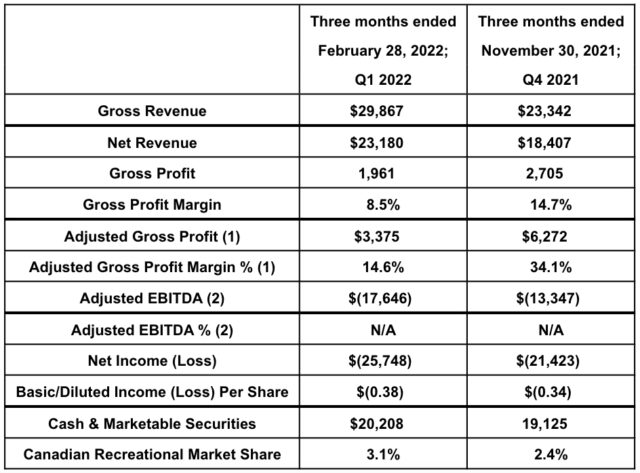 Net revenue grew 26.1 per cent quarter over quarter to $23.2 million. Chart via Valens

Valens announced that it became a top 10 licensed producer in Canada as of February 2022, with a 3.1 per cent market share.

“”The results from the first quarter demonstrate that Valens’ underlying business has passed an inflection point,” Valens CEO Tyler Robson said in a statement. “Valens delivered strong top line growth despite many headwinds in the marketplace.”

Valens also saw an increase in business-to-business transactions — rising nearly 54 per cent to $6.3 million in the quarter after a fourth quarter decline — and anticipates the segment will strengthen “as our partners optimize their manufacturing processes amid both industry and economic headwinds.”

Valens says the decline in EBITDA was due to an inefficient cost structure that hasn’t yet seen the benefits of integration initiatives that were announced in February, as well as a shift in sales that saw a lower percentage of higher margin subsidiary Green Roads — down more than 10 per cent to $5.1 million as a result of seasonal trends — and higher percentage of B2B customers.

Marketing and advertising costs associated with the launch of Valens’ Versus and Contraband brands also contributed to the drop in EBITDA.

“We are already seeing the benefits of our integration initiatives and anticipate realizing improvements to our cost structure in the back half of the year. Overall, our business remains on track to deliver on our objectives in 2022, and we reiterate our target to achieve positive adjusted EBITDA in Q4 2022,” Robson said.

Valens reported a cash and marketable securities position of $20.2 million at the end of the quarter, marking a slight increase from $19.1 million the previous quarter.

The producer remains on track to achieve a total of $20 million in annualized cost savings run rate by the end of fiscal fourth quarter of 2022.

On Thursday, the company’s stock dropped more than 6.6 per cent to $1.54 on the Toronto Stock Exchange.