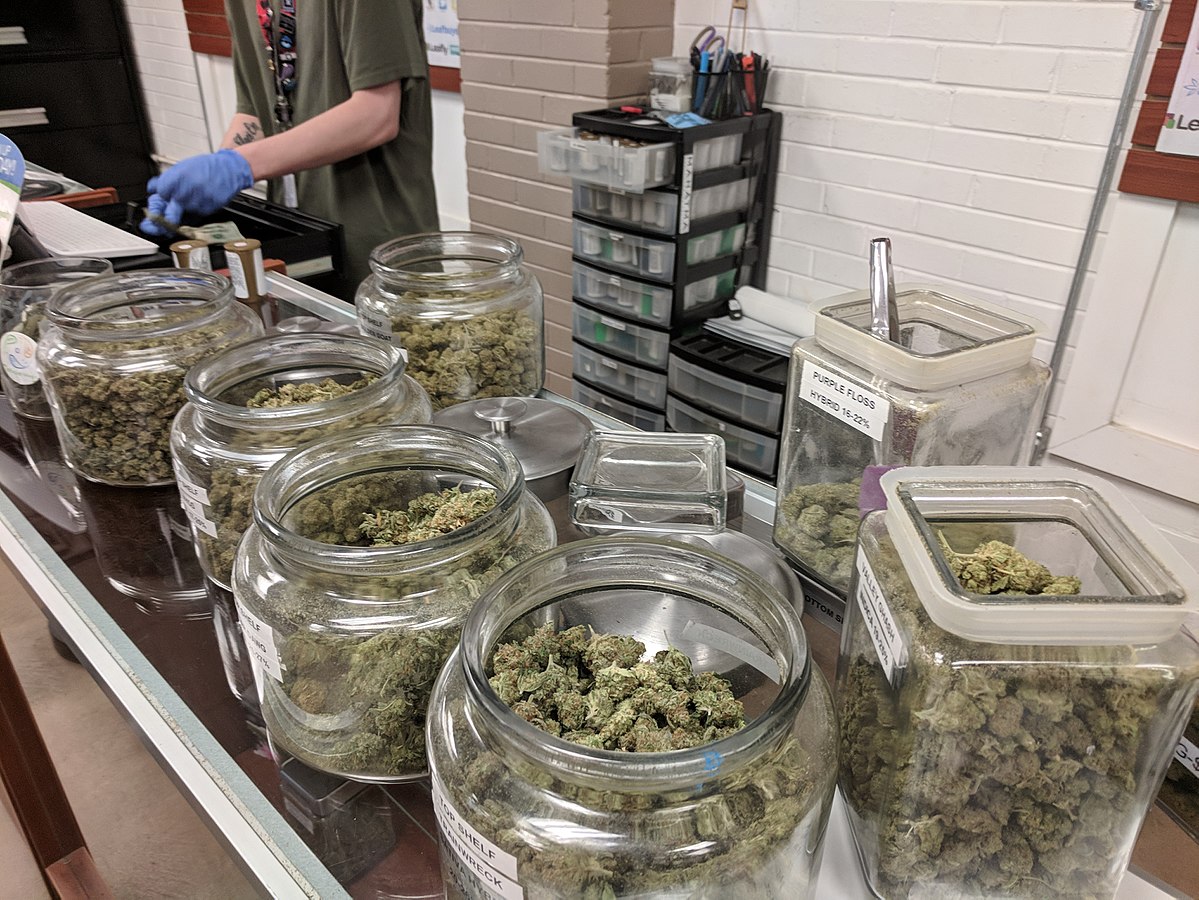 Photo by My 420 Tours via Wikimedia Commons

American states have made billions from cannabis legalization and have redirected some of those funds for public health services and educational programs, according to a new report by the non-profit Marijuana Policy Project (MPP).

The report was published this week and looked at the tax structure, population and revenue from cannabis in states with cannabis regulations. It saw that in 2021, adult-use pot sales generated more than US$3.7 billion which is a 34-per-cent increase from the 2020 revenue.

Since 2014, the combined total tax revenue from legal adult-use cannabis sales in the United States has reached US$11.2 billion.

“In addition to revenue generated for statewide budgets, cities and towns have also generated hundreds of thousands of dollars in new revenue from local adult-use cannabis taxes,” explains the report.

So far, 18 states have cannabis laws that allow consumption for adults 21 and older. Eight of the states approved the regulations within the last two years and in six of them, tax collection has not begun.

Read more: US House of Representatives votes to decriminalize cannabis

Colorado was the first state to sell cannabis in the country and has gathered US$1.8 billion in tax revenue ever since sales started at the beginning of 2014.

Last year, the state generated US$396 million in tax revenue and in the first two months of 2022 the state has already collected US$55 million. As of March 2022, the state has dedicated US$538.7 million of the total revenue from cannabis taxes to improving the public school system.

Washington was also among the first states to start sales and has collected over US$3 billion in state tax revenue.

In 2021, the state collected US$630.8 million in tax revenue. For every billion in revenue collected from cannabis sales tax in WA, nearly $600 million goes into public health initiatives, including a health insurance fund for low-income families.

In 2016, Oregon was the third state to start selling adult-use cannabis after passing regulations in 2014. Since sales began, the state has collected US$675 million in state tax revenue.

Oregon distributes 40 per cent of the cannabis tax revenue to public schools, 15 per cent to law enforcement and 25 per cent to mental health programs.

Alaska, with a population of under a million people, allows cannabis sales in October 2016 but had a slower revenue generation than in some other states because of the lack of medical storefronts that could transition into adult-use retailers. Many stores closed for large stretches of 2017 or had reduced hours because of the limited supply.

The northern state has generated US$102.3 million in tax revenue since sales started and half invested in the Recidivism Reduction Fund which supports re-entry programs for current or formerly incarcerated individuals.

In Nevada, sales began in July 2017 once the government allowed medical cannabis shops to sell cannabis to adults. The state has generated over $508.3 million in taxes so far and in 2021, it generated $159.8 million.

The state gives part of the 15 per cent wholesale tax paid by cannabis cultivators to local governments, while the remainder is deposited into the state’s Distributive School Account to fund public education.

In California, which has the largest population in the country, pot sales made US$3.4 billion since sales started in 2018. The state collected more than $1 billion in adult-use cannabis tax revenue which is a 62 per cent increase compared to 2019.

The legislation directs a significant portion of its tax revenues to local non-profit programs that help people affected by the drug laws and more than US$100 million has already been distributed to underrepresented community groups.

Read more: US and Canadian cannabis sales will hit new highs this 4/20: Headset

Some states that started sales in 2019 such as Massachusetts have already reached US$444.4 million in taxes. Last month, Wakefield-based such as Curaleaf Holdings, Inc. (CSE: CURA) (OTCQX: CURLF) celebrated the firm’s record 2021 revenues, which topped US$1.2 billion.

Meanwhile, other states that opened pot shops in 2019 such as Michigan made US$333.3 in tax revenue.

Illinois, which started sales two years ago, reported US$679.5 million in state tax revenue and invests 20 per cent into mental health services with 25 per cent of the funds going to the Recover, Reinvest, and Renew Program, which supports local organizations in developing programs that benefit disadvantaged communities.

Maine has made US$16.4 million in state tax revenue since it started selling cannabis in 2020 and redirects part of the revenue into funds going into public health initiatives and public safety and law enforcement training.

Arizona, which started selling cannabis last year, sold over a billion dollars in cannabis products and already gathered over US$169.2 million in state tax revenue.

“The legalization and regulation of cannabis for adults has generated billions of dollars in tax revenue, funded important services and programs at the state level, and created thousands of jobs across the country,” Hutchinson said.

“Meanwhile, the states that lag behind continue to waste government resources on enforcing archaic cannabis laws that harm far too many Americans,” he added.