The company generated revenue of $1.7 million during the first quarter compared to $0.5 million in Q1 2021, representing an increase of 225 per cent.

Trees’ retail gross margin of 31 per cent in the first quarter was down from 36 per cent gross margin recorded during the prior year, reflecting increased price competition. 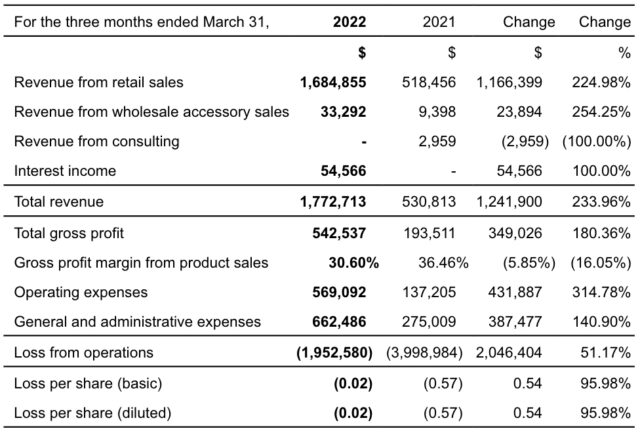 “The Trees team has done an exceptional job in executing on our business plan,” Trees president and CFO Jeff Holmgren said in a statement.

In March, Trees acquired all the retail locations of Camp Cannabis, expanding its store footprint by approximately 40 per cent.

Trees currently owns 11 stores in Canada, including seven in Ontario and four in British Columbia.