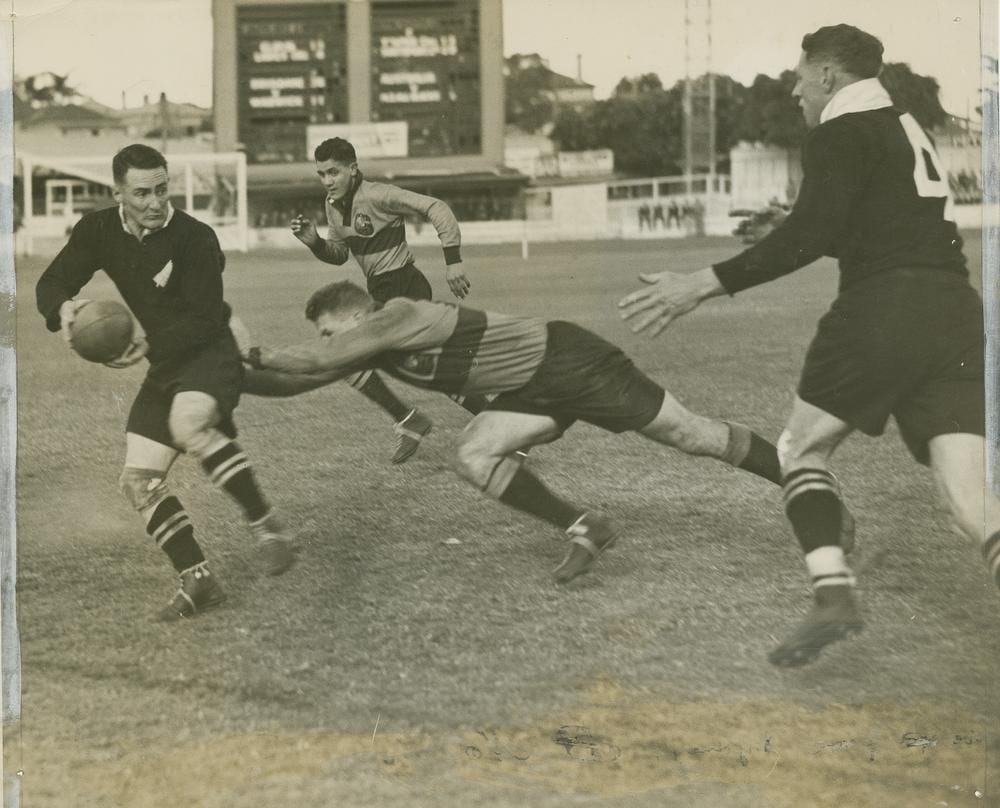 George Jackman for the Queensland Newspaper in Brisbane, Australia, 1938.

The cream is hemp-derived which means it has less than 0.3 per cent THC content, Wolfpack spokesperson Erik Grosman wrote in an email. That means athletes, or anyone with aching muscles, can slather up without worrying about being buzzed — on or off the field.

The details of the jersey are being kept hush-hush till its official reveal Jan. 15, Grosman said, adding that the ad would be on the front of the jersey.

The advertisements, despite being for a product not permitted in every country, won’t hinder the team’s air time, Grosman said.

“This will have zero effect on on games being shown anywhere,” he added.

The new jerseys will also have no effect on the team’s away games, as the Wolfpack plays most of its away games in the United Kingdom where CBD is legal, he said.

Howling for a house hemp brand

Rugby Strength is made by Howl Brands, which is owned by the Wolfpack organization.

The cream was launched last October after the team’s rugby club noticed a lack effective treatments for professional athletes to help them sleep, recover, manage pain and generally play-hard-party-hard, according to Howl’s website.

“We are delighted to be in the rapid-growth market of CBD pain-relief and alternative, natural medical solutions to ever-present problems athletes and others face in their lives,” Wolfpack CEO Robert Hunter said in a press release. “We are proud to display Rugby Strength on our jerseys during our first ever Super League campaign, alongside our valued returning and new kit partners.”

Rugby players are allowed to use cannabis off the field but not on, according to the Rugby Football League’s website. However, cannabidoil, or CBD, is permitted — players just have to be careful and avoid any CBD products that could contain even trace amounts of THC.

Rugby Strength is currently available for sale in the United Kingdom. The company plans to use its global network of rugby clubs to enter into sports and recovery markets in Japan, Australia, New Zealand, Europe and Asia, according to its website.

More and more sports leagues are warming to the possibility of using CBD products to help their athletes play better.

In October 2019, USA Triathlon announced it was partnering with Pure Spectrum CBD to help athletes recover faster and train harder, and in December, Major League Baseball removed cannabis — including THC and CBD — from its banned substances list.

Top photo by George Jackman for the Queensland Newspaper in Brisbane, Australia, 1938