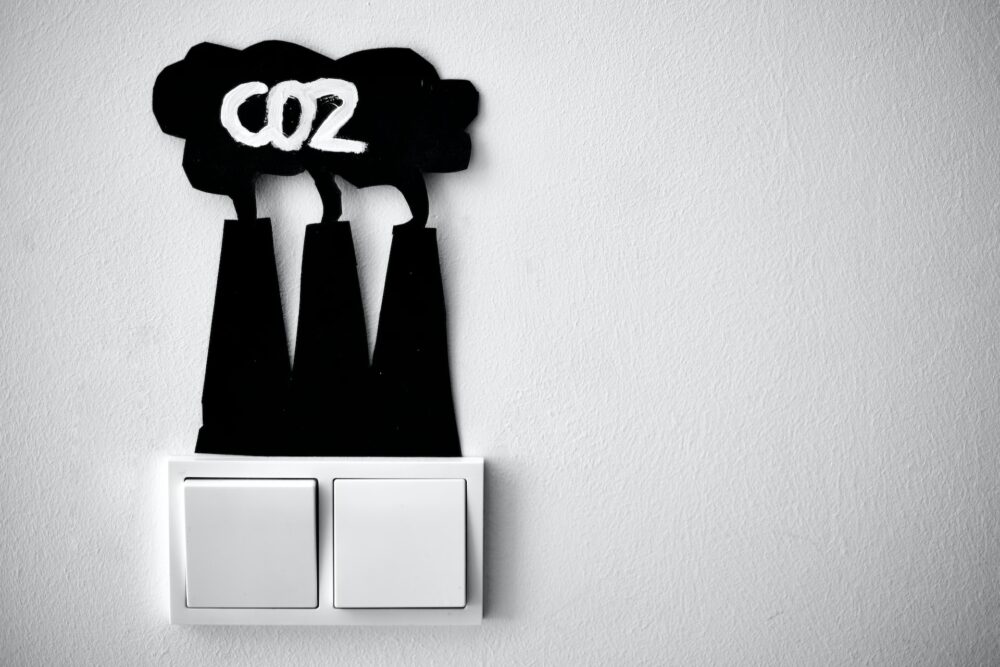 Photo by Jasmin Sessler via Unsplash

Here are six companies being mindful of sustainability initiatives

The DJSI is an industry standard for measuring companies’ engagement and performance in issues regarding environmental, social and governance criteria (ESG).

“Financial institutions play a critical role in the ESG ecosystem. By working together with our clients and all stakeholders, we’re focused on driving change and maximizing our impact, both within our bank as well as with the clients and communities we serve,” said Kikelomo Lawal, executive vice-president and chief legal officer, CIBC.

CIBC’s recent noteworthy ESG initiatives include establishing 2030 emissions reduction targets for its oil and gas and power generation portfolios. Also, achieving a top 10 ranking in financing for the renewable industry. Additionally, the company pushed its progress on Carbonplace, an international collaboration to create an innovative voluntary carbon credit tech platform. It aims to do this by expanding the network of banks from four to nine founding members and redirecting efforts towards commercializing the platform, thereby helping companies meet their net-zero ambitions.

The company has also been named to Bloomberg’s Gender-Equality Index for the past seven years.

Chemical company, LyondellBasell (NYSE:LYB) announced an increase in the company’s 2030 greenhouse gas reduction target for scopes one and two emission from 30 per cent to 42 per cent.

The company will also establish a scope 3 greenhouse gas emissions reduction target of 30 per cent for 2030. This is relative to a 2020 baseline and following guidelines set by the Science Based Targets Initiative (SBTi). The company’s previous goal to achieve net zero scope one and two emissions by 2050 hasn’t changed.

“Reducing emissions while simultaneously building a world-class Circular and Low Carbon Solutions business is needed to meet the demands we are seeing throughout the value chain.  This approach is not only good for society, but also good for business,” said Peter Vanacker, CEO of LyondellBasell.

The SBTi is a partnership between CDP, the United National Global Compact, World Resources Institute (WRI) and the World Wide Fund for Nature (WWF). The initiative both defines and promotes best practices in science-based target setting. It offers resources and guidance to reduce barriers to adoption and independently assesses and approves companies’ targets.

LyondellBasell also built capital expenditure estimates to meet its emission reduction goals into its long-range plan. These investments are not anticipated to be a significant amount of total capital expenditures over the next three years, nor really alter the way the company allocates capital. Instead, the company will determine the appropriate course for its emission investments based on each project’s rate of return.

LyondellBasell intends to close its Houston refinery by the end of December of next year. This will reduce its scope one and two greenhouse gas emissions by more than 3 million metric tons annually. It will also reduce scope three emissions by approximately 40 million tons per year. The aim here is to secure at least 75 per cent of its global electricity from low carbon power by 2030, most of which will come from its existing goal of getting a minimum of half of its electricity from renewable sources.

Most of the company’s emissions reduction initiatives begin in 2024 and beyond with an aim towards full implementation by 2030.

Accordingly, the company’s Circle and Low Carbon Solutions business will pivot to focusing on producing and marketing 2 million metric tons of recycled and renewable-based polymers per year by 2030. This reduces scope three emissions.

LyondellBasell will submit its climate goals to SBTi to be validated against SBTi guidance. The SBTi defines and promotes best practice for corporate greenhouse gas emissions target setting aligned to the latest climate science.

Viatris gets its science-based emissions reduction targets past the SBTi

The company announced its sustainability goals earlier this year. The SBTi classified Viatris’ scope 1 and 2 target ambitions and have noted that it’s keeping with a 1.5°C trajectory, a worldwide goal of limiting global warming.

The company’s client targets include reducing absolute scope one and two greenhouse gas emissions by 42 per cent by 2030 from a 2020 base year.

Viatris is also committing to reduce absolute scope three greenhouse gasses where purchased goods and services, capital goods, fuel and energy related activities are concerned. The number its aiming for is 25 per cent within the same timeframe as scope one and two projections.

Viatris is a global healthcare company. It provides access to medicines, advances sustainable operations, and develops drugs. It also develops platforms using its collective expertise to connect people to more products and services. The company facilitates this connection using its Global Healthcare Gateway. Viatris’ portfolio comprises more than 1,400 approved molecules across a wide range of therapeutic areas. These span both non-communicable and infectious diseases, including globally recognized brands, complex generic and branded medicines, and a variety of over-the-counter consumer products.

The company’s efforts include systematic work to reduce carbon emissions. These include increasing the use of renewable energy and the point behind it is to enhance efficiency and work with partners to encourage the shift to renewable energy.

Logan Drilling USA supplied the actual boots on the ground for the drilling. It drilled 12 holes of HQ core and totalled 506 meters. Sample assays for the first six holes were sorted at Activation Laboratory (ActLabs) in Ontario, Canada. Accordingly, the results aren’t expected to be finished by the end of the year.

“All the holes have significant intervals with grades ranging from 2% to 4.5% Cg and consistent mineralized zones at- or near-surface. Visually all the holes had good mineralized intervals, and so far, assays have confirmed our understanding of the geologic models, lithologies, mineralization and controls,” said Richard Pearce, CEO of South Star.

The company also announced it finished its pilot plant metallurgical testing of 3 tons of bulk sampled material from the Mineral Research Laboratory at North Carolina State University. The company milled three tones of sampled material from the project, and then subjected to cleaner and rougher flotation steps to pull out approximately 30 kilograms of flake graphite concentrate.

South Star sent the proceeds to the company’s partner in the United States for physical and chemical characterization and battery testing.

South Star Battery Metals is a Canadian battery metals company that acquires and develops production projects in the Americas. Its Santa Cruz Graphite Project, located in Southern Bahia, Brazil is one of the first industrial and battery metals projects the company wants to put into production.

The results show that approximately 65 per cent of Cg concentrate is +80 mesh with good recoveries and 95 per cent to 99 per cent CG. The company anticipates being in commercial production by Q4, 2023.

Agnico Eagle Mines wants to be Net Zero by 2050

Agnico Eagle Mines (NYSE: AEM) (TSX: AEM) released its first Climate Action Report. The report is aligned with the recommendations made by the Task Force on Climate-related Financial Disclosures.

The company committed itself to a stretch goal of being Net-Zero by 2050. Accordingly, the company’s carbon reduction targets are 30 per cent by 2021 for Scope one and two emissions by 2030.

The report displays Agnico’s roadmap towards its climate targets. It does this with an eye to remaining among the lowest greenhouse gas emitters of the industry’s senior gold companies. The company believes it has established a pathway to decarbonization and is working continually to assess and adapt tech advances that help push that goal along.

“Climate change is one of society’s greatest challenges and as a sustainability leader in the global mining industry, we also aim to be a climate action leader.  The risks associated with a changing climate have never been clearer and we understand the importance of managing these risks to build a better business, capitalize on future opportunities and communicate effectively with our stakeholders,” said Agnico Eagle’s President and CEO Ammar Al-Joundi.

Agnico Eagle is a senior Canadian gold mining company with operations in Canada, Australia, Finland and Mexico. It sports a pipeline of exploration and development projects in the before mentioned countries, as well as the United States and Colombia.

The report hits on multiple ESG related angles, including:

The company’s climate strategy to both adapt to and reduce the effects of climate change through its three strategic pillars: performance, pipeline and people. Secondarily, reduction of greenhouse gas emissions targets, including scope one and two carbon emissions. The company’s reduction target of 30 per cent by 2030 based on 2021 levels represents a reduction of 350 kilotonnes of carbon dioxide.

The company is looking to improve and develop its own internal ESG-related policies, systems, processes, controls and performance.

Also, securing independent assurance to bolster stakeholder confidence and maintain credibility in the process. Lastly, the company will disclose instances or events where compliance wasn’t maintained and the steps taken.

“In 2022, we launched our Five-Year Sustainability Strategy, a pivotal step toward integrating robust ESG performance as Calibre’s business edge. The strategy forges a connection between Calibre and its partners’ internal responsible business practices, our contributions to the sustainability of host communities, and the global efforts to safeguard the future of our planet,” said Darren Hall, Calibre’s CEO.