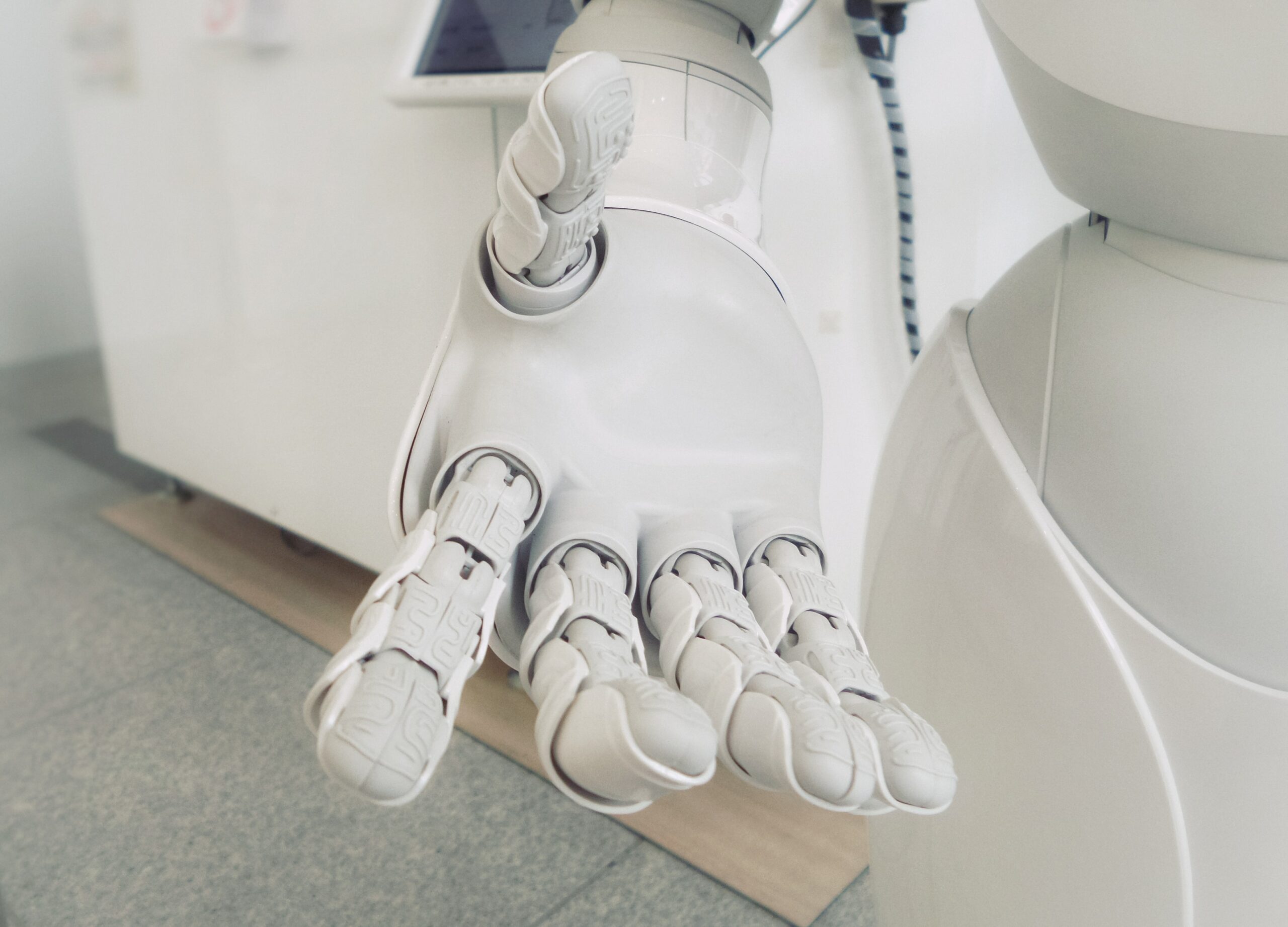 Today’s edition of the technology roundup includes a company entrenched in the esports sector paring down their operation, drones providing emergency deliveries and the first blockchain player working to improve upon bitcoin mining’s negative environmental impact.

Here are three companies with strong performance records in their sectors, even if their share prices reflect the market’s distraction.

Engine Gaming and Media’s (TSXV.GAME) subsidiary UMG Events signed an agreement with Harena Data to help sell certain UMG assets. Beyond the transfer of these assets, UMG will supply technology services to Harena Data after the closing of the transaction. The transaction is anticipated to close in Q4, 2022.

Harena will take ownership of the UMG online business, which includes hosting daily tournaments and matches for competitive e-sports players, as well as the ownership of the studio and media properties under UMG, including its social media channels. Harena has since pivoted to focus on building gaming ecosystems and businesses units in preparation.

“Earlier this year, we began a comprehensive portfolio review to identify cost savings opportunities available to Engine that would best position our company for continued sustainable growth while focusing on our core businesses. The transition of UMG will further reduce cash expenditure by approximately $16-million on a year-over-year basis and enable us to utilize our capital more efficiently. This is part of an overall effort to relieve the company of the more significant cash expenditures necessary to support B2C gaming businesses, particularly as we enter a far more difficult macroeconomic environment,” said Lou Schartz, CEO of Engine.

On the surface, Engine Gaming and Media is essentially an esports company. Below the surface it also offers data analytics, marketing, advertising and intellectual property, all of which it offers direct-to-consumer, while providing these services to clients and partners.

The company has a number of subsidiaries, each operating in their own niche within the company. Stream Hatcher is involved gaming video distribution analytics. Sideqik does social influencer marketing and analytics. WinView Games is a gaming platform that players can use when watching live events, and last is Frankly Media, which is a digital publishing platform used for content creation, distribution and monetization across the company’s digital channels.

The company’s performance has been improving over where it was this time last year. 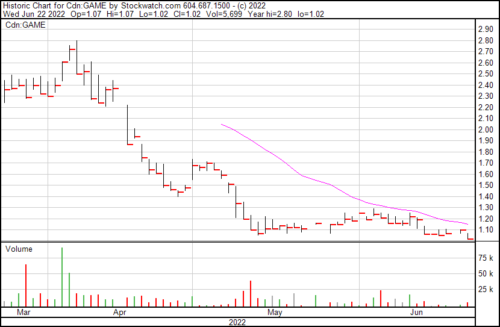 Drones offer an option in terms of short-term emergency delivery of goods that wasn’t ever available to previous generations. The ability to deliver anything from food, supplies and equipment enhance on relatively short notice, without recourse to long haul trucks or other traditional methods increase possibilities for enhanced performance. That’s the promise that drones offer and it’s also the promise of Drone Delivery Canada (TSXV:FLT).

The company signed into agreements earlier this month with each of DSV Air & Sea and Halton Healthcare Services to deploy the Drone Delivery’s drone delivery solution to build a transportation option for Oakville Trafalgar Memorial Hospital.

“The health care vertical market is an area of high interest for DDC, with significant potential future opportunities from a perspective of time-critical deliveries, high-value and high-risk cargo utilizing our unique turnkey drone delivery solution. This project is a great fit to demonstrate a new efficient way to transport medical goods from DSV Milton to Oakville Trafalgar Memorial Hospital. It will also allow us to explore additional connecting air routes, through DSV, in the future,” said Steve Magirias, chief executive officer of Drone Delivery Canada.

Drone Delivery Canada is an award-winning drone technology company working on designing, developing and implementing its proprietary logistics software platform. The company’s platform involves a software-as-a-service (SaaS) model used for performance in both the private and public sectors respectively.

“With the COVID-19 pandemic, we have seen the need for urgent health care transportation to be innovated further. With new needs come new solutions. We are excited to take this next step in drone logistics by partnering as the hub for deliveries to Oakville Trafalgar Memorial Hospital. We are proud to play an integral role in developing drone delivery routes that will benefit Halton region’s health care system and patient care,” said Martin Roos, managing director, DSV Air & Sea.

The route the drone for the revenue-generating pilot project will begin at DSV’s head office in Milton, Ont. and travel to the Oakville Trafalgar Memorial Hospital in Oakville, Ont. It will use DSV’s existing DroneSpot takeoff and landing infrastructure in both places.  Operations begin in Q3, 2022 and will last for six months.

This initiative came about due to a collaboration with McMaster University in Hamilton, Ontario. McMaster’s medical expertise will develop courtesy of the experiences in the project, and once that happens the university will be interested in integrating drones into their nuclear isotope supply chain. The parties will work together with all applicable civil aviation authorities, those being Transport Canada and NAV Canada.

“With the COVID-19 pandemic, we have seen the need for urgent health care transportation to be innovated further. With new needs come new solutions. We are excited to take this next step in drone logistics by partnering as the hub for deliveries to Oakville Trafalgar Memorial Hospital. We are proud to play an integral role in developing drone delivery routes that will benefit Halton region’s health care system and patient care,” said Martin Roos, managing director, DSV Air & Sea. 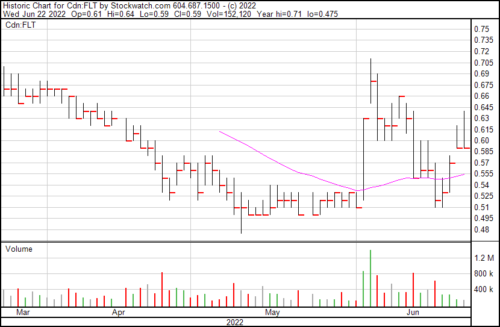 The testing has been completed and the Pool is now open to the general bitcoin mining public and one of the costs for entry is the necessity that any additions are done using clean energy. The pool gives members the chance to display their commitment to using clean energy for bitcoin creation with the hopes that others follow suit.

“Today, Terra Pool has been extensively tested to work at scale and has become the backbone of DMG’s mining operations. The opportunity to further scale Terra Pool provides the market with a readily available supply of ‘green’, clean-mined bitcoin that can be made available to the market. In particular, financial institutions have expressed interest in this scarce asset. With less than 2 million (of 21 million total) bitcoin left to be mined, we believe Terra Pool-mined bitcoin will be in high demand,” said Sheldon Bennett, DMG CEO.

The common narrative around Bitcoin and plenty of other cryptocurrencies involves how bad it is for the environment. It also happens to be true. Proof-of-Work mining, which is the type that Bitcoin (and plenty of other cryptos) use require large amounts of energy expenditure throughout a global network, and as such the rumours that Bitcoin mining gobbles up the energy equivalent of entire countries is also true.

As for right now, Bitcoin’s network consumes an estimated 150 terawatt hours of electricity per year, which is more than the entire country of Argentina and its population of 45 million people.

That number matters only in terms of how the energy is generated. Plenty of companies rely on fossil fuels for their operation. Prior to the Chinese exodus last year, more than 65 per cent of the Bitcoin hashrate was generated using coal, which blanketed many cities in China with a thick cloud of smog. After Xi Jinping banned Bitcoin mining in China and miners left in favour of greener pastures primarily in the United States and Kazakhstan, these companies brought their tendencies with them. Many didn’t. Instead preferring to settle in places where there’s an abundance of renewable energy sources, like New York State with its easy-access hydroelectricity.

DMG believes Terra Pool has many advantages over existing pools, including:

A group of companies, including DMG Blockchain Solutions elected to make a change. Maybe this was out of fear of impending environmental regulations or maybe it was the improvements and cost-effectiveness, but the group started something called the Crypto Climate Accord with its tenets loosely based on the Kyoto Protocol. 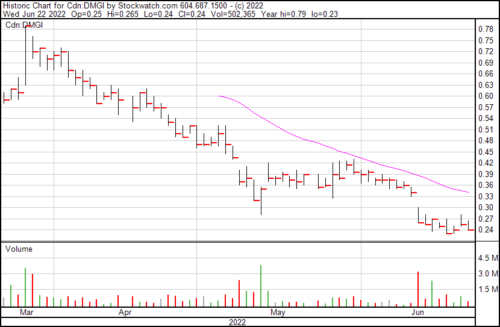