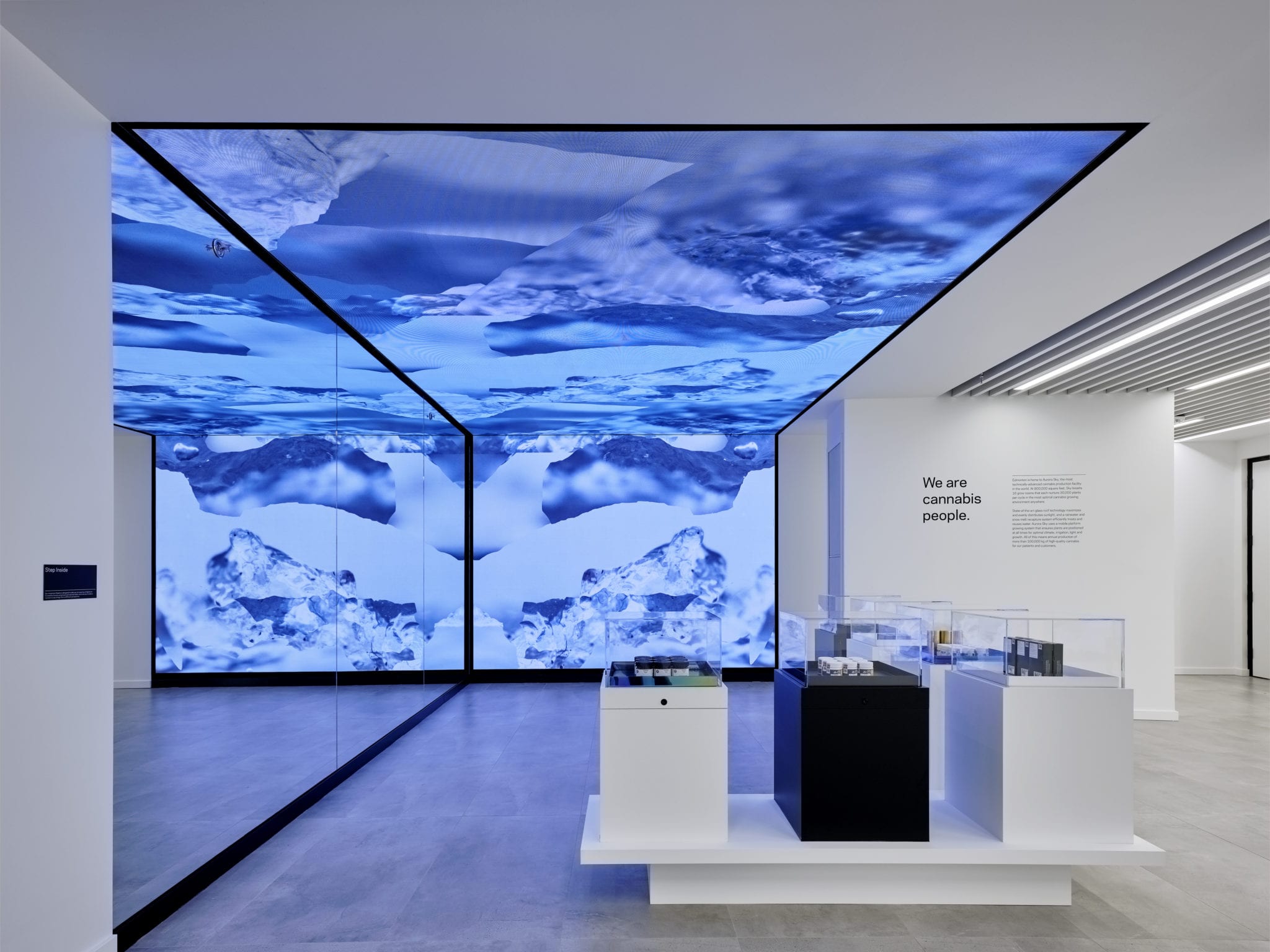 From the company that says it’s defining the future of cannabis, comes an 11,000 square-foot retail space that appears to be an even sleeker version of Canada’s moderne legal weed stores of the present.

In a press release, the company said it would be the mall’s exclusive cannabis retailer. Aurora, headquartered in Edmonton, spoke on its roots in the city.

“Aurora is proud to call Edmonton home,” CEO Terry Booth said in the release. “It’s here where we established our roots and built our business. There’s no better place for us to open the doors to our flagship store and to welcome consumers from all over the world to join us in celebrating how far the cannabis movement has come and how quickly it continues to grow.”

The store, which features design highlights for “embracing nature” and “bringing the outside in,” has a digitally reproduced skylight, multiple merch displays and a bar. A spokesperson told Mugglehead that during in-store events the bar could serve cannabis-inspired food and drink such as hemp-based or terpene-infused items.

The company also plans to use the store as an event space to host cannabis industry professionals, chefs, artists and other experts. 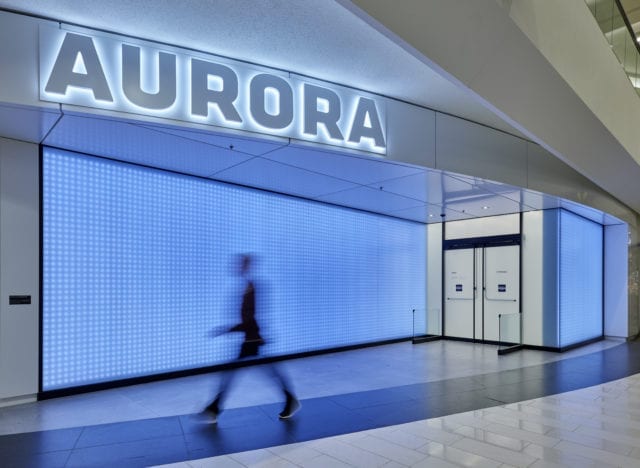 The mall-facing “digital storefront” to the flagship store. West Edmonton Mall CEO David Ghermezian said the collaboration with Aurora was special because the best-in-class cannabis company is based in the same city. 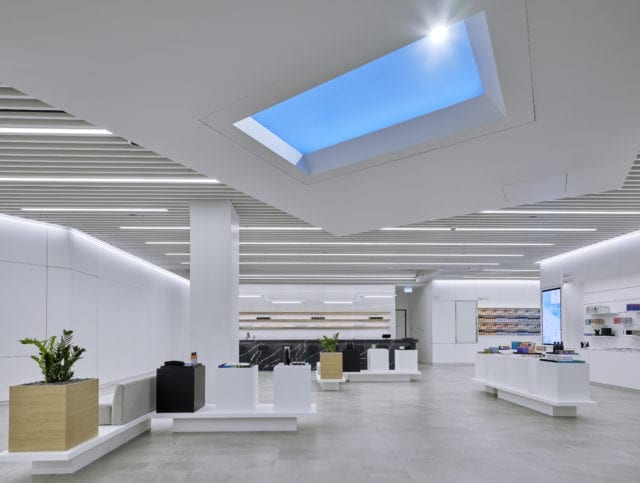 “A digital skylight produces a remarkably true effect of natural sunlight and a clear blue sky, with the feeling of the sun streaming in. Visitors will be able to bask in the light from a seat on the bleachers designed as flexible seating for events,” the company said. 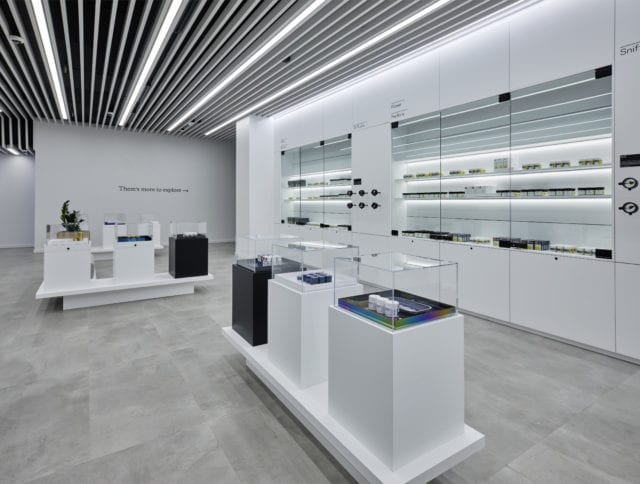 The company says customers will have access to over 42 products from the Aurora family including San Rafael ’71, Alta Vie, Whistler Cannabis Co and Woodstock. 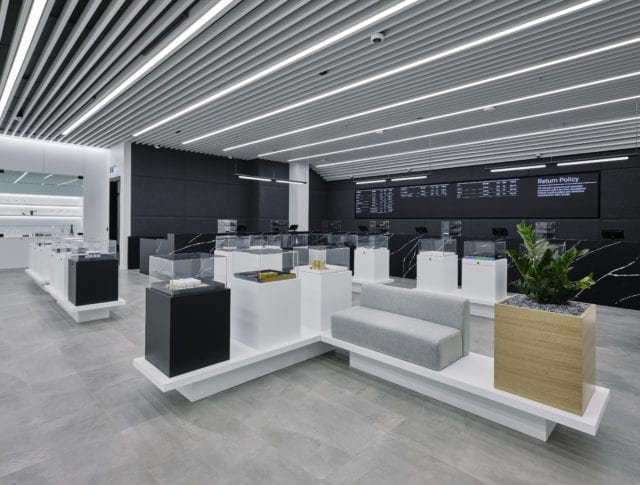 Its minimalist, futuristic look resembles the modern styling of many other legal cannabis stores in Canada. 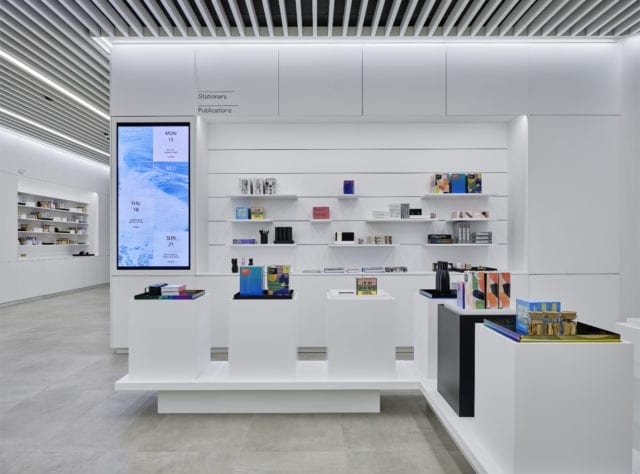 Stoned but not just a stoner? The store has plenty of books, clothes and other weedy trinkets for your purchasing pleasure. 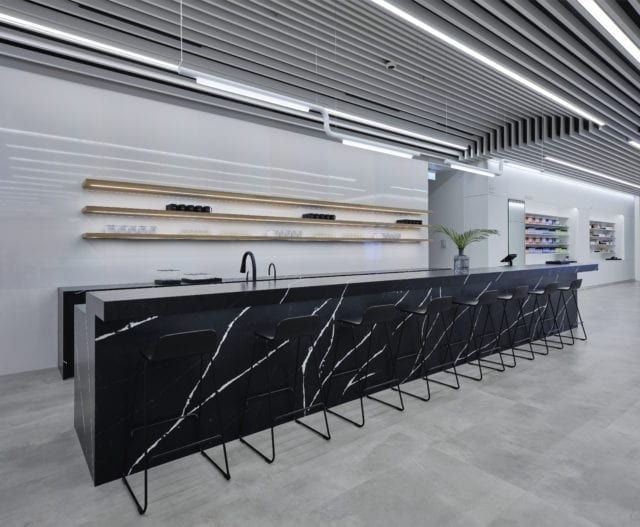 When not holding specific in-store events, customers will be able to hang out at the bar and pour themselves water, according to a spokesperson. 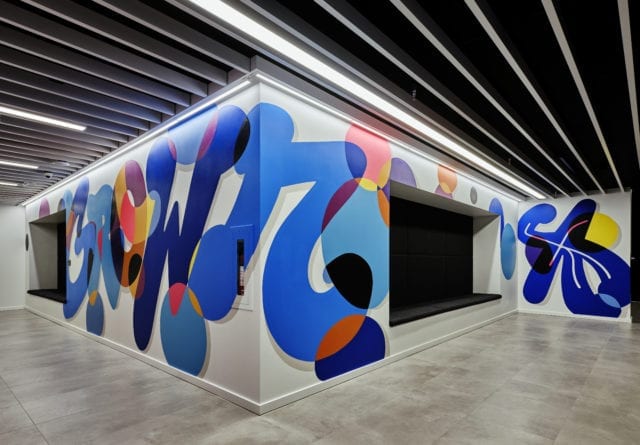 “Aurora is proud to call Edmonton home and is committed to celebrating the people and communities who make it great. ‘Homegrown,’ is a mural painted by local art collective Rust Magic. It’s a celebration of street art and a tribute to the culture of Edmonton.” 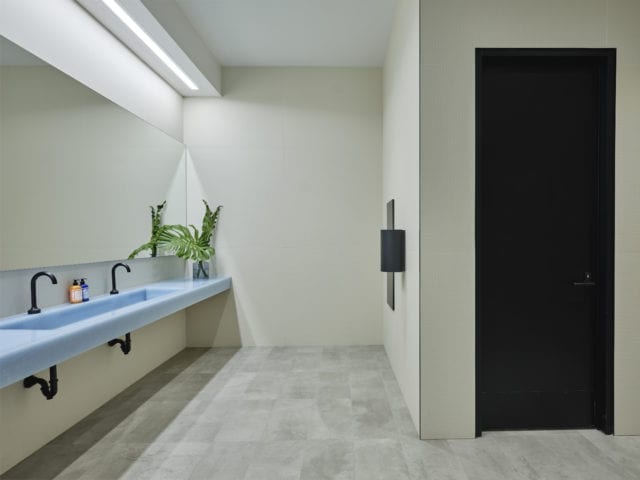 The store’s all-gender washroom. All photos courtesy of Aurora Cannabis.