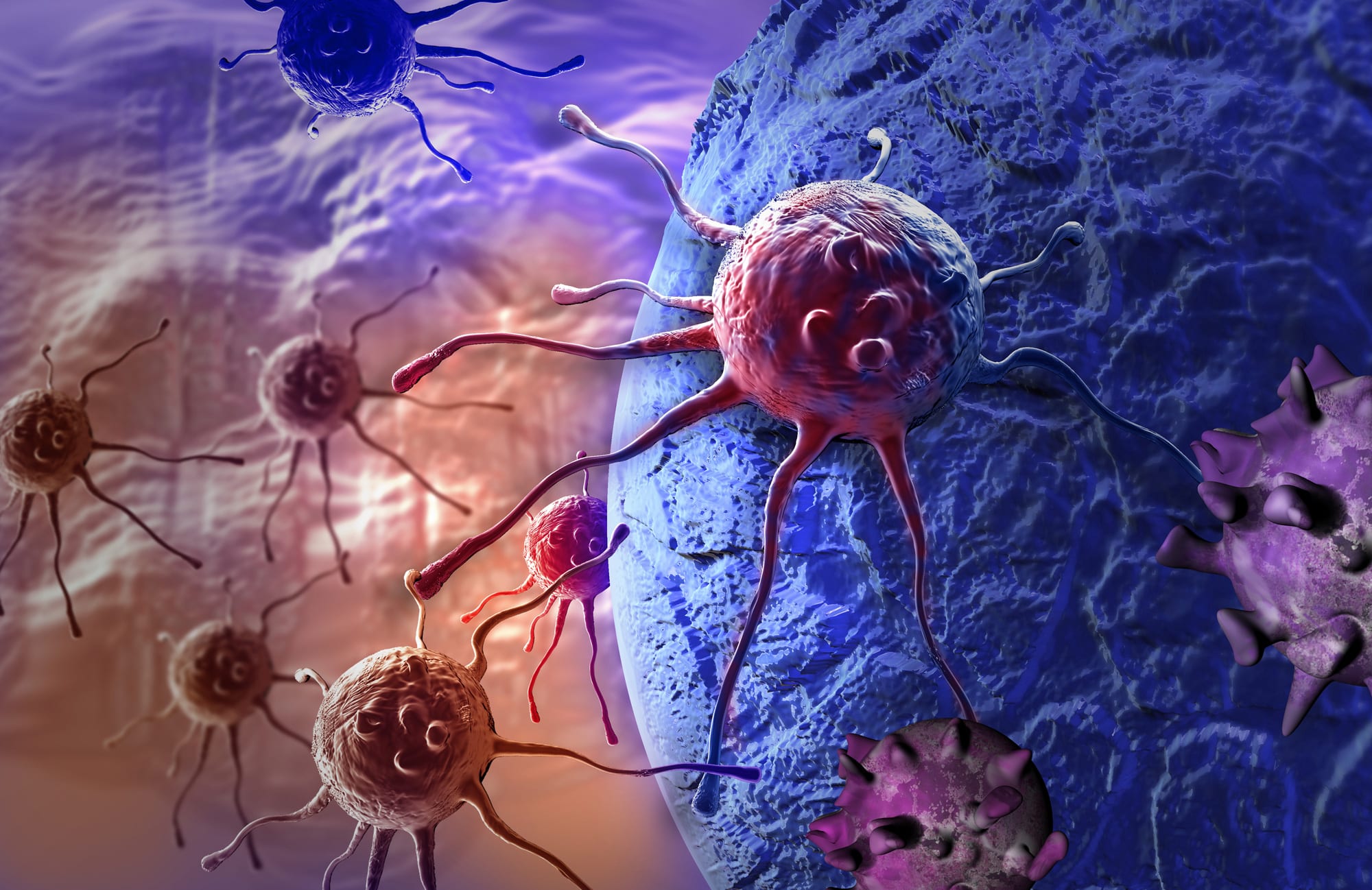 Medical marijuana has been generating a lot of interest around the world for its ability to treat many different diseases and ailments. A recent study out of Penn State College also suggests that it could it could be used to treat cancer cells as well. While cannabidiol (CBD) is the main compound associated with the health benefits of cannabis, researchers found that it was 10 other compounds that were successful in slowing down the growth of colon cancer cells.

While CBD and tetrahydrocannabinol (THC) get the most notoriety when it comes to cannabis, there are many other compounds in cannabis plants that need to be studied as well.

Now that we’ve identified the compounds that we think have this activity, we can take these compounds and start trying to alter them to make them more potent against cancer cells

We know how one of them works, which is by inhibiting the division of cells in general. We also found that the most potent and effective compounds don’t seem to work through traditional marijuana receptors, although we’re not sure of the exact mechanism yet

The research is definitely encouraging for the industry and highlights the importance of more being necessary to truly uncover just how useful cannabis could be in treating cancer. Although the study did find cannabis to be effective against the cancer cells, the problem is that more research still needs to be done in order to understand how and why it works to ensure that it is a reliable treatment option for patients struggling with the cancer.

If successful in treating colon cancer, then it’s possible that cannabis could be effective in treating other forms of cancers as well.

Why this is important

A lot of the focus surrounding medical marijuana has been in offering pain relief to patients, not in it actually being a way to fight a disease. This could help open the doors to more research on other substances besides just CBD and THC. Ultimately, the more we learn about cannabis and all the substances that are in the plant, the more we’ll have know just how powerful it is. Not only will that help patients but it’ll also help make it more widely available and further progress legalization around the world.

The U.S. recently passed the farm bill, paving the way for CBD that comes from hemp, but it still falls short of permitting all forms of CBD. While it’s a good start and should help allow for more research to be done, there needs to be more freedom for researchers to learn more about cannabis to have a complete picture of how effective it is in treating illnesses.

Growth in the segment could be massive

This study is an exciting development and underscores just how significant the medical market for cannabis could be. Although much of the hype has been around recreational use, if cannabis is used as a treatment option for cancer and other diseases then it could easily eclipse the demand for the recreational market, which has been significant thus far.

Although research on cannabis has been slow, as attitudes are easing on the drug we could see some much more meaningful discussions and research being done on it in the near future.