Singapore may well be the worst place in the world for a pothead.

With no domestic supply, except what might come off a buddy’s closet crop, it’s all compressed shwag from either Thailand or Indonesia smuggled at great risk into the country — which also makes it absurdly expensive.

The country’s drug laws are among the world’s strictest, along with Saudi Arabia and Iran, that include the death penalty for import.

While international recognition of cannabis’s medical value has been changing drug laws and public opinion around the world, Singapore remains stoic in its stance without a glimmer of future change. 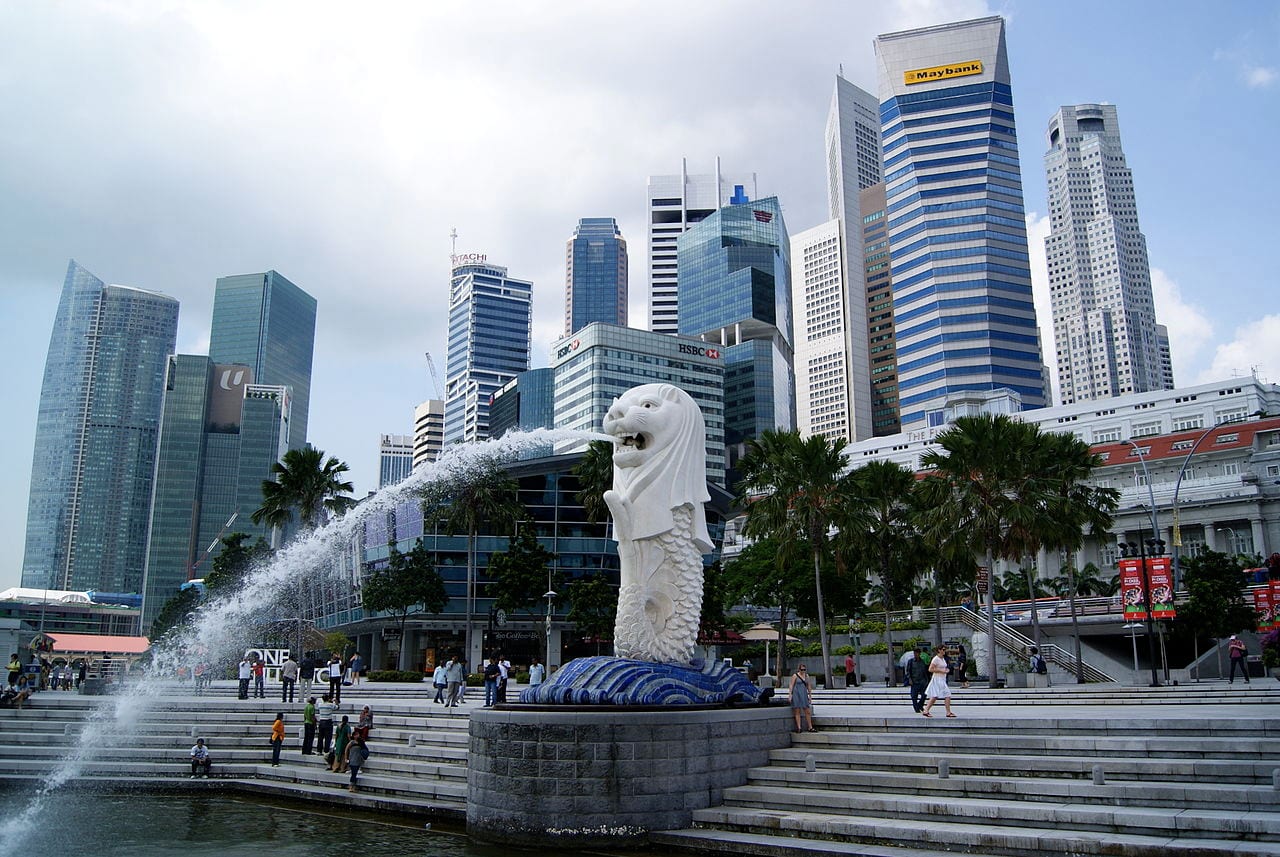 Despite its strict and bizarre laws, Singapore is a very popular tourist destination. According to its tourism board, 19.1 million people visited the country in 2019, a 3.3 per cent increase over the previous year and representing C$25.4 billion in receipts. Photo of the Merlion statue in Merlion park via public domain

In his groundbreaking travel book The Great Railway Bazaar, Paul Theroux wrote about his first attempt at smoking weed.

When he was living in Singapore during the early 1960s he bought a joint from a rickshaw driver. After a few puffs he went into a cold sweat, tore off his shirt and rolled around on the floor. He later found out it wasn’t marijuana. It was opium.

“He wouldn’t do that if he lived there today, no way. [It’s] not worth the risk to buy or for the driver to sell it,” says Bill, a Singapore resident and journalist whose name is being withheld for safety reasons. “For the few people who I know that smoke it’s all done on the extreme down low. If you get caught there’s no buying your way out of it. At the least you’re doing real time and might get the rattan.” 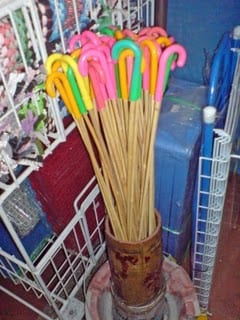 Corporeal punishment is so widespread in Singapore that colourful canes for use on children are sold in dollar stores. They get their “rattan” nickname from the climbing species of palm historically used to make them. Creative commons photo

Cannabis was paired with heroin in a drug eradication push that resulted in the 1971 Misuse of Drugs Act. Last updated in 2019, the act lays out mandatory sentences for various drugs depending on weight.

Possession of any amount, which includes cannabis detectable via urine test as well as accessing a location where it might happen to be, is punishable with jail time and fines.

Possession of over 30 grams is considered trafficking, which can result in up to 10 years of prison — no treat in Singapore — and 24 strokes of the cane. Being caught with 500 grams qualifies as importing and results in mandatory death according to the Central Narcotics Bureau.

“Caning is no joke. Singaporeans are terrified of being sentenced to strokes, as they call it, and it is not rare,” Bill explains.

Caning is a bit of a throwback to Singapore’s connection to the British East India Company, for whom flogging was common. Today, people charged with certain crimes are whipped with a long rattan cane that can open the skin on its first stroke. 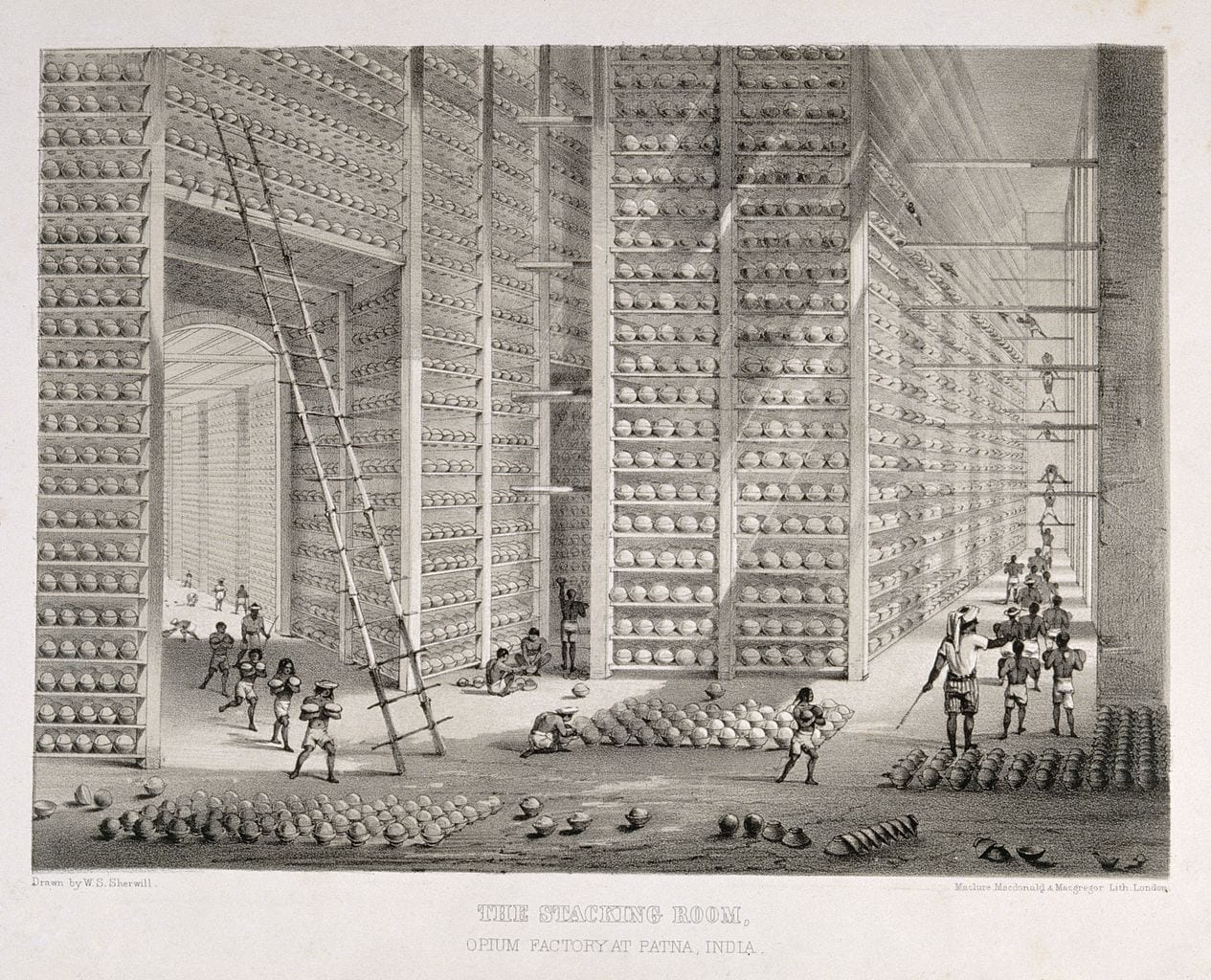 Illustration of a busy stacking room at an opium factory in Patna, India. Drawn by W. S. Sherwill in 1850. Photo courtesy of Wellcome Images via Wikimedia Commons

In 1993, the spoiled son of an American businessman living in Singapore was sentenced with six strokes of the cane for vandalizing neighbours’ cars. The debate and strain on relations between the U.S. and Singapore went on long enough for the incident to be spoofed in a Simpsons episode where Bart gets kicked with an oversized boot for crimes against Australia (season 6, episode 16).

“It’s absolutely absurd and outrageous that we still have these laws in Singapore,” says Waigh Ling, a Singaporean drugs and alcohol therapist. “We are supposed to be a role model nation in Asia, but we’re still beating and hanging people for smoking a plant that is being openly recognized as beneficial in so many ways.”

“It’s barbaric. Meanwhile, we have such a high rate of alcoholism and prescription drug abuse here.”

Cannabis was probably first brought to Singapore by Indian laborers during its years as a British colony, and has been prohibited by law since 1870. Ironically, as a British port of trade, one of Singapore’s most important products was opium, which laborers in all of its colonies were encouraged to smoke. 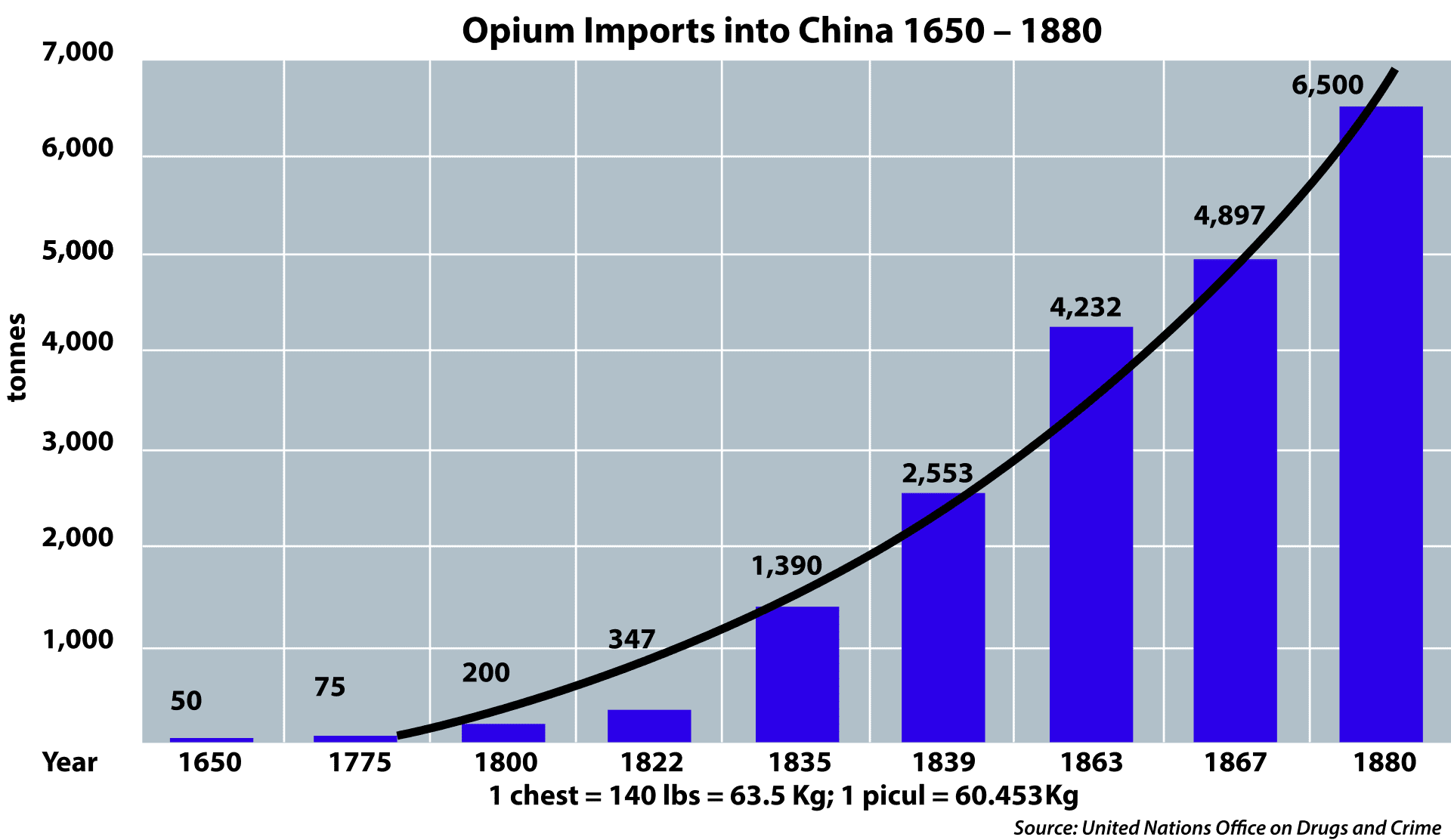 As China was flooded with opium in the 19th century, labourers were encouraged to use it. This March, the first illegal import of fentanyl into Singapore was reported. Chart based on UNODC data by Philig88 via Wikimedia Commons

The same single-minded, long-term plan of making Singapore — which became one of the world’s smallest countries when it split from Malaysia in 1965 — not only a model state but a business juggernaut, has manifested a nation that controls its citizens with extreme and often bizarre laws.

Its laws ban everything from selling chewing gum to being gay. Signs illustrating prohibitive behavior are everywhere in Singapore, so much so that citizens sometimes refer to it as The Fine City.

When the United Nations removed cannabis from its list of dangerous drugs with no medical benefit last year, Singapore expressed its disappointment with 27-member-nation majority that approved the change. Twenty four other countries were opposed.

“I put this down to the power of money. Companies see a huge amount of profit, and a very invidious idea that cannabis is not harmful, is being pushed,” Law and Home Affairs Minister K. Shanmugam told the Straits Times when asked about Singapore’s opposition at the time.

“The evidence was quite clear, and I said at the UN, ‘Look, if there is evidence that it’s not harmful, we will change. But so far, what we have done has worked for us. No one has been able to show me [otherwise],” he said.

Singapore’s former Hill Street Police Station is now home to the Ministry of Communications and Information as well as the Ministry of Culture, Community and Youth. Photo by CEphoto, Uwe Aranas via Wikimedia Commons

“Most of the population share, at least publicly, the government’s view that all drugs are dangerous,” says Yao, one of four creators of a cannabis advocacy Facebook group that was shut down by the government in 2016 for being a “dangerous news source.”

“This makes any chance of passing pro-medical marijuana laws impossible for now. We have to work towards tomorrow,” he says. Yao is not being identified because he currently moderates another advocacy group and remains anonymous to keep it from getting removed.

With almost no public advocacy or plan to initiate medical cannabis research, Singapore’s staunch anti-drug stance looks to last far into the future.

As Bill says of the situation, “It’s pretty simple math: if you want to smoke weed, don’t come to Singapore.” 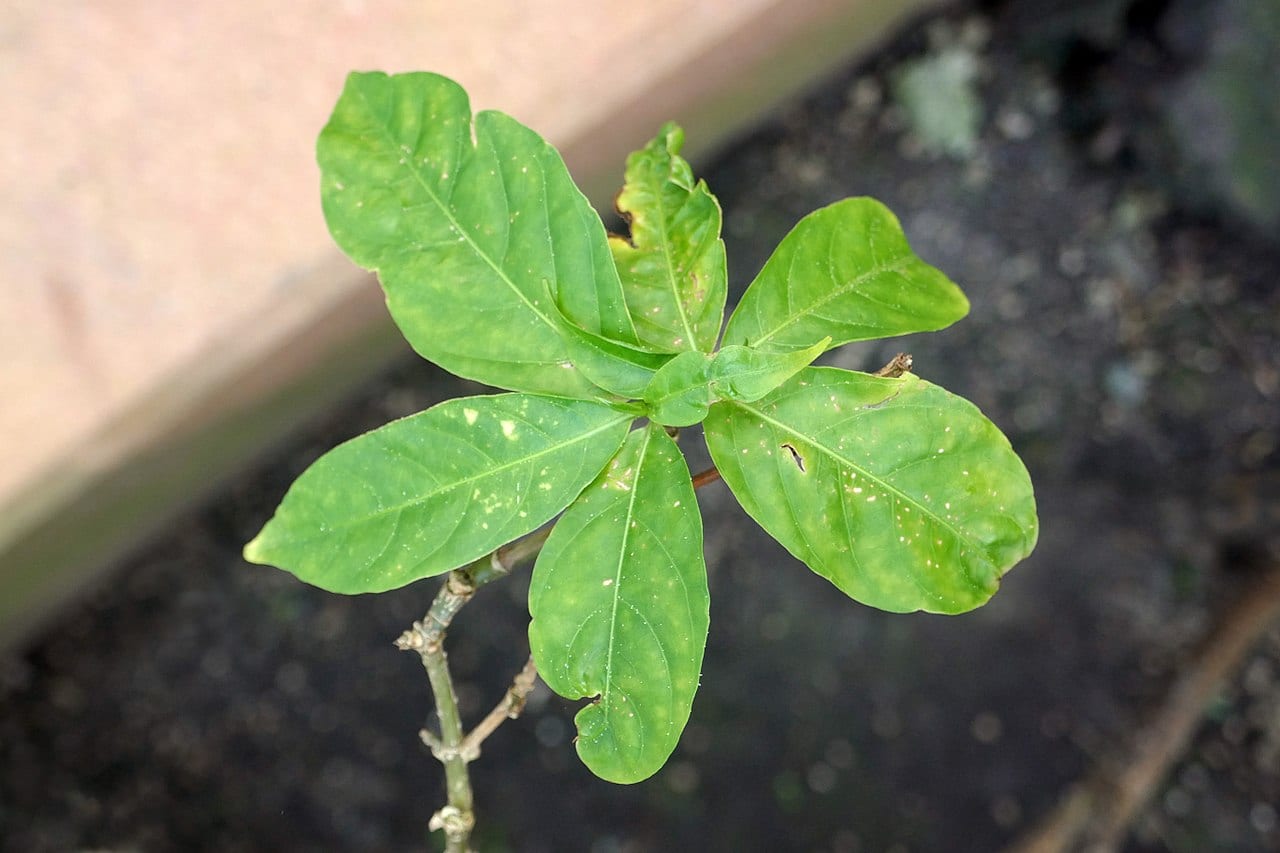 What happened to Canada’s ibogaine clinics?

Following a surge of interest, ibogaine therapy in the country disappeared. But recent signs show regulators are warming to the promising plant