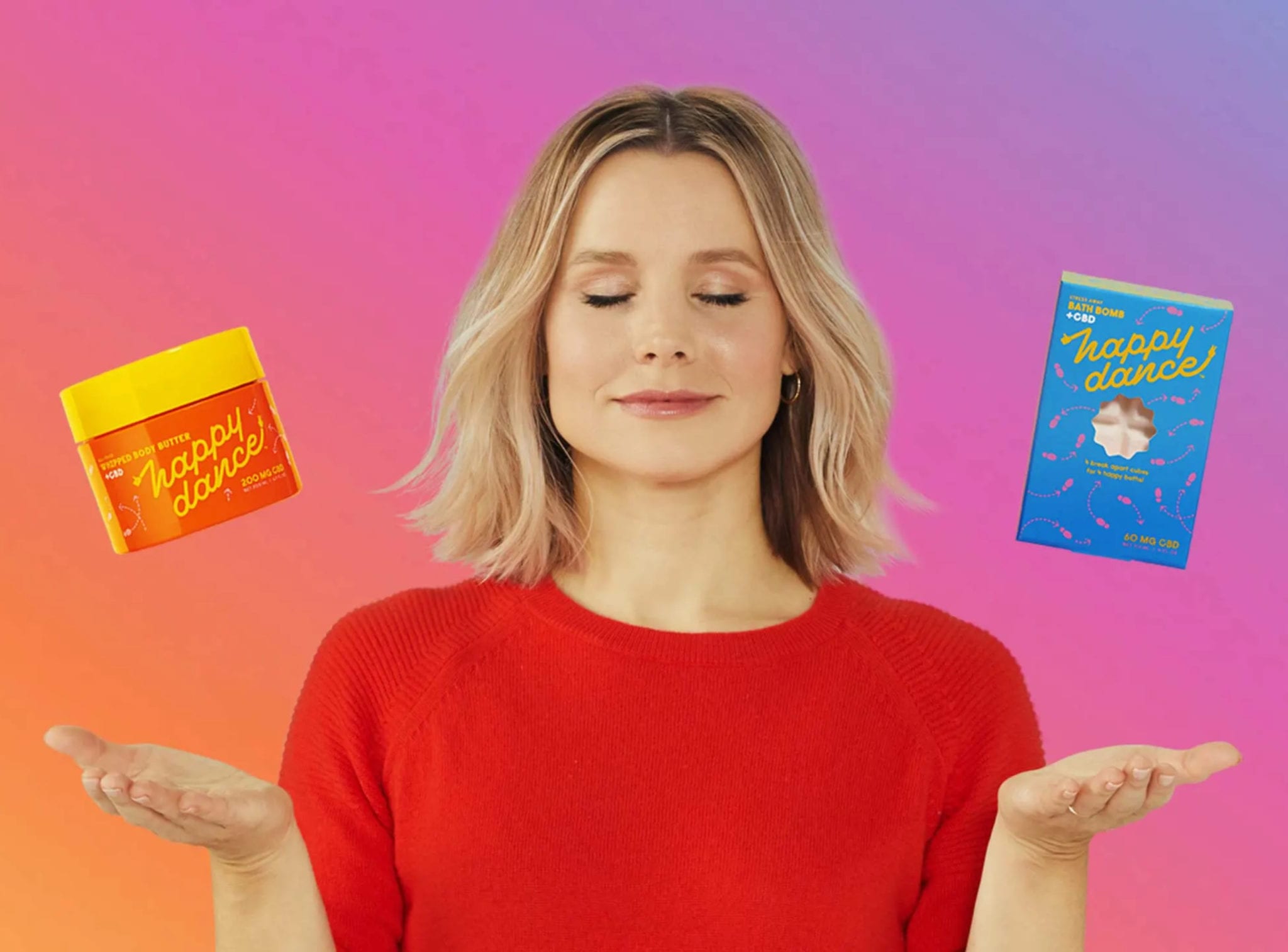 The company has a CBD skincare brand with actor Kristen Bell. Image via Happy Dance

The change became effective Monday, with the firm thanking Schmidt for his “stewardship through the pandemic and broader industry headwinds.”

After running global brands like Nestlé and Gerber for decades, he was hired in 2020 in part because of his long track record of success in partnering with founders of late-stage start ups to accelerate growth.

Unfortunately for Cronos, Schmidt wasn’t able to change its fortunes.

At the time of his hiring, company stock had lost over 75 per cent of its value since Marlboro maker Altria invested $2.4 billion in the firm in March 2019. Its downward spiral has only continued since then.

In February, Cronos released its delayed third-quarter earnings results, adding a US$236.1-million impairment charge to its second-quarter report. In its fourth-quarter results, released in March, the firm recorded a US$134-million loss on the closing of its Peace Naturals campus in Stayner, Ontario.

“He is uniquely positioned to oversee the implementation of our strategic and operational realignment initiatives as we create a highly differentiated branded cannabinoid platform to drive long-term success,” he says.

“A key element of our plan is being ready for entry into the U.S. cannabis market once federally permitted — with Mike leading that charge every step of the way.”

“We positioned Cronos to have the best tools to succeed in this market with our evolving asset-light supply chain, an organically growing brand in Canada, differentiated IP with a focus on rare cannabinoids, and one of the strongest balance sheets in the industry. Now it is time to use those tools to deliver meaningful shareholder value.”

According to the firm, his immediate areas of focus include delivering margin-accretive growth in adult-use products, continuing development of rare cannabinoids, cutting costs and positioning to win in the U.S. cannabis market.

Gorenstein has a background in investment management and corporate law.

Company stock dipped around 2 per cent Monday to $4.50 on the Toronto Stock Exchange.