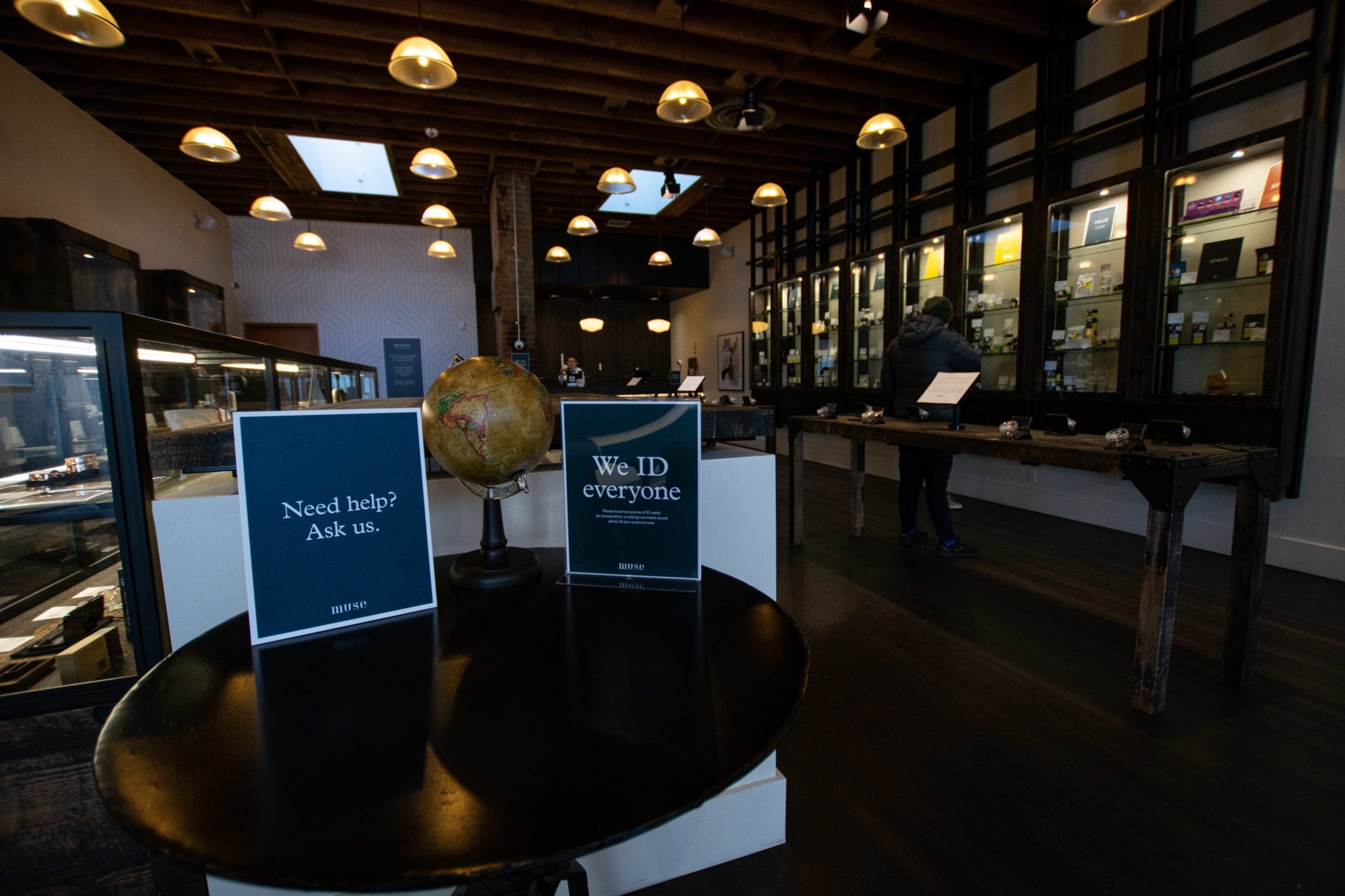 In emerging industries like Canadian recreational weed, accurately deciphering data can be a doozy.

May’s record retail sales figures from Statistics Canada are a prime example. Total sales for the month came in at $185,897,000 — a 4.2 per cent increase from April — and it looks like the Covid economic timeline of stockpile, quarantine then spend again could be the most plausible explanation.

At first you might think that the big numbers mean that stores are cashing in, but reports of relatively flat sales from individual outlets suggest a different scenario.

Then, you might look at the total number of stores across the country — which broke the 1,000 mark in July — and surmise that the increase in locations is driving the sales spike. After all, sales have increased most in provinces that have added the most stores, like B.C. and Alberta, and stayed stagnant in Ontario and Quebec where regulators have been notably slow in expanding their retail footprints.

A call earlier in the day Wednesday with StatsCan senior analyst Omar Youssouf, seemed to support the store increase theory.

“Without digging into it too deeply, I can say that you might expect to see the average sales go up only because of having more stores opening at this time during Covid,” he told Mugglehead over the phone. “Especially with the [cannabis industry], we didn’t really see many closures in that area.”

However, that theory was dashed by an official statement from StatsCan as their office closed for the evening.

“In Ontario, Quebec, Alberta and British Columbia, the number of new cannabis store locations and net of closed locations, did not impact the overall cannabis stores sales figures for these provinces from April 2020 to May 2020.”

And we ought to trust their conclusion, as their data on the cannabis industry is some of the best on offer. Because it’s a newer industry, StatsCan tracks data on a census basis, which directly reflects the reporting of individual stores, opposed to the way it tracks more mature industries by sampling.

“We’re releasing those numbers on an unadjusted basis because we just don’t have enough to seasonally adjust at the moment, which means that the variations and the changes that we’re seeing are really coming from the micro level,” Youssouf explained.

So how do we make sense of these infantile sales data? Zooming out and taking a look at the trends in more established industries is probably a good place to start.

In both the grocery and alcohol industries we see a similar timeline: a large spike in March, a slight slowing in April and then a surge in May to the highest total of the three months. 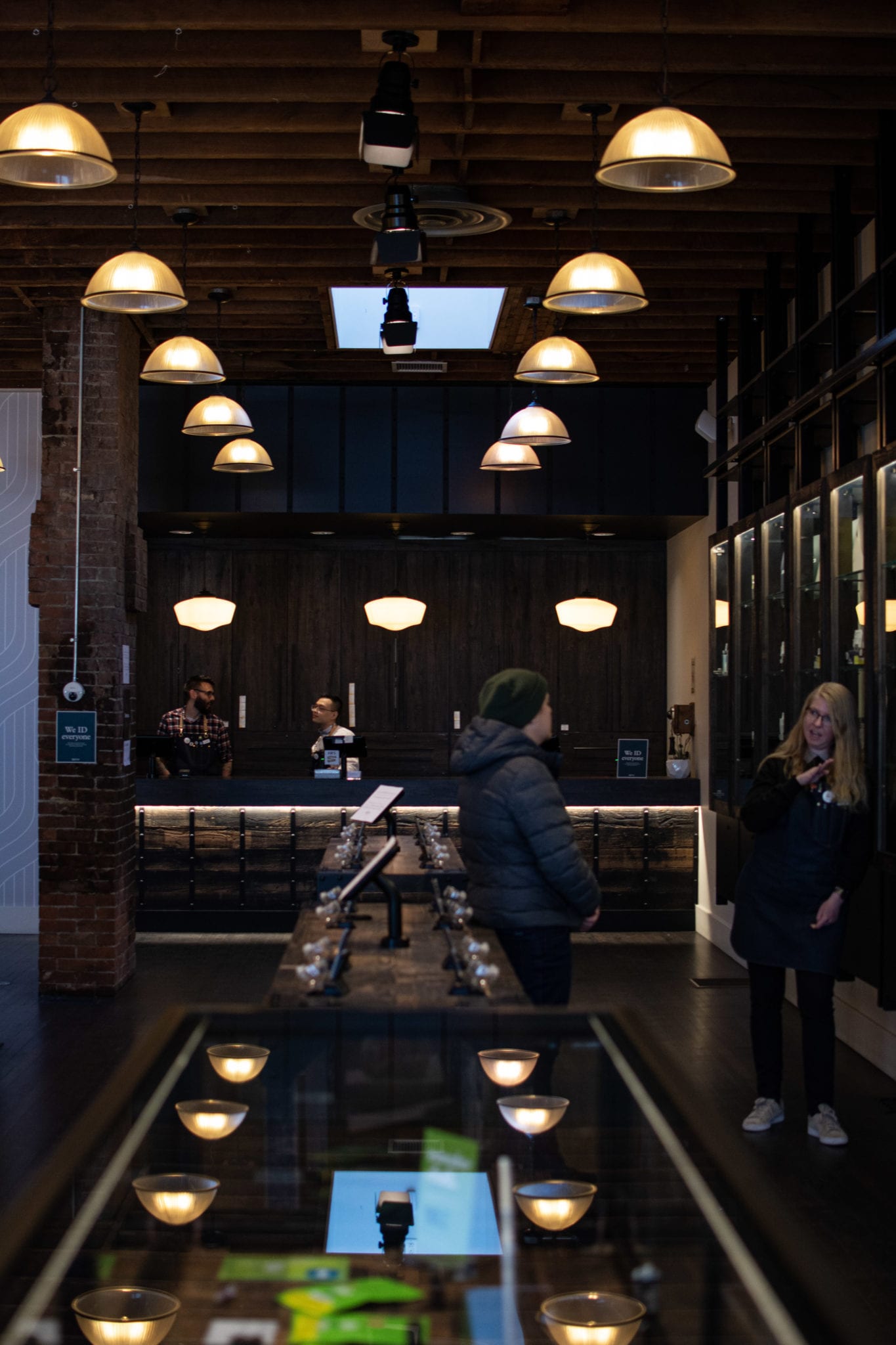 Muse reports that sales are climbing even higher in June as the economy continues its re-opening. Photo by Nick Laba

Muse Cannabis Granville store manager Frida Hallgren says the Covid-19 timeline of stockpiling in March, quarantining in April and moving toward normalization in May applies to what she’s witnessed in her store.

“We had a lot of stockpiling going on in March, then around April it’s more normalized and then a tiny bit more in May but a bigger jump up for June.” she says. “ I think that June was a bit higher just because of the second rollout, so a lot more people out and about, more stores in the area opening up and also we’ve seen a lot more people using our click-and-collect function where you can reserve online.”

In fact, May sales are comparable to what Hallgren saw in February. Without a targeted sweep of specific data from individual stores — which StatsCan says it can’t provide due to confidentiality reasons — it’s near impossible to say for sure. But if a large number of stores have experienced this relative flatness then the increase of retail locations could be diluting the country’s overall monthly increase.

Like a slew of other businesses, Muse is sticking to its strategy of adding more stores despite economic uncertainties related to the pandemic.

On June 26, the chain opened its second store located in downtown Vancouver. Muse is holding a socially distant celebration on August 8 to increase awareness of the store, which the company says has been low due to less than average foot traffic in the area. Ten per cent of proceeds to the Wake & Bake event will go to music therapy charity Music Heals.