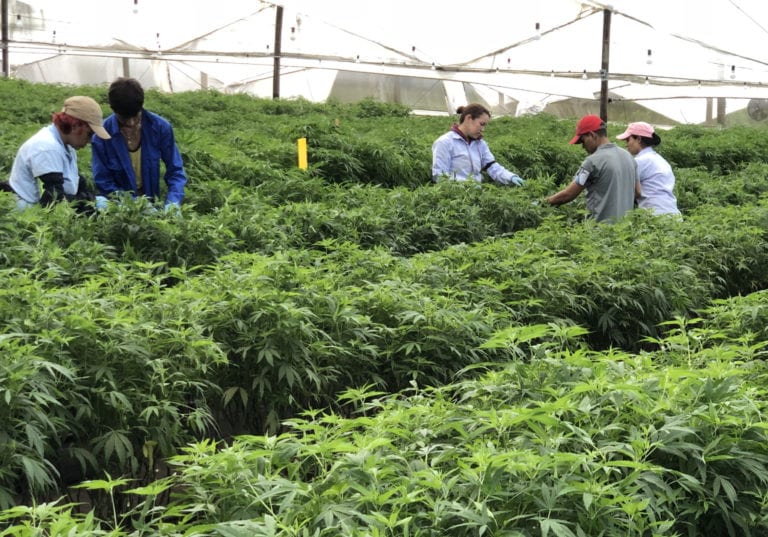 On Friday, the Toronto-headquartered company with primary operations in Colombia announced the release of its 2021 financial statements ended Dec. 31 and saw a decrease in year-over-year revenue of 27 per cent to $1.9 million from $2.7 million in the previous year.

Total cash equivalents by the end of year totalled $5.3 million from $8.9 million in the last quarter.

Company stock went up by 7 per cent on Friday to $0.61 on the Canadian Ventures Exchange.

Read more: PharmaCielo to raise up to $15M in debt financing

The company saw a negative Sequential Adjusted EBITDA of $4.6 million this quarter and a net loss of $4.1 million.

PharmaCielo’s CEO Bill Petron said that since he assumed the CEO role in the third quarter, the company has made significant progress streamlining its operating structure, investing in its sales organization and refocusing the team on THC-related opportunities.

“These efforts are paying off, with a deeper, higher quality sales pipeline and a recent agreement in Germany to access a distribution network that reaches every pharmacy in Germany, a market expected to be worth €7.7 billion by 2028,” Petron said.

According to Petron, dried flower accounts for up to 50 per cent market share in most mature cannabis markets globally. He said that the recent update on exports by the Colombian government is a “watershed moment” for the industry.

“PharmaCielo is particularly well-positioned to capitalize on this shift, with scalable cultivation and processing capacity in place, a structural cost advantage, and the sophistication to ensure consistently high-quality products,” he explained.

“I expect 2022 to be a pivotal year for the company as we build what I fully expect will become one of the most important B2B companies in the global cannabis supply chain, backed by a strengthened balance sheet and clear path to revenue growth.”

At the beginning of April, the Colombian government signed resolution 539 which which outlines the regulations and the technical guidelines for commercializing dried flower and medicinal-grade cannabis extracts.

After the regulations change, many multinational operators are starting to export their Colombian-grown cannabis into other markets such as Florida-headquartered  Clever Leaves Holdings Inc. (NASDAQ: CLVR) (NASDAQ:CLVRW) and Kelowna-based Allied Corp. (OTCQB:ALID).