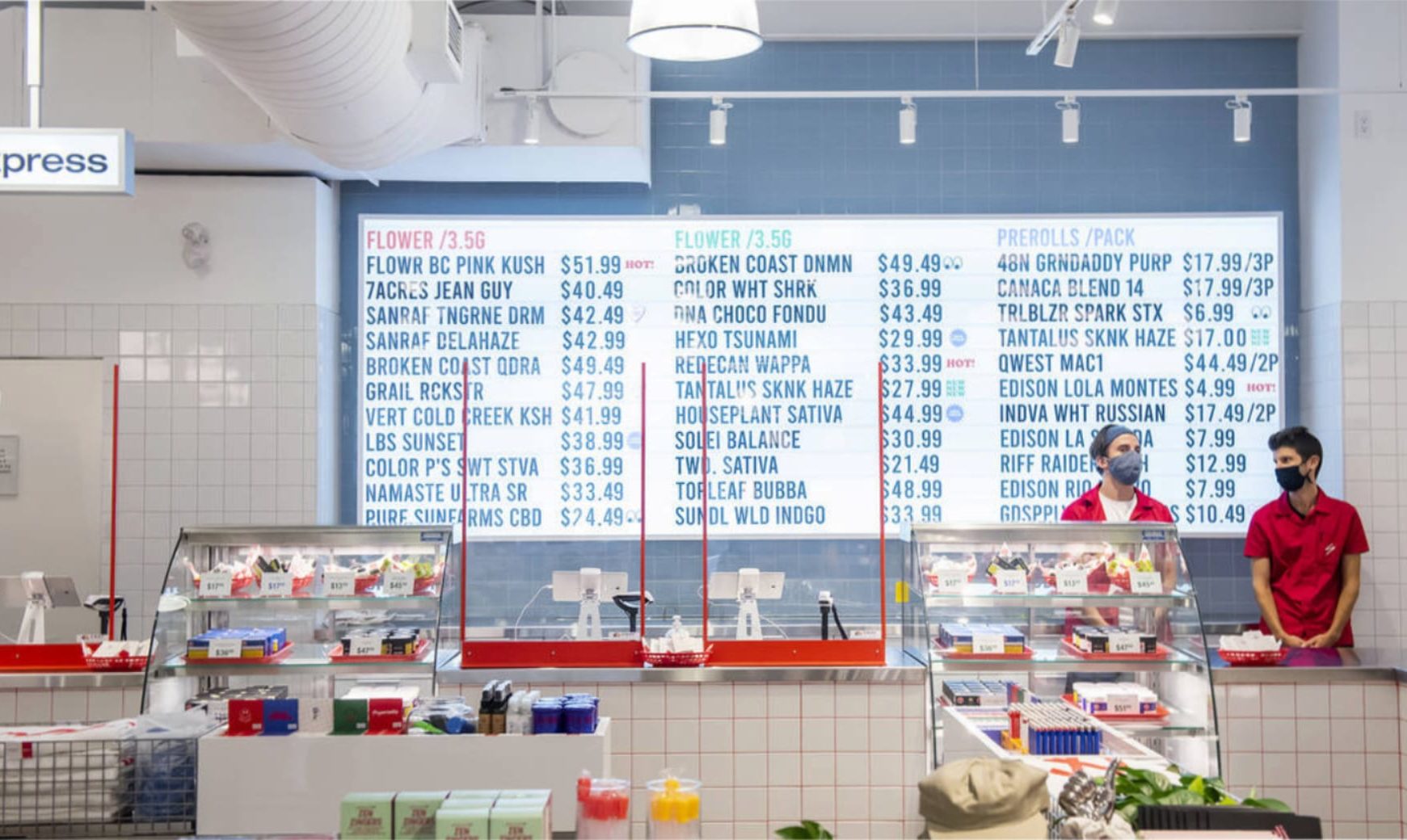 While Ontario’s latest move to speed up new cannabis store approvals will offer hope to a massive backlog of frustrated applicants, it could lead to retail saturation in some regions of the province.

That’s according to the latest note from Chris Damas, analyst and managing editor of the BCMI Cannabis Report.

On Tuesday, Ontario’s cannabis regulator said it’s contacting 1,100 store applicants to tell them it’s been ordered by the province to double monthly retail authorizations, from 40 to 80.

“The owners of stores waiting in the queue are restless as they have been paying lease rents while seeing their final store inspection scheduled a year or more out,” Damas wrote following the announcement.

The analyst suspects Premier Doug Ford’s government needed some good news to tell Ontario residents amid a second Covid-19 lockdown in the Toronto and Peel regions.

The slow rollout of stores in Canada’s most populous province has drawn industry ire in the first two years of legalization, notably from dozens of publicly traded producers with weak sales.

In September, the province vowed to open up Ontario’s cannabis retail market. It ordered the Alcohol and Gaming Commission of Ontario to double monthly store authorizations to 40.

Some in the industry, however, remained critical of the Ford government for being too slow.

To date, the AGCO says it’s issued 305 store licences and 269 stores are open in the province of 14.5 million people. That’s compared to 545 stores open in Alberta with a population of 4.4 million.

But with the latest move, Ontario will be on pace to reach 1,000 stores by next fall, and closer to the industry’s target ratio of one store for every 10,000 people.

“The additional hundreds of new cannabis stores means a bite out of the illicit marijuana grows that populate Ontario,” Damas wrote.

Ontario led all provinces in monthly legal weed sales in August with $74 million and September with $77.9 million. 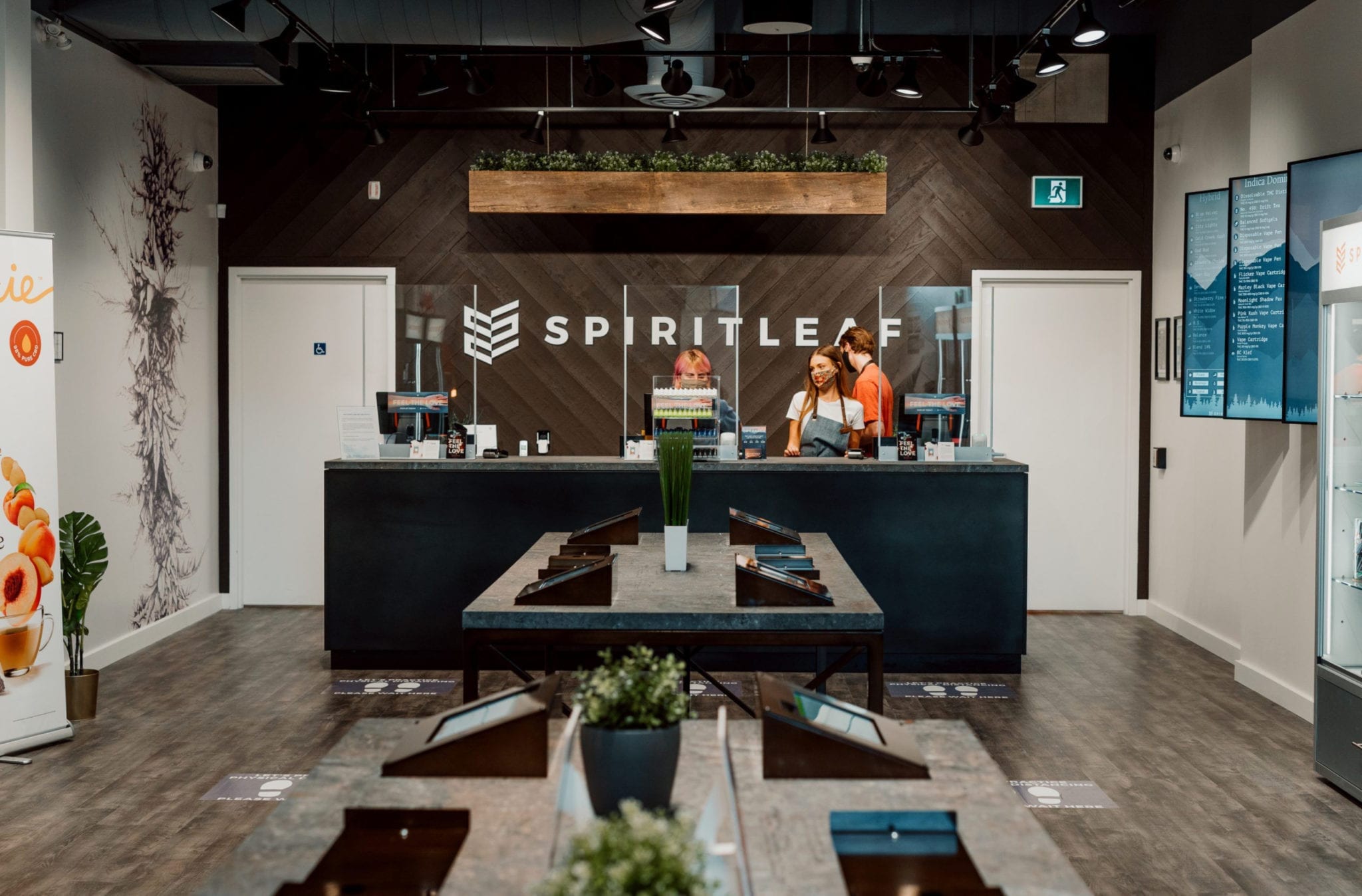 Cannabis retail franchiser Inner Spirit could have as many as 30 stores open in Ontario under its Spirit Leaf banner by next year. Press photo

NIMBYism could create pot shop saturation in some Ontario regions

The AGCO said it would be contacting and processing store applications that are “most imminent” from being authorized. That means applicants closest to a mandatory 15-day public notice period, Damas suspects. Nearby businesses and community members that are opposed to incoming cannabis stores have been delaying applications, he notes.

Last week, Ontario NDP MLA Marit Stiles tabled a private member bill that would take into account resolutions of municipal councils that oppose additional cannabis retail. While unlikely to pass, it at least demonstrates active pushback against weed retail in the province, and could add a bothersome barrier for applicants if adopted.

“But these days it appears petitioning the local municipality for the rezoning is not an option for local residents as long as the store is located in accordance with provincial regulations and statutes,” Damas wrote.

He also warns that the potential 960 new store authorizations by next year could lead to saturation in some regions.

That’s because over 70 Ontario municipalities have refused to allow the opening of cannabis stores. The jurisdictions cover a population of 2.15 million and include major urban centres such as Oakville, Mississauga, Vaughan, Richmond Hill, King City, Markham, Pickering and Whitby, according to Damas.

“This means the remaining cannabis friendly cities will find they are looking at more densely packed cannabis store areas that they hadn’t bargained for.”

But for larger producers the surge of stores will provide a tailwind for orders sold to the wholesaling division of the Ontario Cannabis Store, Damas says, which partially depends on if the OCS can manage inventories better at its new and larger distribution centre in Guelph, Damas says.

For investors, the hastened pace of retail licensing could bode well for publicly traded companies with pot shop operations in the province.

While Ontario’s latest move won’t change the cap on stores owned by the same group at 30, Damas notes the larger operators will be able to reach that maximum sooner.