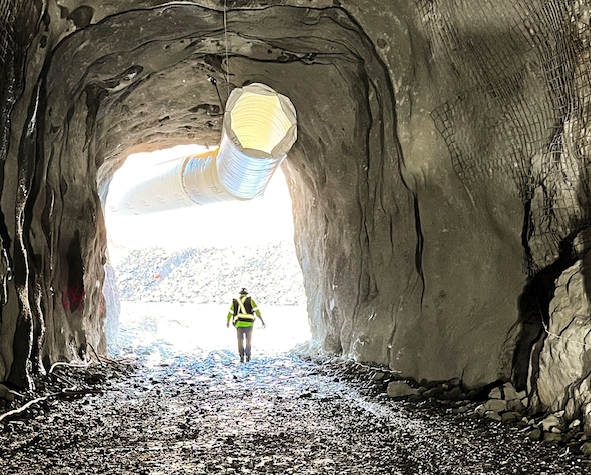 Exhaust ventilation port at the Haile Gold Mine, South Carolina. Photo via OceanaGold

Vancouver-based OceanaGold Corporation (TSX: OGC) has obtained the necessary permissions needed to expand its underground operations at the Haile Gold Mine in Kershaw, South Carolina.

The company announced news of the milestone on Monday following the issuance of a necessary Supplementary Environmental Impact Record of Decision (SEIS ROD) from the United States Army Corps of Engineers granting a permit under Section 404 of the Clean Water Act for the continued development of the Haile site.

OceanaGold also received a required Mine Operating Permit (MOP) from the South Carolina Department of Health and Environmental Control last Wednesday which comes into full effect on December 29 and concludes the state permitting process for the expansion of the Kershaw gold mine.

OceanaGold stock dropped by 3.65 per cent today to $2.64 on the Toronto Stock Exchange.

The United States Army Corps of Engineers has issued the SEIS Record of Decision and granted a permit under Section 404 of the Clean Water Act for the expansion of the @oceanagold Haile Gold Mine, completing the federal permitting process for the expansion #miningnews

“The receipt of the Haile SEIS ROD and the MOP represents a significant milestone for OceanaGold, putting the Company on a clear path to deliver increased gold production and lower unit costs at this cornerstone asset,” said Gerard Bond, CEO of OceanaGold.

“We are thrilled to be progressing the next stage of Haile’s growth as we expand our operations underground and, with exploration success, pursue further opportunities to profitably extend the mine life.”

Having obtained the SEIS ROD and required permits, the company will be continuing the development and operation of its underground mine and expanding its operating footprint to include a greater tailings storage capacity and supplemental waste containment facilities.

Calibre also completed an acquisition of Fiore Gold (TSXV: F) (OTCQB: FIOGF) and its Pan Mine located adjacent to the Gold Rock Project this October, a site producing approximately 50,000 ounces of gold annually.