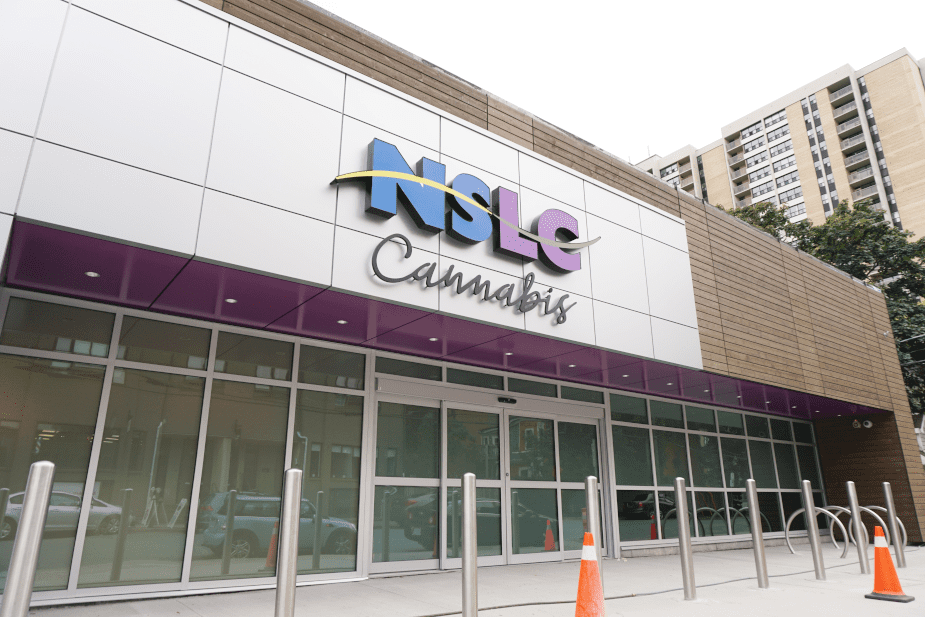 The NSLC says 33 stores have been opened and it carries products from 12 local producers. Image via NSLC

Nova Scotia’s weed sales have been returning to pre-pandemic levels, according to the provincial store, while its local products category continues to grow.

Cannabis and alcohol sales together rose 7 per cent to $227.6 million, from $211.8 million in the previous period, earning the Crown company operational income of $78.4 million, up 9 per cent from $71.7 million.

Sales for cannabis alone reached $26.6 million, rising about 8 per cent from $24.7 million.

The provincial regulator says two more stores opened this quarter, for 33 in all.

The NSLC has been attributing year-over-year growth in cannabis sales to extended hours since pandemic restrictions have lifted, and to extra selling days since stores are open on Sundays again.

Since last year, total cannabis sales have risen 20 per cent from $22.1 million. Chart via NSLC

“We continue to see a gradual return to pre-pandemic purchasing patterns in Q2,” said NSLC president and CEO Greg Hughes. “This is reflected by a 7.3 per-cent-increase in the number of transactions and a 1.4 per-cent-decrease in the average dollar value of those transactions.”

The NSLC boasts that the average price per gram is more competitive with the illicit market at $6.50 this quarter, which has remained flat since the last reporting period when the average was $6.49.

Maintaining the average is due to consumers buying 28-gram pack sizes and large pack pre-rolls that carry a lower price per gram, and “general price reductions across several categories.”

The NSLC carries 12 local producers, two of which sell the 28-gram pack size.

The sale of local cannabis products inched upwards to $5.5 million, a 12-per-cent increase from $4.9 million.