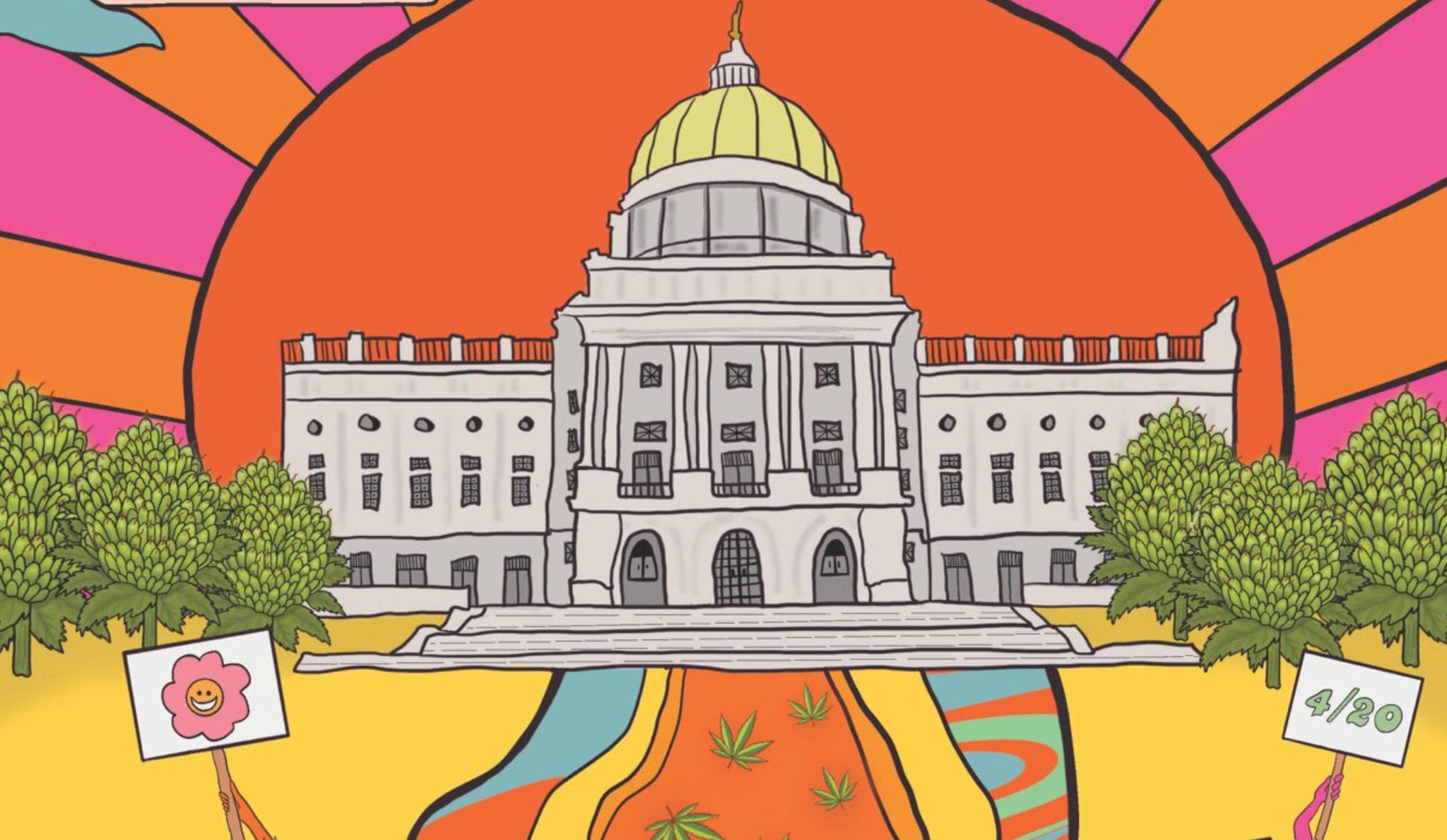 American advocacy group NORML is calling on pot activists this 4/20 to “finish the fight” by urging their elected officials to legalize weed at the state and federal level.

While April 20th has been synonymous with celebrating weed’s cultural status, this year NORML says American cannabis lovers need to push federal legalization to the finish line so states can set their own cannabis policies.

On Monday, the Washington, D.C.-based organization launched its “Finish the Fight” digitial toolkit, which informs the public on how to encourage their lawmakers to take action on important reform efforts taking place in the country. 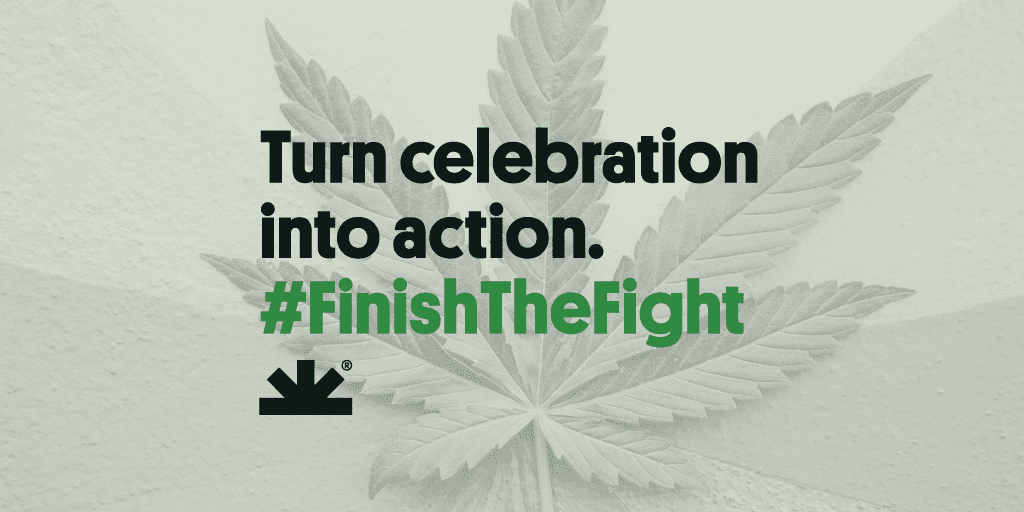 “While we have undoubtedly made immense progress in recent years, hundreds of thousands of our fellow citizens are still arrested each year for simple possession of a plant,” NORML executive director Erik Altieri said in a statement.

“That is why we are calling on all legalization supporters to take time out of their 4/20 celebrations this year to help us finish the fight, both at the federal level and in those states that still are living under the dark ages of prohibition.”

Relatedly, U.S. House lawmakers voted on and passed a cannabis banking bill Monday evening, after they debated the legislation during the day.

The SAFE Banking Act will protect banks that service state-legal weed businesses from being penalized by federal regulators.

Majority Leader Schumer told reporters this month that a cannabis legalization bill will be hitting the Senate floor “soon.” Experts are optimistic it will pass there as well.

BREAKING: The SAFE Banking Act has passed in the U.S. House of Representatives!

At the federal level, NORML has given people a Congressperson lookup tool to message their local representative and push them to join the Congressional Cannabis Caucus. The federal caucus is at the forefront of developing a number of upcoming key cannabis policy reform measures in the both the U.S. Senate and House of Representatives.

The organization is also calling on advocates to urge their Senators to support a federal legalization bill being drafted by Senate leaders Cory Booker, Ron Wyden and Majority Leader Chuck Schumer. 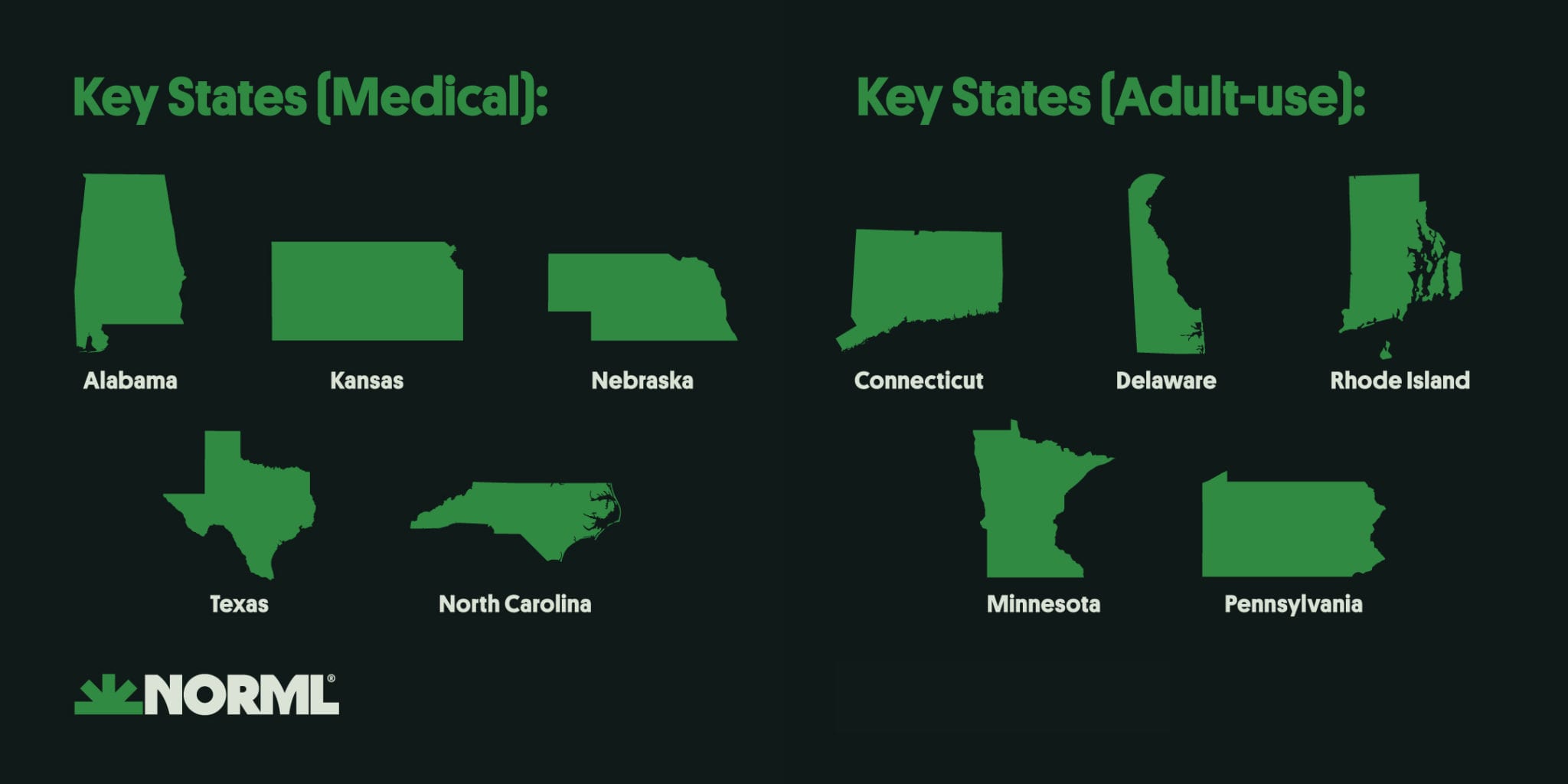 NORML wants the public to urge local state lawmakers to get adult-use bills past the finish line in Connecticut, Delaware, Rhode Island, Minnesota and Pennsylvania.

Lehigh Valley NORML in Pennsylvania is organizing cannabis consumers to join a march on Tuesday at the state’s legislature building in Harrisburg to demand legalization in the state.

For example, instead of saying, “We want to legalize weed nationwide,” the organization advises advocates to write, “We want to repeal federal cannabis prohibition, thus allowing states to set their own cannabis policies.”

The term “black market” should also be replaced with “illicit market,” and instead of focusing on how cannabis tax revenues could fix budget deficits, NORML says revenues from legal sales should be used to undo the harm that marginalized communities have suffered under the war on drugs. 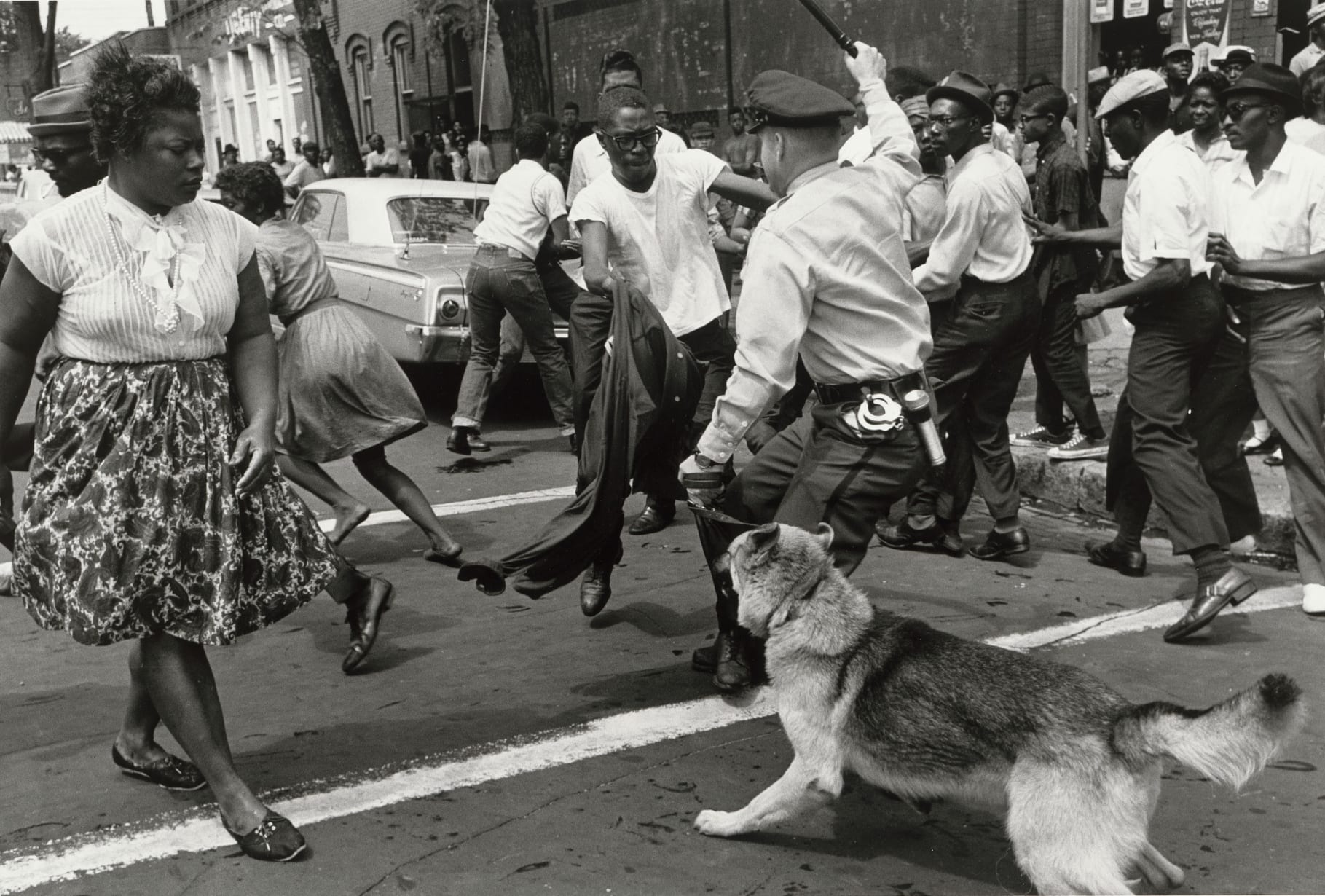 The organization notes that 2021 has already been a big year for U.S. cannabis reform with New Jersey, New York, New Mexico and Virginia all passing adult-use bills in the last four months.

Now that 40 per cent of Americans are living in 18 states where possessing weed is legal, NORML says its time for advocates to push federal lawmakers declassify cannabis as a Schedule 1 illicit substance.

Two polls released last week — one from the Pew Research Center and one from Quinnipiac University — show record-breaking support for medical and adult-use cannabis reform in the U.S.

The Pew poll showed an overwhelming majority of Americans, more than 90 per cent, now support legalizing cannabis for either medical or recreational use.

The Quinnipiac poll found that 70 per cent of Americans support the federal government legalizing adult-use cannabis.

Despite growing support for reform, over 550,000 Americans are still arrested every year for weed-related violations. Over 90 per cent of arrests are for possession only, according to the U.S. Federal Bureau of Investigation. 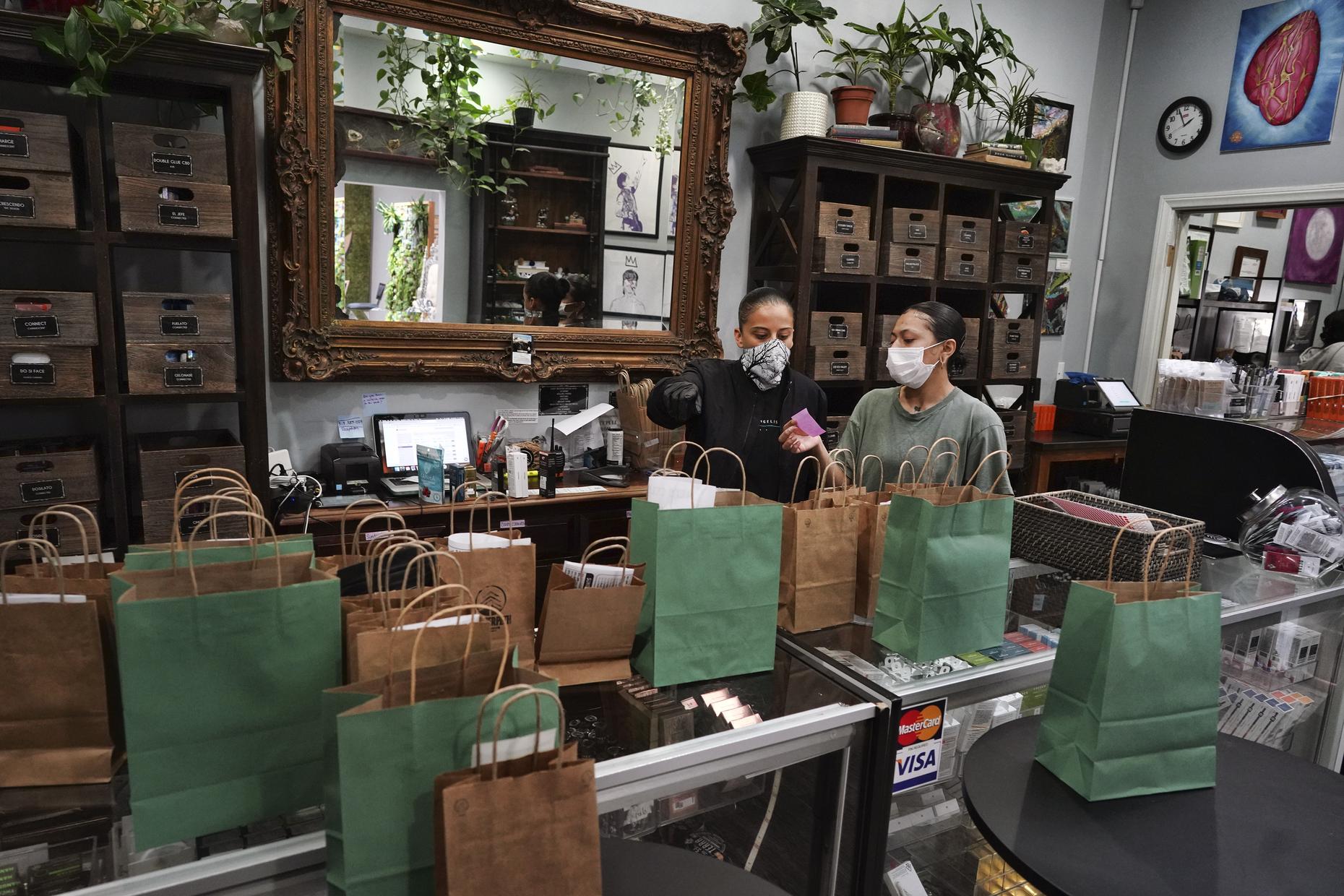 Last 4/20, the ACLU released a report that showed Black Americans are almost four times more likely to be arrested for cannabis-related crimes than white Americans.

Legalization should be used as a tool to correct these historical social injustices, NORML says, by ensuring economically disadvantaged communities benefit from the new legal market.

Legalizing weed nationally would also disrupt the illicit market and create thousands of new jobs. A recent Leafly report shows that the U.S. cannabis industry employs over 321,000 full-time workers — more than four times the number of jobs in the coal industry.