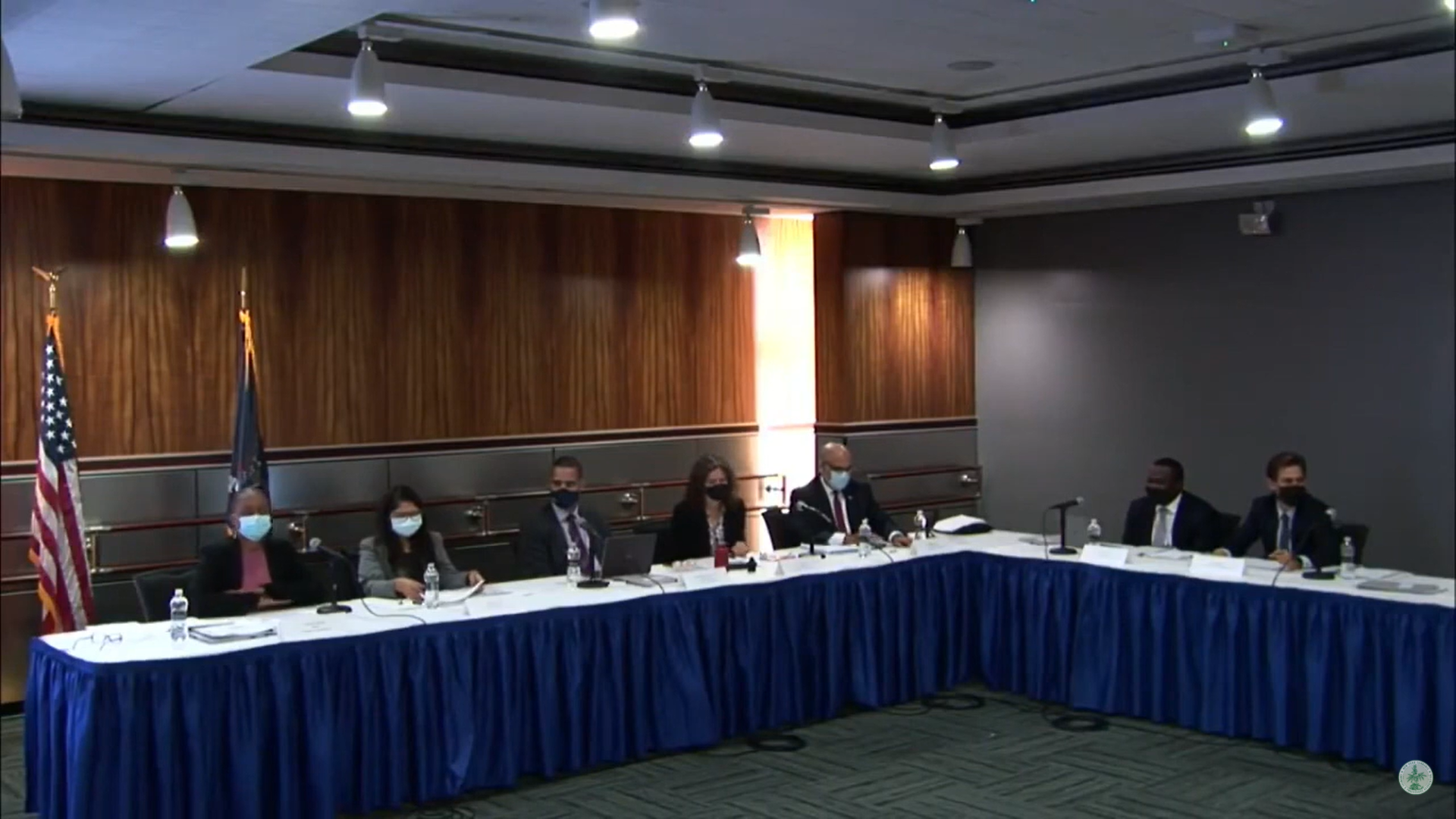 After being appointed in September after months of delay, the state's anticipated cannabis control board met for the first time Tuesday. Screenshot via YouTube

In its first meeting Tuesday, New York’s cannabis control board (CCB) made sweeping changes to the state’s cannabis regulations to expand its medical access program.

Seeming to make up for lost time, the recently formed group announced several new rules effective immediately, which include opening access to cannabis flower instead of extract-only products.

Listed off by board chair and former assemblywoman Tremaine Wright, other enhancements to the program include allowing any practitioner licensed to prescribe controlled substances to also certify cannabis patients.

Patients will now be able to access a 60-day supply, up from a 30-day amount previously, and a US$50-dollar registration fee is permanently waived.

Wright said approvals for facilities like hospitals, residential facilities and schools to become designated caregiver sites are being streamlined to increase access to medical marijuana.

Although New York’s Marijuana Regulation and Taxation Act (MRTA) was signed into law March 31, the CCB wasn’t appointed until Sept. 22. As a result, many of the legislative items are months delayed, but remarks and actions by board members on Tuesday indicated they’re putting plans into action as quickly as possible.

One of the items set out by the MTRA was a six-month timeline for the CCB to issue regulations on home cultivation for medical purposes. Wright noted that due to the delay in appointing the board, they have missed that deadline.

She said the board is very committed to making a draft for public comment, which should be expected in an upcoming meeting.

In contrast to the board members not focusing on economic items, industry watchers noted how multi-state cannabis firms like Curaleaf Holdings, Inc. (CSE: CURA) (OTCQX: CURLF) are immediately set to make gains off the new rules.

Regarding an adult-use market, the immediate priority of the group is to set up the office for cannabis management (OCM), which will regulate that industry.

In his report presented to the board, executive director Chris Alexander said another key task is establishing the state’s social equity program with priority licensing, processing and technical assistance.

Alexander continued by updating the state of affairs for medical, stating as of Sept. 20 there are over 151,000 certified cannabis patients and 3,400 registered practitioners.

Along with the medical file, the hemp sector will also transition to the cannabis office. Alexander noted that 2,700 hemp licences were received (384 distributor, 34 manufacture, 36 processors, 2,275 retailer) with further expansion in coming months.

The board ended the meeting with motions to move on staffing the OCM, and appointed its first chief equity officer Jason Starr.

A framework for legalization grounded in social equity, restorative justice and sustainability “really sets New York’s law apart from the other states that have legalized adult-use marijuana,” said board member Jen Metzger