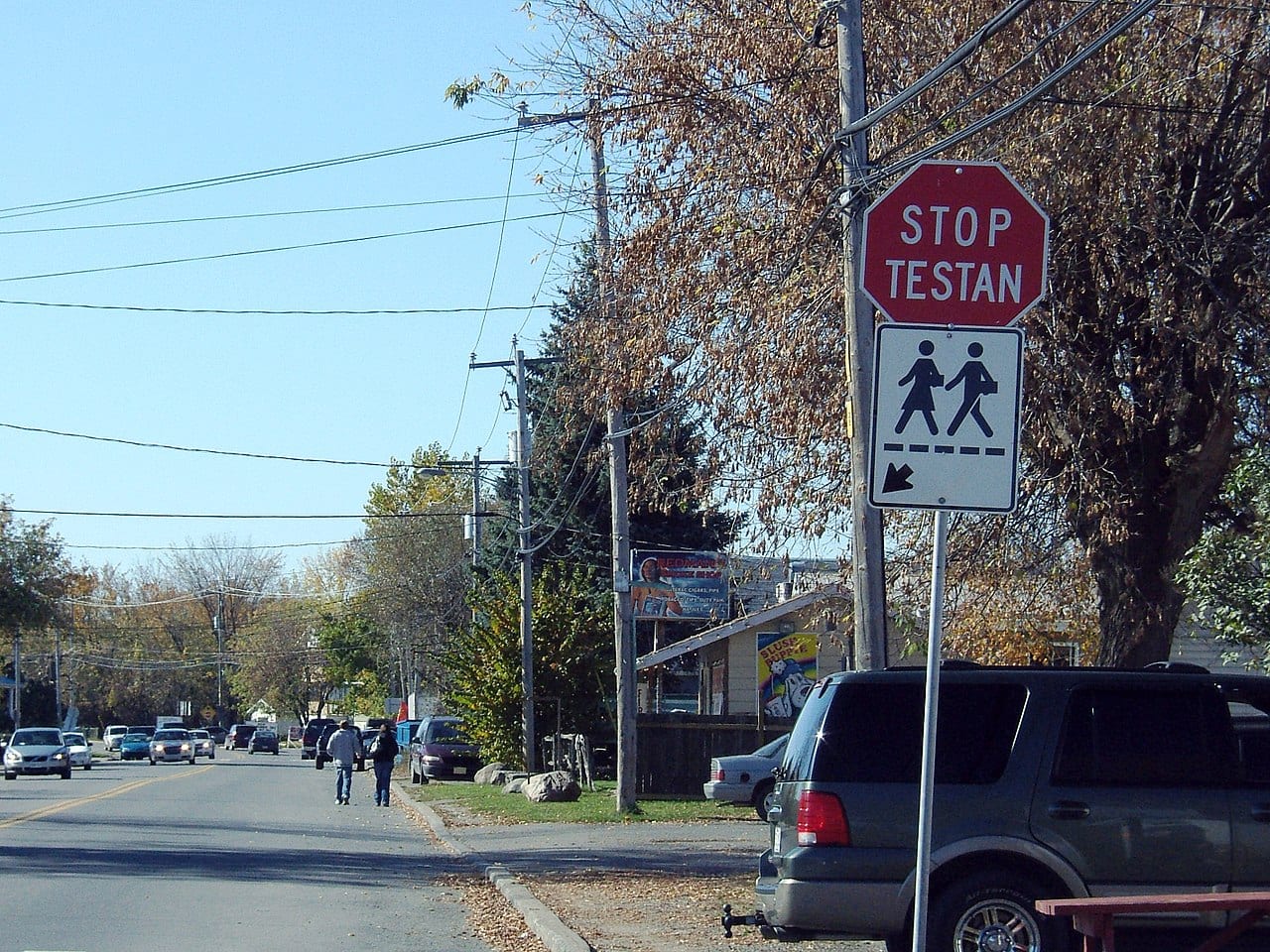 The Kahnawà:ke First Nation reserve is located on the south shore of the St. Lawrence River, opposite Montreal. Photo by Peter Van den Bossche via Wikimedia Commons

Leadership of the Mohawks of Kahnawà:ke have signed a memorandum of understanding (MOU) with Health Canada, the first such agreement to outline a formal relationship between federal and First Nations law on cannabis.

In a statement Sunday, The Mohawk Council of Kahnawà:ke said it had signed the agreement in relation to the cannabis industry on its territory.

As Indigenous communities within Canada’s borders look to create wealth from the cannabis industry while maintaining local governance over operations, the memorandum could serve as a template for other First Nations.

“This MOU is an important step in the ongoing work to create a safe, well-regulated industry within the territory,” says Ietsénhaienhs Tonya Perron, who has been the lead on the cannabis file.

A memorandum of understanding is a non-legally binding agreement that expresses a convergence of will between parties.

“The MOU encapsulates the harmonization of the dual licensing system in Kahnawà:ke, which requires the issuance of a licence from both the KCCB and Health Canada in order to cultivate and/or process cannabis legally within the territory.”

According to the statement, the MOU provides for:

The Kahnawà:ke First Nation is located on the south shore of the St. Lawrence River opposite Montreal, Quebec, and has a population of around 10,000 people.

Since the outset of cannabis legalization in Canada, the Mohawks of Kahnawà:ke have been working on establishing a regulatory framework for a local industry. It’s been in talks with mega-producer Canopy Growth Corp. (TSX: WEED) (Nasdaq: CGC) regarding investment and supply deals. The Mohawk Council published feedback on its proposed regulations in January.

The Kahnawà:ke Cannabis Control Law was enacted on December 18, 2018, and is described as “a means to protect the health and safety of the community, to protect the youth by restricting access to cannabis and cannabis products, and to deter the cultivation, production and sale of illicit products within the territory.”

Mugglehead is reaching out to Kahnawà:ke and Health Canada for more information.