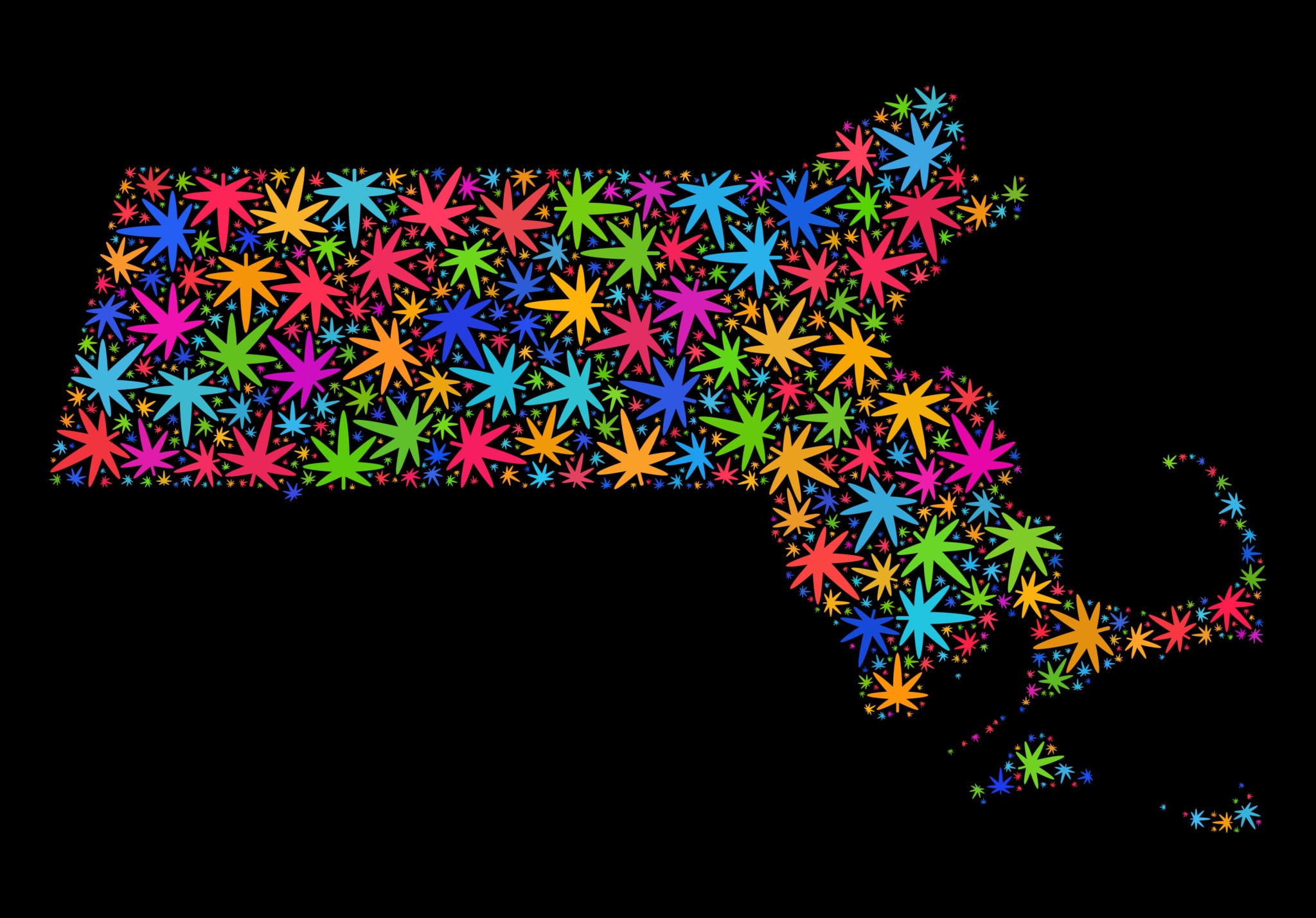 Massachusetts opened its doors to recreational marijuana back in November and we learned this week that it has now reached more than $100 million in sales according to the Cannabis Control Commission. Over the course of six months, that averages out to around $17 million in sales. However, April alone saw sales reach more than $29 million. As of the end of April, there are 15 stores that are open in the State that are selling recreational cannabis.

Although 4/20 definitely helped give the month a boost, it was actually 4/19 that had the strongest sales day of the month. There’s definitely a pattern noticeable as Friday and Saturday look to be the busier days of the week. 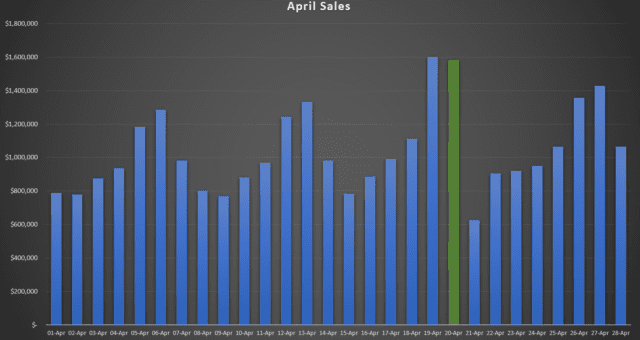 Below is a breakdown of the different types of product categories: 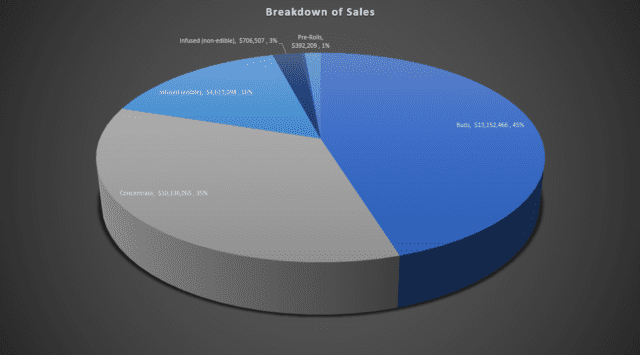 Buds and concentrates accounted for the vast majority (80%) of sales in April. Infused edibles made up just under 16% of the total sales for the month and were the only other category to make up a significant chunk of the pie. The results are still early on and the percentages could very well change over time as more users come over from the black markets. I’d also expect edibles to climb as well given their popularity in other States and the potential for beverages to give the industry a big boost.

It’s important to note that while the results might be encouraging thus far, they are likely to change as other nearby States look to legalize marijuana. Both New York and New Jersey have marijuana on their radars and Massachusetts is likely benefitting from a lot of pot tourists that can’t get access to recreational pot in their home States, not unlike how they propped up the Colorado market when it was the only game in town.

With only 10 States having legalized cannabis thus far, sales are going to funnel to those areas in the near term. And that might give some States added incentive to legalize marijuana sooner rather than later to take advantage of that while they can.

STATES Act could change the industry

As well as the industry has been doing in Massachusetts, things could get even better if the STATES Act gets passed into law. Since it would effectively make it legal for cannabis companies to operate in State where cannabis is legal, it could attract a lot more firms to setup shop and might even pave the way for Canopy Growth Corp and other big Canadian producers to enter the U.S. market as well.

In order for the industry to successfully eliminate the black market, prices need to be competitive and to do that there needs to be ample supply. And currently, there’s a lot of disparity, with the oversupply in Oregon being a great example of how inefficiencies in the industry have created significant problems. 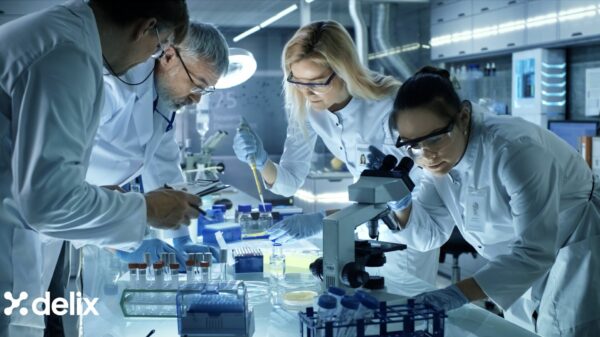 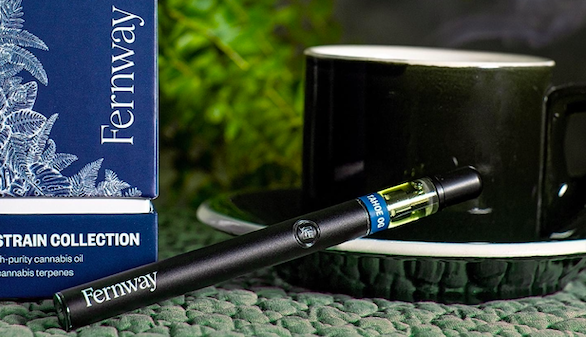 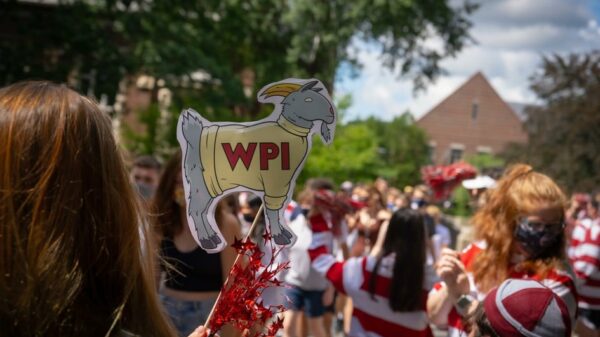