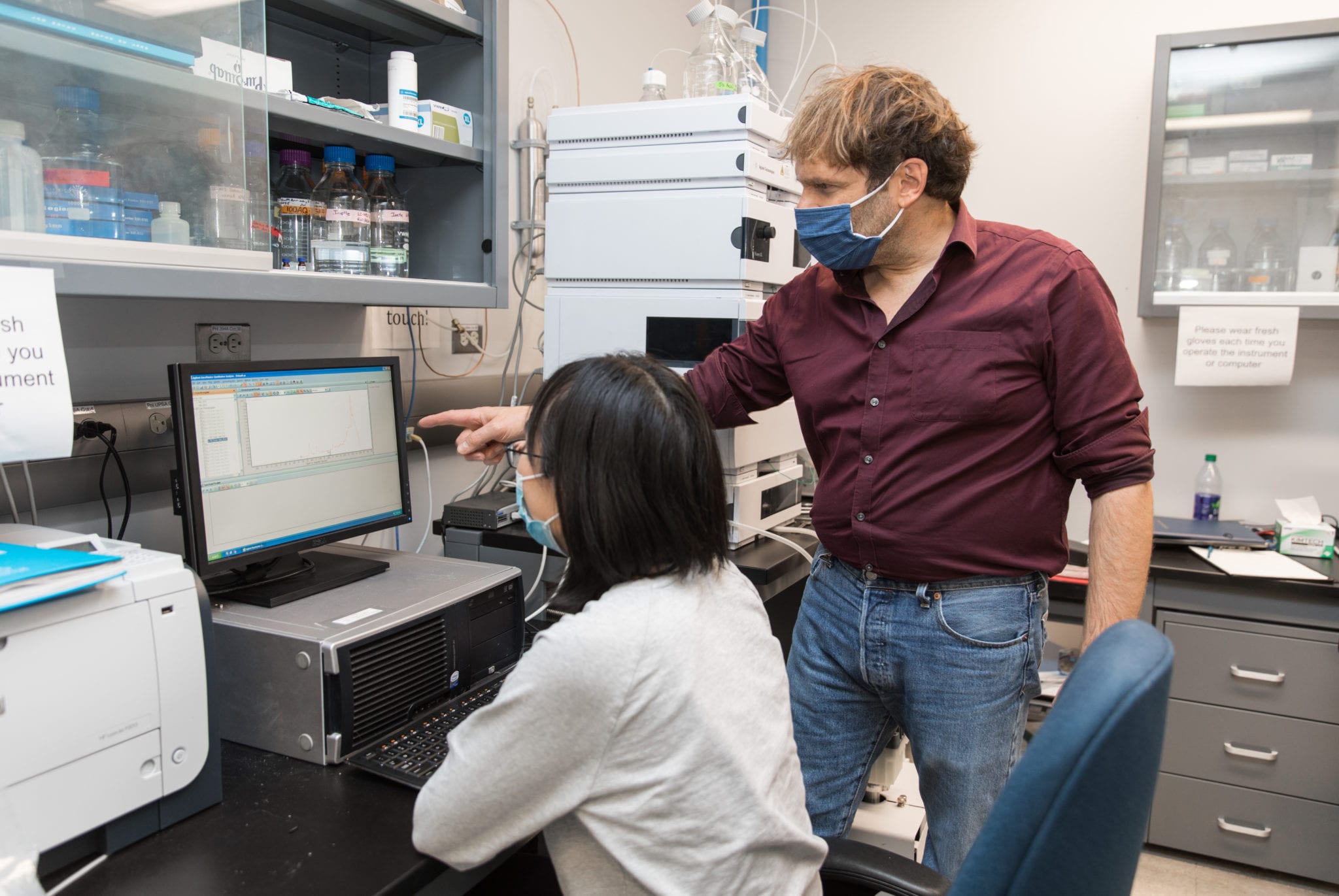 Last month, the Alberta-based company joined forces with University of Calgary researchers to help create its “Psybrary” of patentable molecular compositions. The team of scientists aims to manufacture hundreds of thousands of novel derivatives, based on the backbone structure of various psychedelic molecules, starting with psilocybin.

While natural molecules like psilocybin can’t be patented, a key differentiator for MagicMed is the ability to create compositions that can.

The research contract gives the firm access to U of C’s cutting edge facilities and millions of dollars worth of equipment. It will use them to develop new medicines with drug companies for anxiety, depression, and many other brain and mental health conditions.

While recent studies on psilocybin — the main psychoactive ingredient in magic mushrooms — have shown promise for treating conditions like depression, it can also trigger panic attacks and isn’t always effective on some subjects. By modifying the natural compound, MagicMed aims to maximize the substance’s healing properties while reducing negative effects.

The opportunity could be a game changer for the emerging psychedelic industry, says Peter Facchini, chief scientific officer at MagicMed.

“It’s valuable not only for the company, but I think it’s valuable for ultimately the development of this space because it means that a bigger partner from the pharmaceutical industry has something to grab on to,” he said in a phone interview.

With 25 years of research experience in natural medicine as a biochemistry professor at U of C, Facchini’s goal has always been to help people and society. His team has been developing a non-addictive, painkilling opiate medication after years of research. And he’s helped launch Willow Biosciences Inc. (TSX: WLLW), a company that makes cannabinoids from baker’s yeast.

Now the professor wants to leverage his world-class team of bioscientists and synthetic chemists to develop precision medicines for the human mind from a suite of new derivatives. Following psilocybin, they’ll branch out to other psychedelic molecules including MDMA, ketamine, ibogaine, mescaline, and ayahuasca.

Because the substances have been illegal in Canada and most countries for decades, prohibition has restricted patient access and stifled research opportunities.

But the field has entered a renaissance in recent years. The next stage will be getting big drug corporations onboard to advance clinical trials and commercialize treatments for major distribution.

“You basically need these medicines to become something that are being produced and supported by the pharmaceutical industry, as opposed to just pills with ground up mushrooms,” Facchini says.

MagicMed has been progressing steadily so far, making about 50 psilocybin derivatives a week. And by being the only company to apply both synthetic biology and chemistry tech, Facchini says production will accelerate and multiply in the short term. MagicMed has already filed for 10 patents that will cover thousands of novel psilocybin molecules.

The company expects to complete the library of all psychedelic derivatives in one year. Then the hundreds of thousands of molecules will be screened for their efficacy through normal channels of drug discovery.

“You’re panning for gold,” Facchini says. “So, you’re going to go through a lot of rock until you find your big nuggets.”

After non-clinical experiments filter out a shortlist of potential treatments, his team will begin animal testing. And during that stage, big pharma partners will be sought for funding the expensive, longer clinical trials. 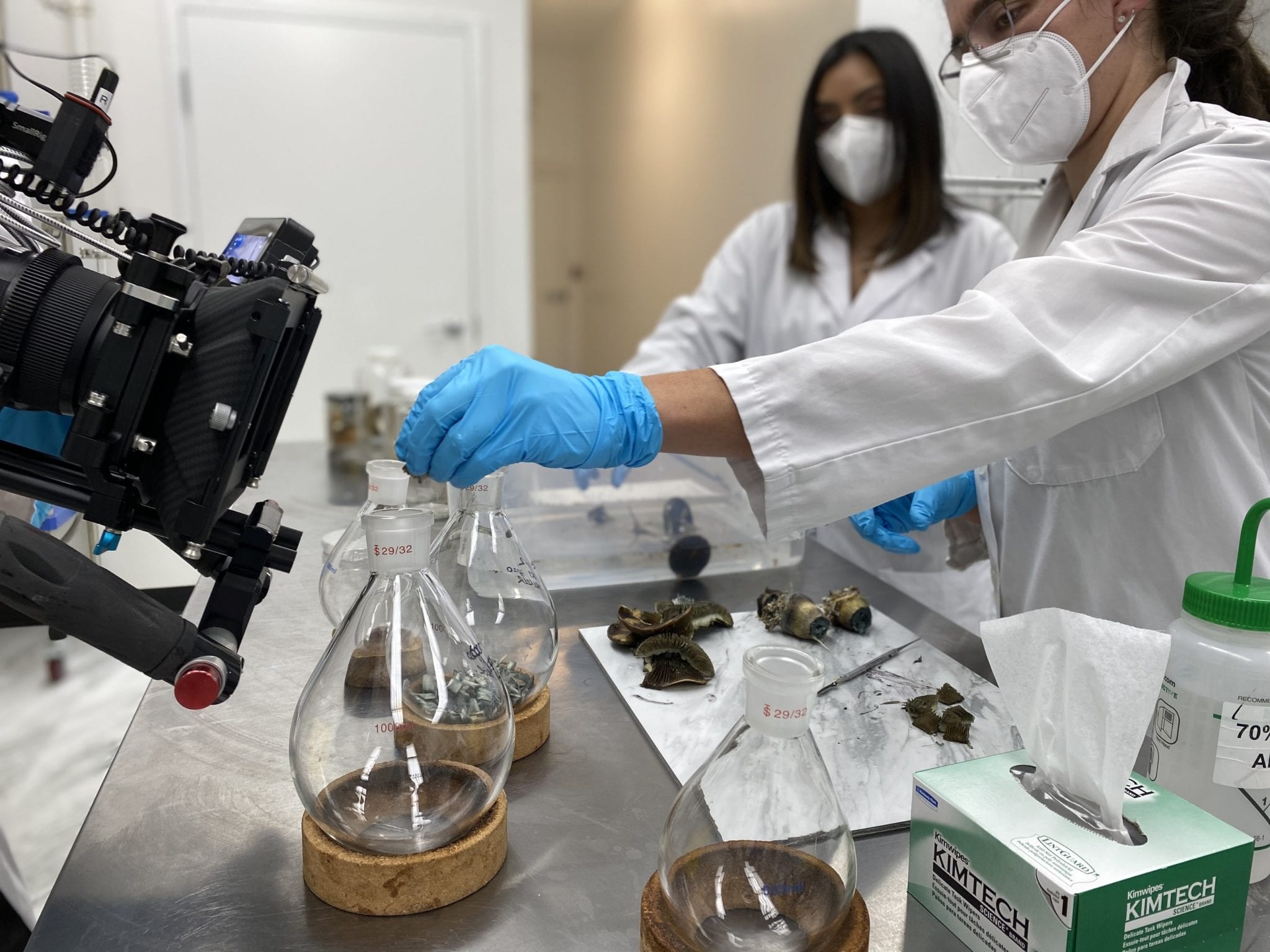 Numinus Bioscience prepares of harvested mushrooms for freeze drying as the first step to mycochemical discovery and development of standardized testing. Press photo

Realistically, it will take multiple years before the first successful human trials are completed, according to Facchini.

The goal is to discover the precise sweet spots for treating the different conditions that harm each person’s complex mind. It’s something that remains much of a guessing game for psychiatrists today.

“Same idea as imagining if there was only one antibiotic that someone who sees a doctor because of an infection,” he explains. “So a doctor has a range of options, and they are going to select the best option with respect to the symptoms that are presented to them.”

While rigorous science takes its time, Facchini wants to get these new treatments out as soon as possible.

More than 300 million people battle depression around the world, according to 2015 statistics published by the World Health Organization.

And with pandemic-related stress taking its toll, the U.S. Department of Health and Human Services says mental health conditions are on the rise with around two-in-five Americans reporting at least one least one condition this summer.

Psilocybin therapy for depression alone could save America US$148 billion in annual costs, according to a recent report by Prohibition Partners.

Investors should be wary of ‘shroom boom’: Facchini

In Canada, Facchini says he’s pleased how regulators are supportive and opening up access for psychedelic research and treatments.

“This is a brave new world of new technologies that are taking the existing 60-year-old Controlled Substances Act and making it obsolete.”

Facchini says he’s at the forefront with the federal regulator in establishing new research licences for the banned substances, which have now been bundled together to include psychedelics.

On the business side, access to U of C’s world class researchers and facilities, as well as its unique Health Canada licences, increases MagicMed’s value.

The company launched a share offering earlier this month with the goal of raising $2.5 million by Monday to fund development of the Psybrary. 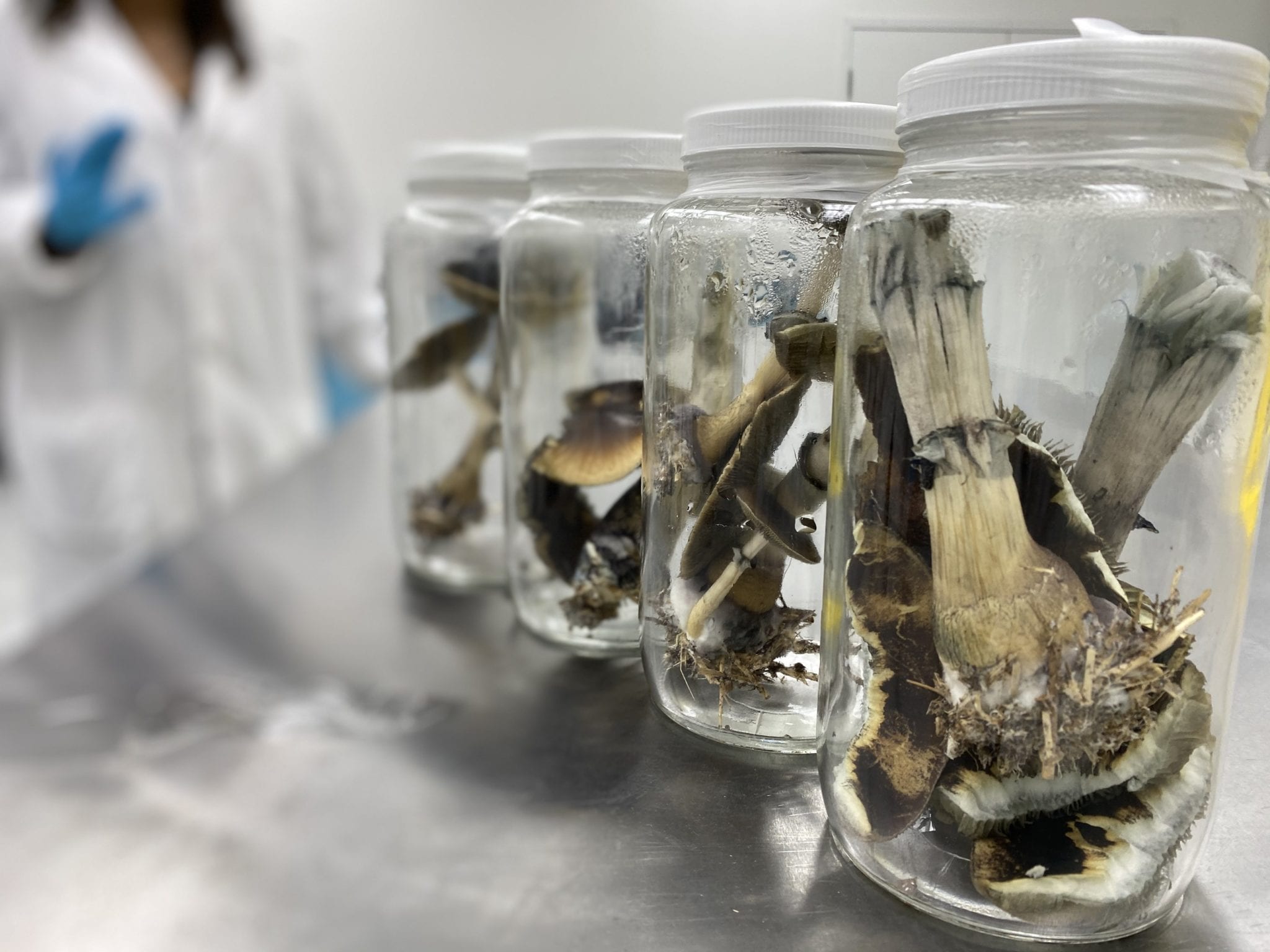 The first Psilocybe cubensis harvest for Numinus Bioscience, one of 23 psychedelic companies that have gone public this year. Press photo

Despite a spate of 20 psychedelic companies going public in the so-called “shroom-boom” of 2020, Fachinni warns that most likely won’t be around in a few years.

Just like in the cannabis space, he says psych firms are trying to cash in on the hype in similar pump-and-dump schemes.

Investors new to the space should use that lesson and look for firms that are building strong business fundamentals and credible science platforms by qualified researchers.

“I’m concerned about the hype, and there’s a lot of hype,” Fachinni says. “A lot of what’s being promised is not going to materialize. And I find that annoying, because if you want to benefit people, in some way for real, you’ve got to deliver.”