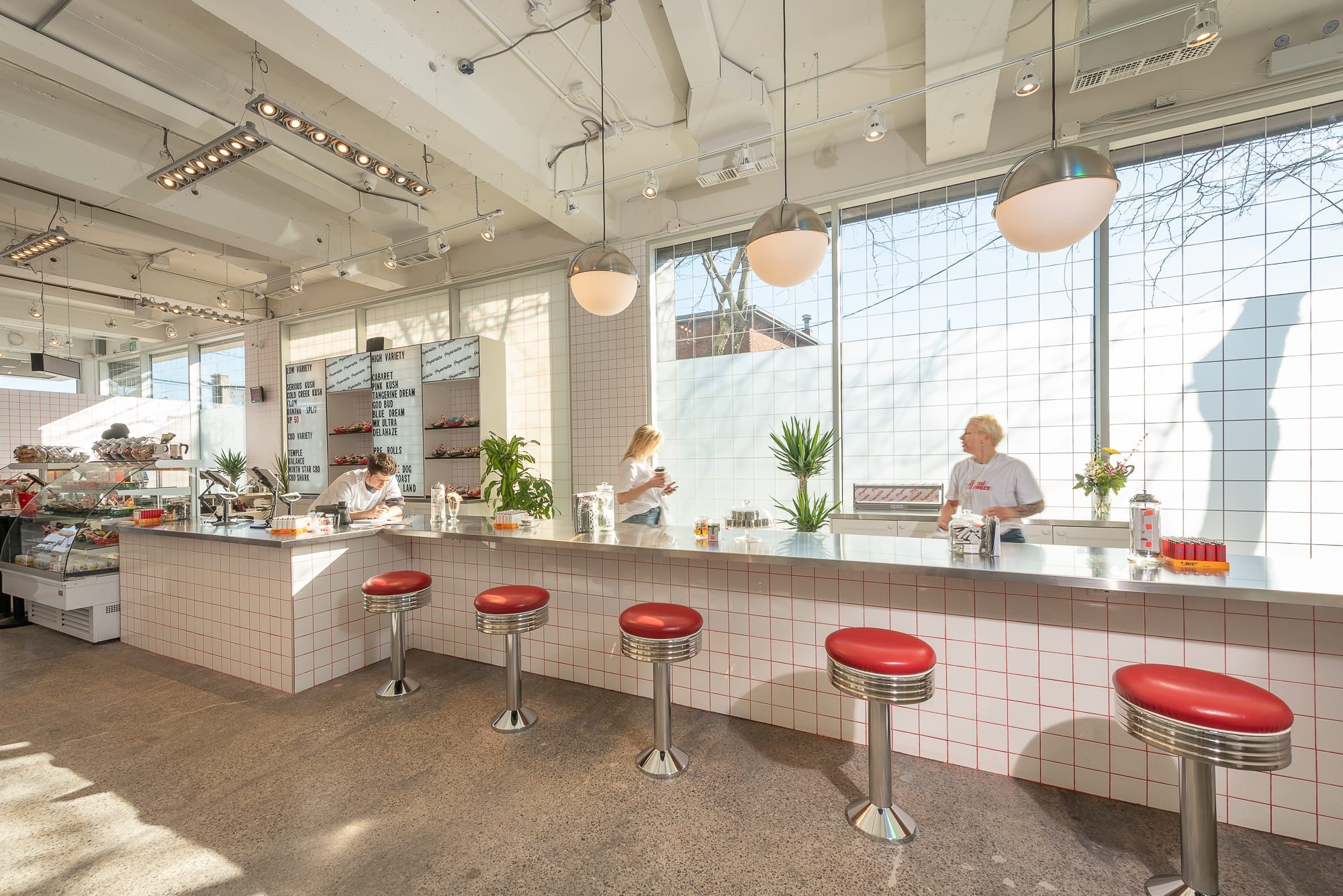 For the first time, monthly retail sales of licit Canadian cannabis have shot above $200 million — according to Statistics Canada, which also just started including weed in its wholesale merchant sales data.

All reporting provinces and territories experienced growth over the month, with Ontario pulling into the lead again with $48.9 million in sales — an 18.1 per cent monthly increase — after falling behind Alberta in April and May. 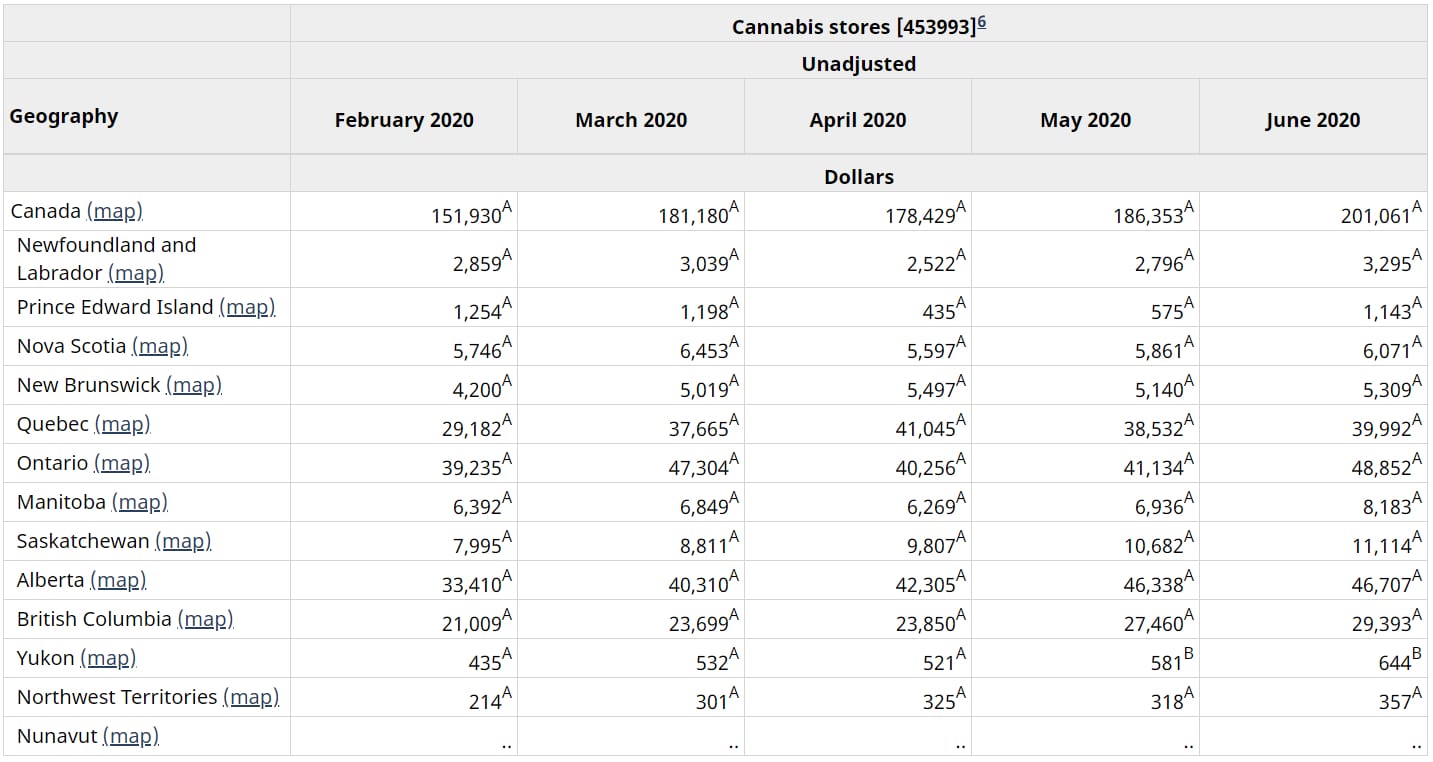 Alberta, with its massive private retail footprint of 514 stores, brought in $46.7 million in June — a 0.8 per cent monthly increase.

Sales in British Columbia increased 7 per cent to $29.4 million. Mugglehead has confirmed with retailers in B.C. and Ontario that sales are improving as the economy re-opens.

Wholesale cannabis sales hit a record high as well at $96 million in June — a 106.5 per cent year-over-year increase — a figure that StatsCan premiered Wednesday. 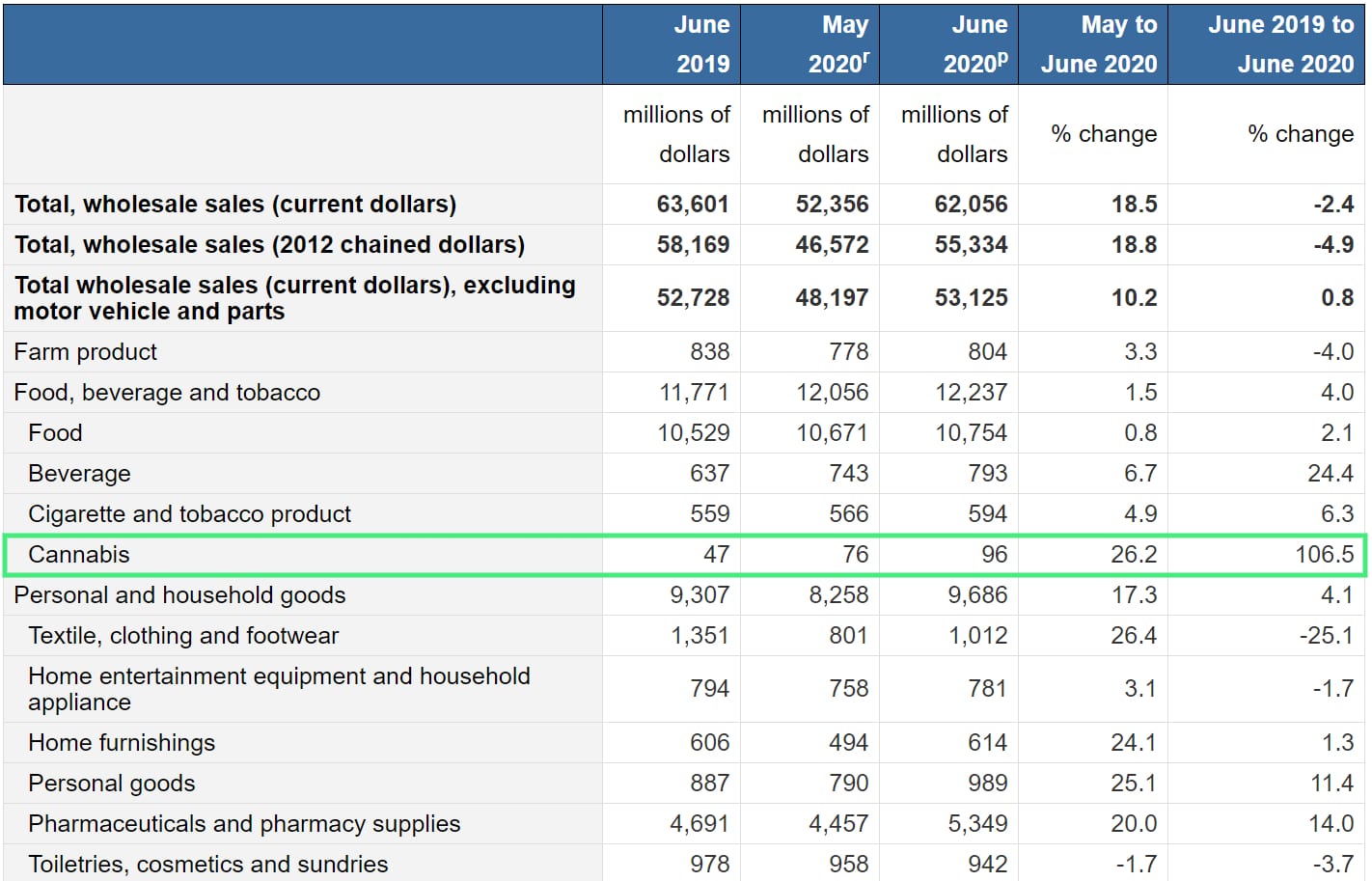 “Starting with the June reference month, the Monthly Wholesale Trade Survey is publishing data on cannabis,” the federal agency said in its most recent update. “The data series goes back to October 2018 when cannabis was legalized in Canada. Cannabis sales in Canada in June were $96 million, up 26.2 [per cent] from May.”

Wholesale cannabis inventories were a reported $183 million, a monthly increase of 2.8 per cent.

Overall wholesale continued to rebound from the pandemic downturn, jumping 18.5 per cent to $62.1 billion in June, building on a 5.8 per cent gain in May. The increase in June returned wholesale sales to near pre-pandemic levels, StatsCan says.

In dollar terms, the motor vehicle and related subsectors led the growth. Excluding this subsector, wholesale sales increased 10.2 per cent.

“Wholesale sales rose by $9.7 billion as large parts of the economy reopened. Sales in June were $2.5 billion below February’s pre-Covid-19 levels, an improvement from May when sales were $12.2 billion below February,” StatsCan says. “The wholesale sector recorded its highest-ever sales level in February 2020, before the pandemic generated a $15.1 billion drop in monthly output over the course of two months.”

Since then, more than 80 per cent of the drop in monthly sales caused by Covid-19 has been recouped. June sales were only 3.9 per cent below February’s record high.