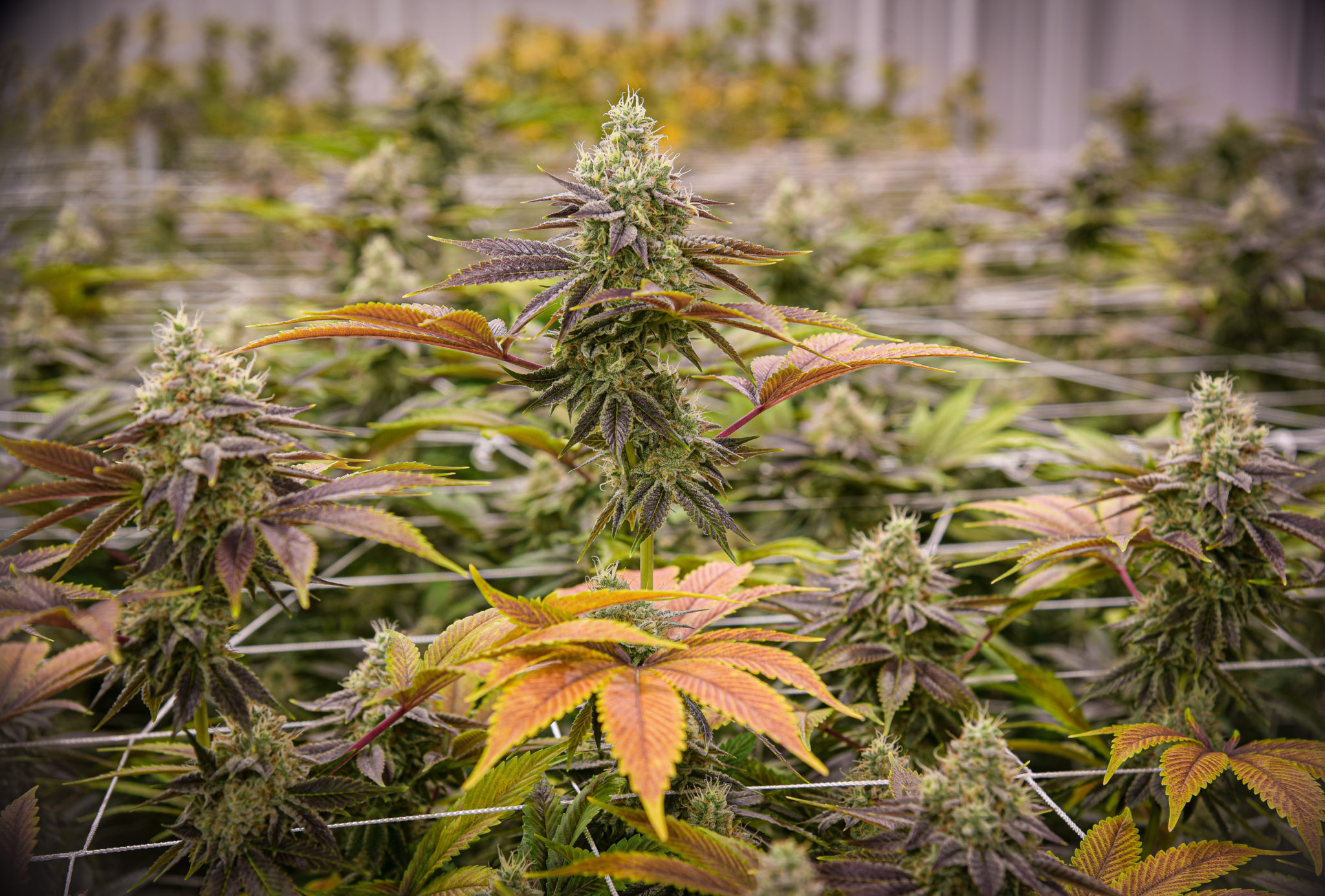 A “huge chunk” of Canada’s 383 licensed cannabis companies will face bankruptcy this year, as many now divest their assets and go down to a skeleton crews to survive frozen capital markets during the global pandemic.

It’s been well-documented that Canada’s legal weed industry hasn’t lived up to expectations since its Oct. 17, 2018 inception.

Years of reckless spending, along with slower-than-expected growth, excess supply and a still-thriving illicit market, left many companies with depleted stock prices and almost no access to capital — even prior to the COVID-19 crisis.

“In most cases, they had used up all their options last year and they were hoping to see a pickup in the capital markets this year as their life vest, so to speak,” Salz said. “And that obviously didn’t happen as COVID set in.” 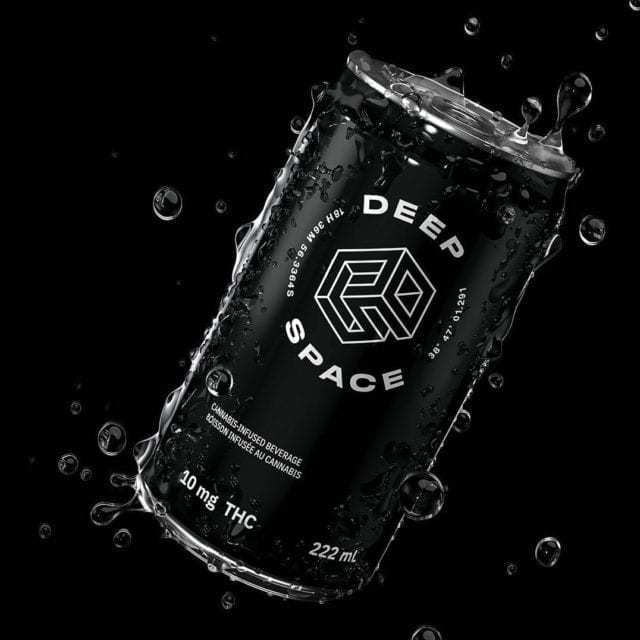 While weed giant Canopy Growth intended to have 13 cannabis beverages on the Canadian market by now, it’s releasing its third and fourth option in the coming weeks after delays. Press photo

While the industry was hoping to gain tailwinds from cannabis 2.0 and a broader Ontario retail rollout in 2020, the pandemic has also slowed momentum on both fronts.

For Salz the setbacks mean most Canadian weed businesses are still far away from becoming cash flow positive and able to sustain themselves from their own operations opposed to relying on raising capital.

He says small and medium companies are more at risk because startup dollars have dried up, and even the more mature operators are being forced to get creative to raise cash.

“A lot of these companies are doing what’s called an at the market program, which is basically when a company will raise money through selling their own shares into the market every day over a certain period of time,” he said.

Salz said this method of raising capital isn’t conventional and less desirable because it dilutes the value of a company’s stock for its shareholders.

Institutional investors have mostly left the space along with their $5 million — $15 million type investments they would make back in the heyday for pot stocks, Salz said. 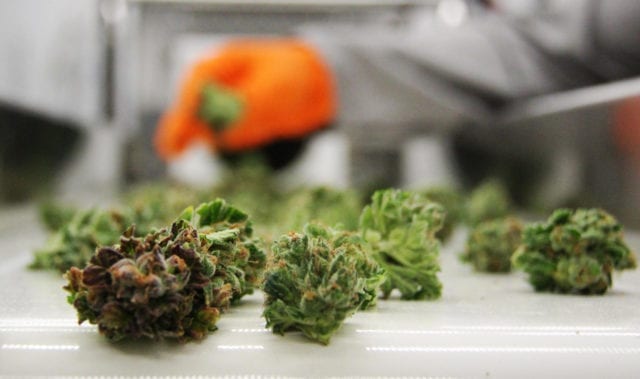 The capital market deep freeze has led to predictions of at least a dozen weed companies going under this year. That’s on top of at least seven companies in Canada that have filed for creditor protection this year, including CannTrust (TSX: TRST) and James E. Wagner Cultivation (TSX-V: JWCA).

“I’m sure it will be way more than 12 more cannabis bankruptcies this year,” Salz said. “I think it’ll be significantly more than that. I think a huge chunk of the small to medium sized licensed producers are at risk of not making it through the year.”

Several journalists and analysts have tried to predict which publicly-traded operators will fall next by looking at key financial metrics in their earnings reports.

Ello Capital almost nailed the date when Green Growth Brands (CSE: GGB) would run out of money and default on its vendors. They said it had 0.9 months left in February and the pot firm said its mall-based CBD store chain empire went insolvent on April 6.

The Ohio-based company could not access bankruptcy protection in the U.S. because its cannabis operations are not federally permitted there.

While the industry is likely to see bankruptcies climb, more companies are now faced with being de-listed on the various stock markets they trade on.

This week, Quebec-based Hexo Corp. (TSX: HEXO) said it received notice from the New York Stock Exchange that its stock no longer complied with its listing standards.

Richard Carleton, CEO of the Canadian Securities Exchange, said his team is constantly speaking with cannabis companies that are facing financial issues with their plans on obtaining additional working capital.

The CSE, an exchange that focuses on working with entrepreneurs to access public capital markets, currently has 578 listings, 178 of which are companies that directly deal with cannabis or service weed firms.

“Our approach with some of these companies having issues with paying their auditors, paying the securities commission for the filing fees or whatever, they need to be open with us in terms of what the plans are to obtain the necessary capital in order to pay the fees that otherwise will continue on as a going concern,” Carleton said.

Of the 178 cannabis listings, beleaguered producer RavenQuest BioMed (CSE: RQB) has had its listing suspended, while two smaller firms have been de-listed since early March when the pandemic took hold. Another tech company that services the legal weed space, Braingrid, is listed as inactive.

In terms of the CSE or the securities commissions deferring fees, Carleton said it doesn’t really help a company because it’s a liability. So from an accounting perspective, it’s not going to make the company any more or less solvent.

But Carleton says cannabis pantry loading in the era of social distancing in the U.S. and Canada might help companies pad their bottom line while weed is being deemed ‘essential’ across the continent.

Akerna is a regulatory compliance technology company in the cannabis industry and the data firm reported this week sales increased in Q1 2020 by 20 per cent or more over Q4 2019.

But they also noted people may be buying more at one time, and then less in subsequent weeks. 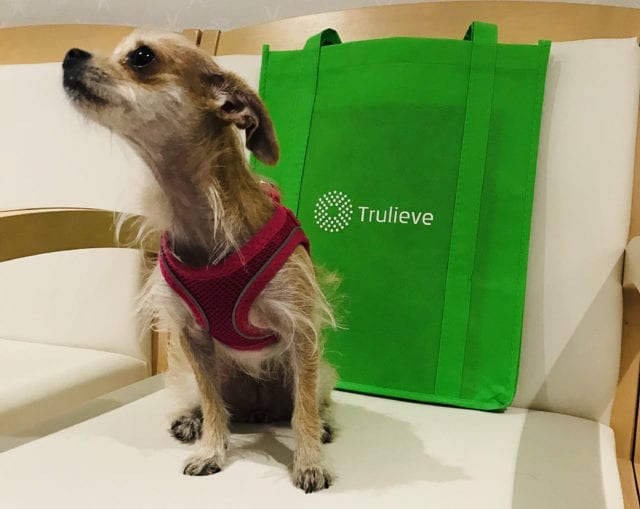 Florida-based Trulieve is one of several large multi-state cannabis operators from the U.S. listed on the Canadian Securities Exchange with a market capitalization north of $1 billion. Press photo

Diverse industry will have a diversity of outcomes

Will COVID-19 accelerate the pace of failure of cannabis companies?

“It’s a reasonable question to ask, but my crystal ball cracked about eight weeks ago,” Carleton said with a laugh.

The CEO said his exchanges’ cohort of companies in the cannabis space is very diverse so it’s more of a case-by-case basis where they will all land by the end of 2020.

Because cannabis is federally illegal in the U.S., larger exchanges in Toronto and New York do not take on the risk of listing American cannabis companies.

Carleton said the U.S. multi-state cannabis operators — such as Green Thumb Industries (CSE: GTII), Trulieve (CSE: TRUL) and Curaleaf (CSE: CURA) — have shined in terms of investor support and from an earnings perspective.

But he noted that Nevada-based Planet 13 (CSE: PLTH), which claims to operate the world’s largest weed store on the Las Vegas Strip, has been hurt by the pandemic because of a collapse in tourism.

As for Canadian-based licensed producers on the CSE, many are smaller companies that have recorded little or even no revenue to date, Carleton said.

Even before the pandemic, if you looked at some of the companies’ earnings reports, it was already clear they weren’t able to execute a plan to get to profitability or decrease the cash requirements quickly enough and with sufficient capital in hand, he said.

Making matters worse, on both sides of the border many cannabis operators have dramatically burned through capital by investing in real estate assets and grow facilities.

“So those those companies, and we know who they are, were going to have issues because it was abundantly clear that the window in terms of the markets has closed for them for equity financing and they had to go further and further afield into sale leaseback arrangements and other debt-type financing,” Carleton said.

Carleton and the CSE applaud how Canada has provided some measures of federal relief to the weed industry.

In the U.S., however, the legal issues have meant no bailouts so far for state-legal marijuana businesses.

On May 15, the U.S. House approved a coronavirus relief package that includes a measure to protect banks that service the weed industry from being penalized by the federal government. 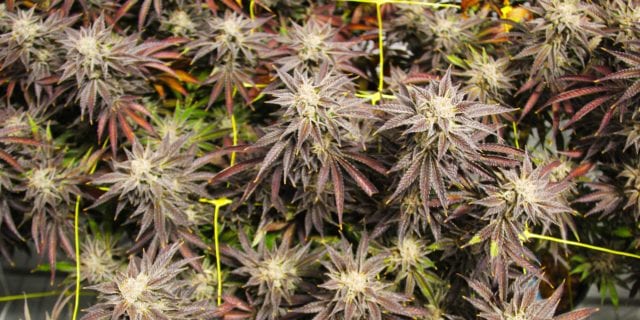 Some project Canada’s legal weed market will eventually be worth up to $8 billion. Canopy Growth/press photo

Bulls will be back, but probably not this year

Despite the bleak outlook for a large swath of the industry, the CSE boss said there continues to be significant amount of investment activity and a decent number of interest from new cannabis companies applying to be listed, mainly from overseas and the U.S.

“We have a considerable number — not record levels but close to — applications for listing in the month of April,” Carleton said.

For Salz, there’s blue skies ahead but the shakeout and restructuring of the industry is already taking place and will likely continue for the remainder of the year.

He says the glory days for cannabis stocks are in the rearview mirror, and it will take time to rebuild trust and faith in the industry to attract both retail and institutional investors again. Trust, because you have situations like CannTrust where fraudulent things happened. And faith, because investors all expected that these companies would generate huge cash flows and they’re all doing a complete opposite.

“They’re all hemorrhaging cash flow, losing money faster than then then they can bring it in,” Salz said. “So we’re in this weird spot now, I think for the next year probably where companies in the space are going to be fighting to stay alive.”

Retail investors used to make the “chasing the shiniest object” mistake, but now anyone considering putting their money in cannabis should look at companies that have strong cash positions and are either profitable or have a very clear path to profitability.

“But I think it would be a mistake for a retail investor to try to catch the falling knife on some of these companies before it’s really clear what their direction is going to be.”

While America’s MSOs have stolen Canada’s legal weed thunder, Salz says the Great White North will have its day again, with a market eventually reaching $8 billion.

“I can see a Canadian renaissance in 2021 as we make it out of this year. I do think it’s gonna be a tough year, for sure,” Salz said. “But I definitely see brighter horizons for Canada.”