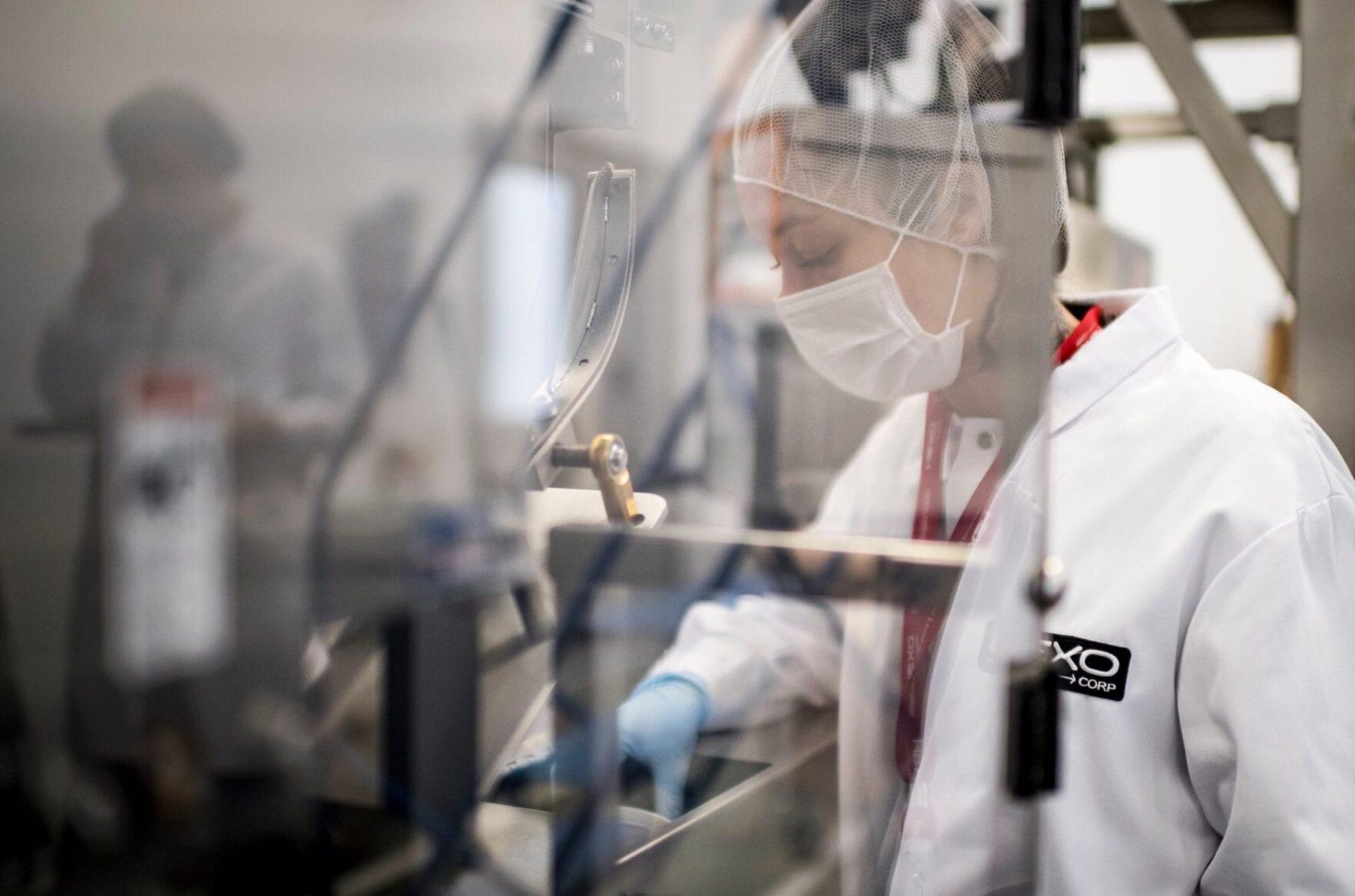 The Ottawa-based company reported on Thursday financial results for the third quarter ending April 30, booking a net loss of $19.5 million.

The company’s net loss improved drastically from $300 million in losses reported in the previous quarter that was mainly due to a massive writedown of its now-closed Newstrike facility.

Adjusted earnings before interest, taxes, depreciation, and amortization came in at a reported loss of $4.3 million, which improved from an $8.5 million adjusted EBITDA loss in Q2.

Hexo said it was closer to achieving positive cash flow in the third quarter because it was one of the first companies in the industry to focus on cutting costs in the latter half of 2019.

The producer reported that core operating expenses decreased almost 10 per cent to $25.7 million in Q3 from $28.1 million in Q2.

Shares of Hexo slipped another 5 per cent on the Toronto Stock Exchange to $1.28 Thursday after falling more than 90 per cent since April 2019 as the company has yet to report positive cash flow.

“Our plans to achieve adjusted EBITDA positive in the first half of fiscal 2021 or the end of the calendar year will depend on the growth of retail stores in our two largest markets, Ontario and Quebec,” he said.

“We need the governments to either continue to build the retail infrastructure or allow the private sector to provide the service the consumer demands.”

Currently, Ontario has given out 87 private retail store licences to serve its 14.5 million residents, and Quebec has opened 42 government-run stores to accommodate its 8.5 million people. Ontario says 413 applications are in queue and the province been issuing about five cannabis store licences per week since mid-May after the rollout was halted by COVID-19 in April.

St-Louis noted that Ontario demonstrated “tremendous potential” after reporting $385 million in cannabis sales in the province’s first full fiscal year of wholesaling, despite starting out with just 22 open stores for the first quarter. 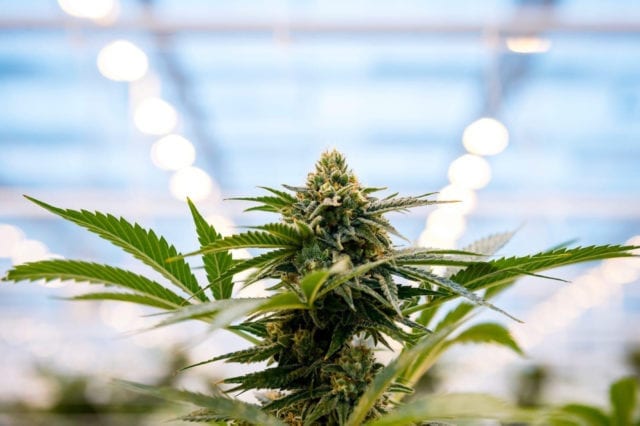 Hexo Corp. said it increased the yield in the fiscal third quarter at its cultivation centre in Masson-Angers, Quebec, about 30 minutes away from Ottawa, Ontario. Press photo

St-Louis said the company achieved 30 per cent market share in Quebec in the third quarter and moved into fourth place in national recreational cannabis sales.

“I’ve often stated our goal is to become a top two players in adult use market share in Canada. Hexo has moved quarter-over-quarter from a top five spot to now the top four spot nationally,” St-Louis said.

St-Louis said around half of all sales came from Original Stash, Hexo’s bulk product, that was introduced last October as a “black market killer.” The product sells for $4.49 a gram in Quebec.

“We led the way in creating the 28-gram package format and pricing it to compete directly with the illicit market. Our competitors have followed suit, but we’ve achieved strong market share with Original Stash,” he said.

Analyst Tamy Chen from BMO Capital Markets asked St-Louis if he believes Original Stash will remain competitive as 11 other producers have also followed suit launching their own value products.

St-Louis said Original Stash started a trend for lower-priced products, which has put a downward pressure on price in the entire legal market.

But St-Louis said Hexo is not in a rush for the race to the bottom to lower its prices further to match or compete with new players in the value segment. He said as Canada’s 300-plus licensed producers become efficient prices will naturally go down, but smaller players won’t be able to keep up in pricing the same way giants like Hexo can.

St-Louis added that consumers have also taken to Hexo’s focus on quality.

“The quality of Original Stash is just phenomenal,” he said. “The humidity control is bang-on, the THC percentages are amongst the highest in the country, and so it’s a very, very high quality product.”

A Hexo spokesperson told Mugglehead last week they’ve increased Original Stash to 14–20 per cent in THC content and will be launching a new product line called OS Reserve “very soon” that will have a THC potency of 20–27 per cent.

The company noted that even selling a lot of low-cost cannabis, gross margins on net revenues for Q3 improved 40 per cent compared to 33 per cent from the previous quarter. Hexo said the higher margins were a result in yield improvements at its cultivation centre.

Hexo also noted that it is the first LP to launch  a hash product nationally in the third quarter. The Dry Sift hash, sold under its Original Hash label, accounted for about 19 per cent Hexo’s sales in Q3, it said. 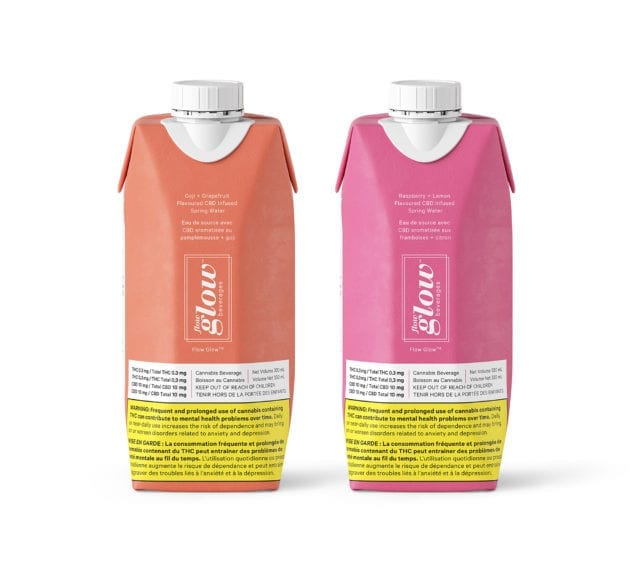 Truss Beverage Co. said its Flow Glow CBD-infused spring water would hit the Canadian recreational market by December 2019, but the beverage brand has yet to be launched more than six months later. Image via Truss

The company is bullish on making a bigger splash in Canada’s cannabis 2.0 market in future quarters — particularly in the beverage segment — after it received a Health Canada sales licence for its manufacturing facility Belleville, Ont. on June 1.

In October, Hexo said Truss Beverage Co., its joint venture with Molson Coors Canada, would launch the first of six cannabis beverage brands in December 2019. As of June 2020 no Truss drinks have hit the market.

But St-Louis told analysts that the two companies have invested $90 million into the Belleville facility to make it fully automated, which gives it a huge advantage over its competition in rolling out more innovative 2.0 products at a faster rate in the near term.

On home soil, St-Louis said the Canadian legal market is just starting to see its potential and continues to grow despite a contraction in global economies as a result of the pandemic.

“Statistics Canada reported that sales reached $181 million in the month of March and we’re seeing steady demand in the months that have followed,” he said. “While the March figures only lead to an annual run rate of approximately $2.2 billion, most studies have reported that the true market in Canada is closer to $7 billion to $10 billion annually.”

Hexo said it ended the quarter with $95.3 million in cash, cash equivalents and short-term investments. Subsequent to the end of the quarter, the company noted that it closed an additional financing which added over $50 million to its balance sheet.