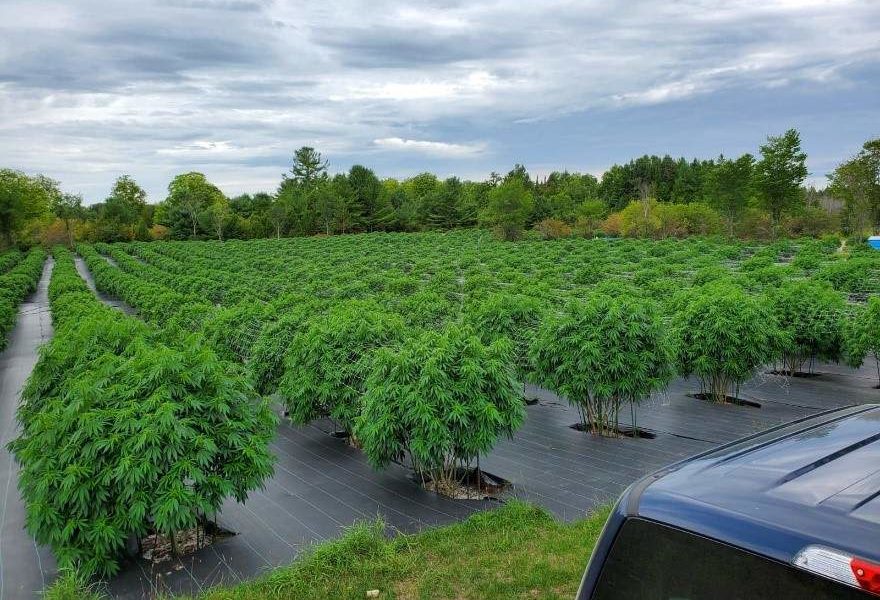 While the term “grey market” isn’t new to anyone following Canada’s cannabis industry in the past decade, much of the country’s law enforcement as well as its federal regulator only recently seem to be catching wise.

Health Canada released a slew of new data Thursday related to the nation’s cannabis for medical purposes program, taking aim specifically at seemingly inordinate daily prescriptions and the health care practitioners prescribing them. The data and the language used by the agency to describe it reads clearly like Health Canada plans to target these areas for increased enforcement.

The average daily amount authorized for patients registered with federally licensed sellers remains stable at around two grams a day, but the daily average spikes to 36.2 grams among patients with personal or designated production registrations.

Unsurprisingly, the most suspicious figures are concentrated in provinces most associated with illicit growing: Ontario and British Columbia. As of this march, the daily average was 38.6 grams in Ont. and 56.5 grams in B.C.

In the years running up to federal legalization, most citizens in urban centres were aware of the hundreds of quasi-legitimate dispensaries selling bulk weed to customers — sometimes with a medical reason and sometimes without. But less were aware of where that cannabis came from.

While it’s not news that a huge amount of Canada’s illicit bud is supplied by growers with medical production designations, awareness among the general public and apparently public officials has until recently been low.

For years, the vast majority of this activity went unenforced, but this year’s mainstream news cycle has been full of drug busts related to medical cannabis authorizations and suspicion surrounding neighbours with these permits.

When Mugglehead asked the CBC if its ‘What kind of grandfather needs 140 plants?’: Neighbours fed up with dozens of medical marijuana grow-ops story met its criteria for fair coverage, the public broadcaster replied the piece was in line with its journalistic standards.

The two-gram average for patients registered with licensed sellers is in line with scientific evidence, the federal regulator said in the report, but, “Health Canada is concerned that high daily authorized amounts are, in a few instances, leading to abuse of the access to cannabis for medical purposes framework and are undermining the integrity of the system that many patients — and health care practitioners — rely on to access cannabis to address their medical needs.”

“While treatment options remain a decision best made in consultation between a patient and their health care practitioner, high daily authorized amounts may pose risks to public health and safety, including the risk of cannabis being diverted to the illicit market,” Health Canada says.

If the regulator does intend crack down on patient registrations, it will face the challenging task of distinguishing between patients who actually require high daily doses — whose right to grow and posses are understood by Canada’s courts to be constitutionally protected — from those abusing the program for profit, as well as cases where the distinction is less clear. It will also have to navigate the political class, which is rife with indecision on how to enforce drug laws.

The agency continues to receive related questions from various levels of government, law enforcement and the public. To aid authorities, it’s been sharing data with them since 2019.

“Consistent with Health Canada’s commitment as a regulator to openness and transparency, and to support collective efforts to address potential misuse of Canada’s access to cannabis for medical purposes framework, while preserving reasonable access for those who need it, the department will henceforth publish new data sets on daily amounts authorized by health care practitioners on a quarterly basis,” the regulator said.