For one retailer, steady growth has been a trend for both its balance sheets and its customers’ plants.

It seems its ancillary business model, which functions alongside the mainstream cannabis supply chain, has managed to side-step the shortfalls of its big-sister industry.

Overall revenues for 2019 were $80 million, a 176 per cent increase from the previous year’s total of $51 million, according to a press release. 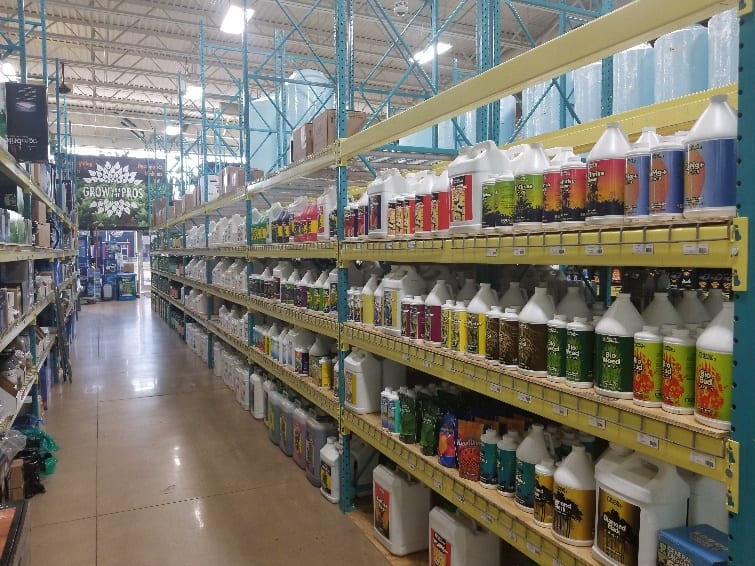 Welcome to the Home Depot of weed. Photo courtesy of GrowGeneration

In December, the company up listed from the over-the-counter markets to the Nasdaq, where its stock closed today at US$4.25 a share. GrowGeneration’s valuation rose almost seven per cent over the day, following the release of its 2019 results.

Marketing manager Alex Salaman told Mugglehead his company’s success is tied to both its home grower and commercial client bases.

“We target multi-state operators and certainly tailor to the home grower by providing a level of service that can’t be matched,” Salaman said.

Each staff member has several years of growing experience, he added.

The company said it’s investing in opening new stores in markets including St. Louis, Kansas City, Phoenix, Miami, Los Angeles and Chicago. GrowGeneration is working on several acquisitions, which it expects to close in early 2020.

Guidance for 2020 will be released as part of its full 2019 year-end report in the first quarter 2020, GrowGeneration said.