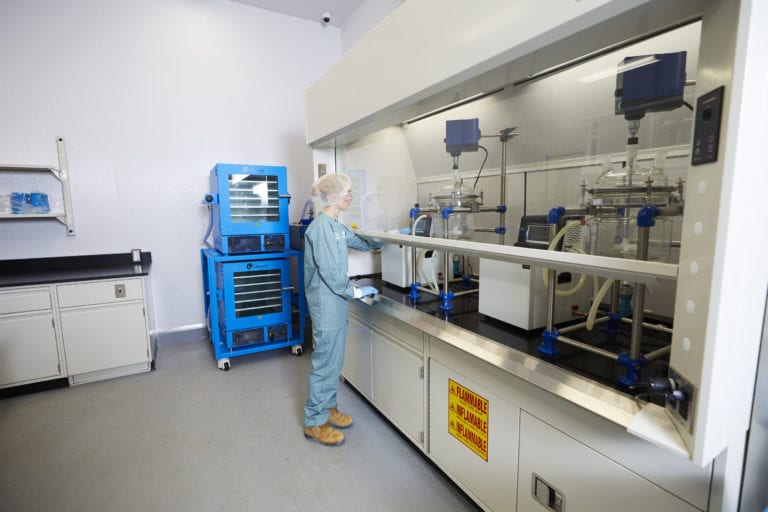 Decibel's The Plant in Calgary, Alberta. Image via Decibel

On Friday, the company announced its earning results for the fourth quarter and twelve months ending Dec. 31, 2021.

Decibel posted net revenue of $14 million during the fourth quarter, a 5 per cent increase from the previous quarter.

The firm marked its sixth consecutive quarter of positive earnings before interest, taxes, depreciation and amortization (EBITDA), although the reported $1.5 million marked a 20 per cent drop from $1.8 million during the prior quarter.

“Our momentum has accelerated into 2022, and we are gaining great traction across our products and brands, particularly with our recent infused product launches over late Q4 and first quarter of 2022,” Paul Wilson, Decibel CEO, said in a statement.

Gross margin was 26 per cent in Q4, compared to 31 per cent in the prior quarter. Decibel said the decrease was due to price compression in Qwest Family of Brands’ products by approximately 25 per cent and a 4 per cent reduction in retail sales margins as a result of increased competition. 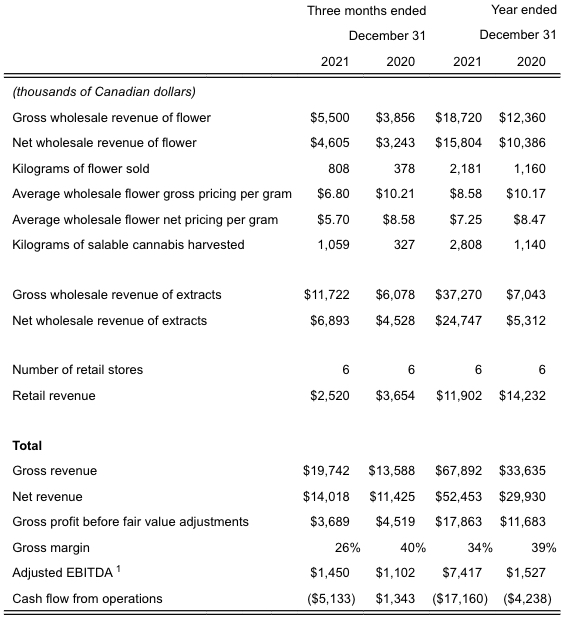 “Decibel continues to execute on its strategy to accelerate revenue growth and deliver new, unique and innovative choices to cannabis consumers,” Wilson said.

Decibel sold 808 kilograms of cannabis in the fourth quarter, an increase of 64 per cent from the previous quarter. But its average wholesale net price per gram dropped 25 per cent to $5.70.

Vape and concentrate sales grew 5 per cent in the quarter, for a total of $6.9 million. The company attributed the sales growth to higher demand for the products, as well as the launch of a new infused pre-roll line late in the fourth quarter.

On Feb. 1, the company closed a debt financing with connectFirst Credit Union Ltd. in respect of $54 million of debt capital over a five-year term.

Looking ahead, Decibel anticipates net revenue between $16.5 million and $17.5 million for the three-month period ending March 31, ending Q1 with 4 per cent of the recreational national market share.

“The success achieved through 2021 with record market share demonstrates the strength we’ve created in our brands, and our dedication towards our customers,” Wilson said. 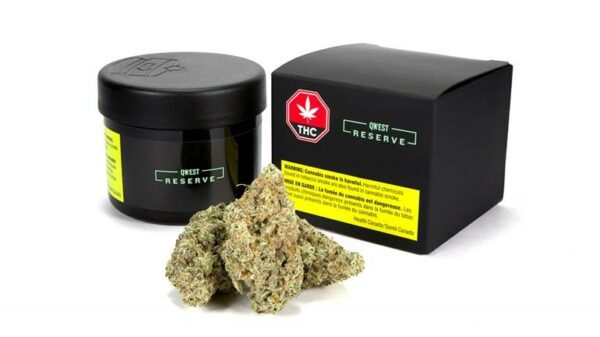 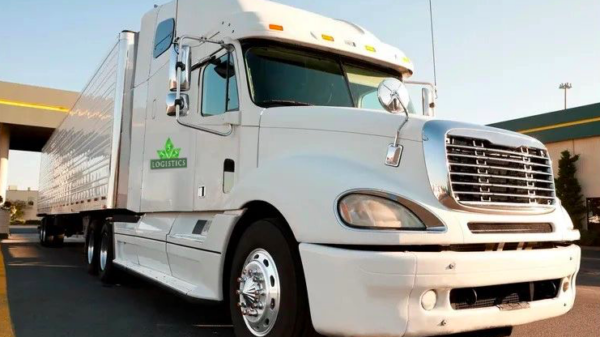