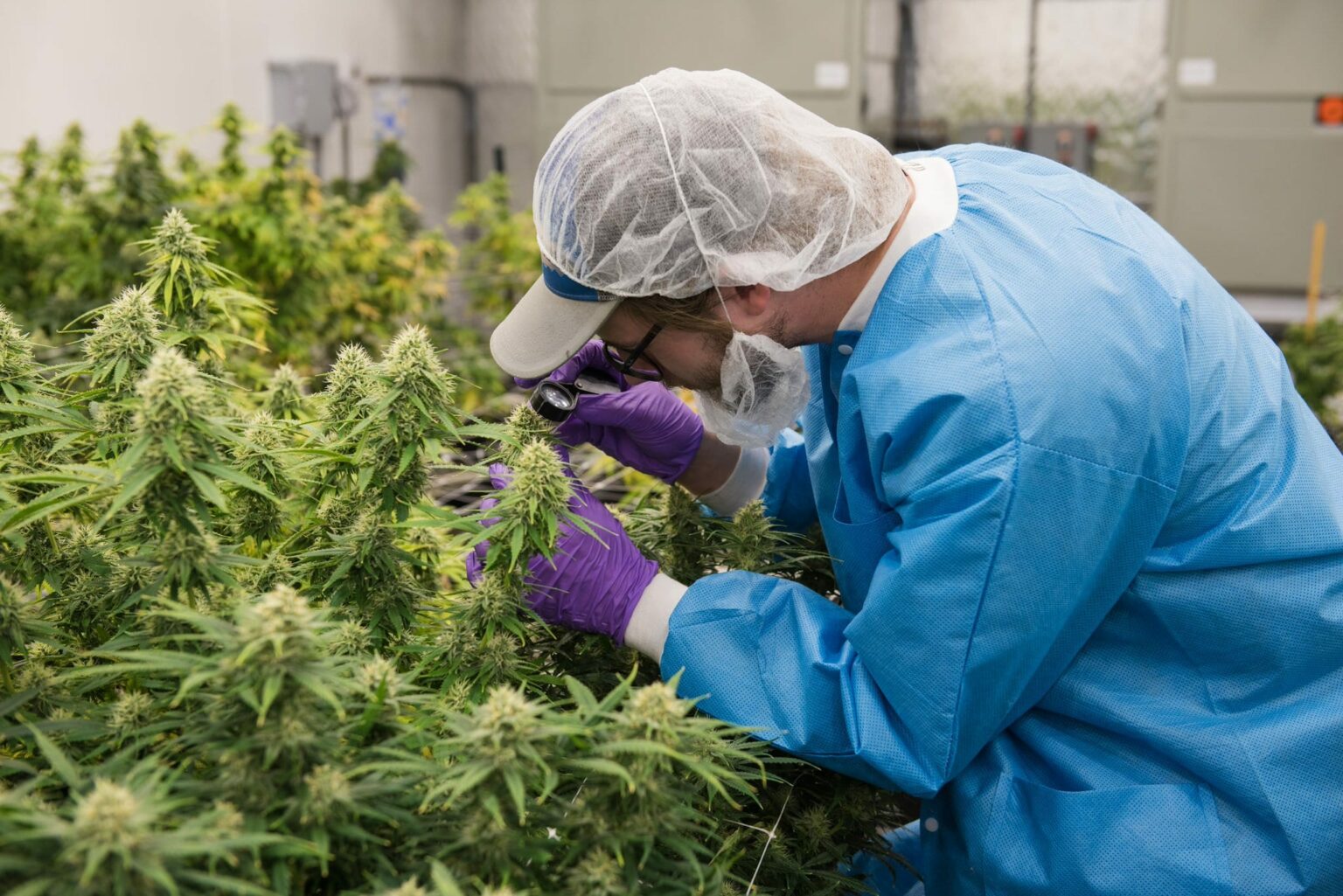 Curaleaf Holdings, Inc. (CSE: CURA) (OTCQX: CURLF) says it’s on track to hit revenue estimates for 2021, though on the lower end, as sales inch up and losses mount.

In its latest earnings report released Tuesday, for the period ended Sept. 30, the firm says revenue inched up 2 per cent to a record US$317 million, from US$312 million in the previous quarter.

Gross margins on weed sales are reported at 45.6 per cent, compared to 49.6 per cent from the last one. 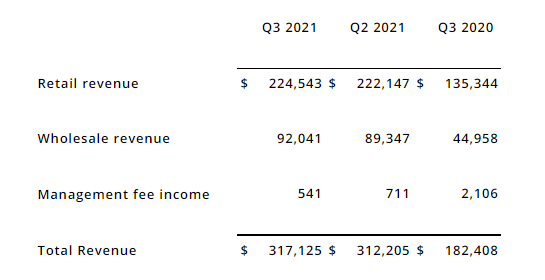 Retail revenue grew nearly 2 per cent and wholesale went up about 3 per cent. Chart via Curaleaf

Adjusted earnings before interest, taxes, depreciation and amortization (EBITDA) went down 15 per cent to US$71 million from US$84 million, while the adjusted EBITDA margin was 22.5 per cent, compared with 27.0 per cent in the prior quarter.

Last year, adjusted EBITDA was US$42 million, and the 69 per cent year-over-year increase is mainly attributed to revenue growth.

But net losses ballooned to US$59 million this period, a 507-per-cent increase from US$9 million, with more expenses and not enough other income to offset them.

By the end of the quarter, Curaleaf had opened 109 pot shops. 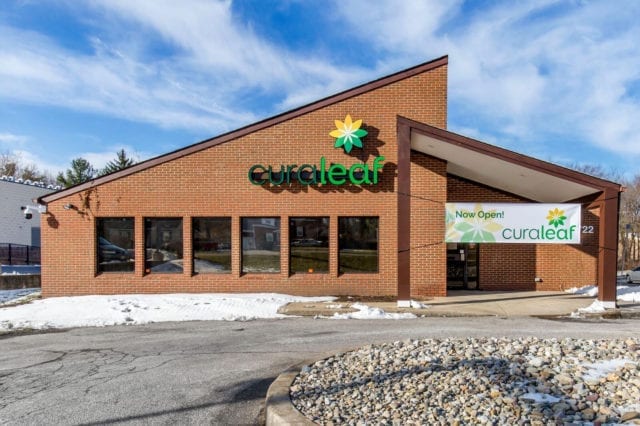 Cash on hand at the end of the period totalled US$317 million, and there were US$342 million of outstanding debt net of unamortized debt discounts.

“While we faced some transient headwinds during the quarter, we continued to execute well against our strategic initiatives, prioritizing growth and gaining market share,” said Boris Jordan, Curaleaf executive chairman.

“As a result, we remain on track to achieve our US$1.2 to US$1.3 billion annual revenue guidance, albeit at the lower end of the range, representing growth of over 90 per cent.”

He added that strategic mergers and acquisitions remain “key pillars” of the firm’s growth plan.

On Oct. 1, Curaleaf closed its acquisition of Los Sueños Farms, a 66-acre outdoor grow in Colorado, and said it will be buying privately-held Tryke Companies for about US$286 million.