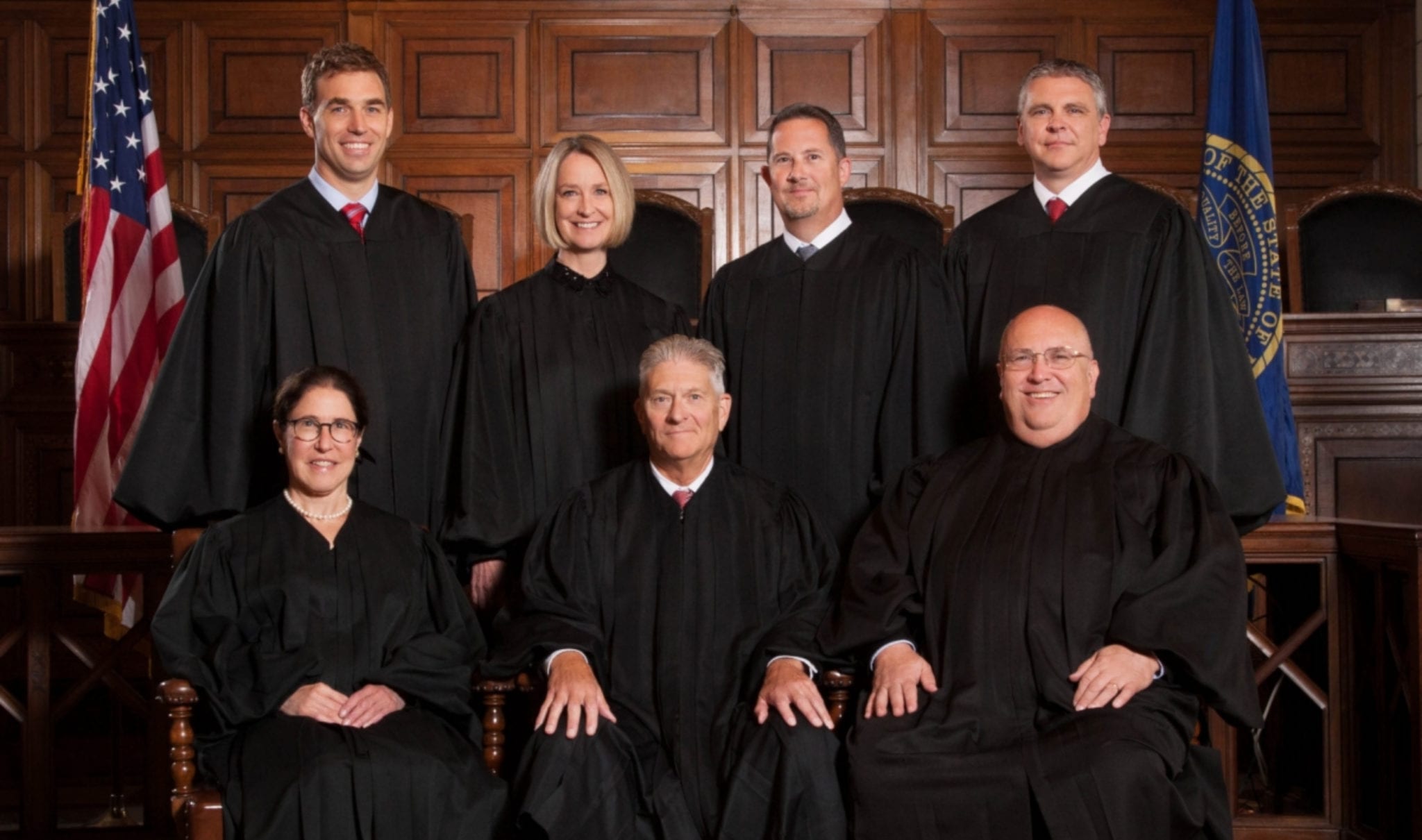 Advocates, and even Americans who don’t like weed, are calling the Nebraska Supreme Court corrupt and cowardly for blocking medical cannabis from the November ballot.

On Thursday, five of seven judges at Nebraska’s highest court ruled that the state-approved medical cannabis initiative will not appear on the ballot. The court sided in favour with opponents who filed a lawsuit last month arguing that the measure violated the state’s single subject rules for ballot initiatives and would confuse voters.

“If voters are to intelligently adopt a state policy with regard to medicinal cannabis use, they must first be allowed to decide that issue alone, unencumbered by other subjects,” the justices concluded. “As proposed, the [Nebraska Medical Cannabis Constitutional Amendment] contains more than one subject–by our count, it contains at least eight subjects.”

After activists gathered more than enough signatures in July — over 190,000 — the secretary of state’s office qualified the measure last month.

But county sheriff Terry Wagner filed a challenge against that decision, which made it all the way to the Nebraska Supreme Court. Wagner’s attorney argued that provisions within the measure — such as patient access, retail sale, cultivation and distribution — constitute as multiple issues that a single ballot initiative could legally cover.

Nebraska’s conservative Gov. Pete Ricketts also publicly opposed the measure, saying “there is no such thing as medical marijuana,” and if the ballot was approved Nebraskans would show up to work and drive while high.

Brad Dickson, a former Los Angeles Times columnist, called out the Nebraska Supreme Court in a series of tweets for siding with the governor and stifling citizen ability to vote on legalizing medical cannabis.

“I am not a fan of marijuana so I am completely unbiased when I write that Nebraska Supreme Court justices are pure scum,” he said on Twitter. Dickson urged Nebraskans to vote the judges out in the Nov. 3 election. 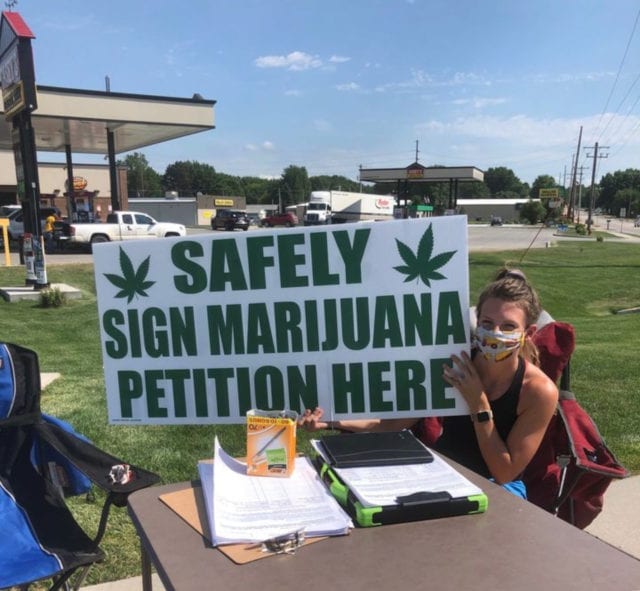 Photo via Nebraskans for Medical Marijuana

Nebraskans for Medical Marijuana (NMM), the advocacy group that collected signatures, issued a statement Friday to express their extreme disappoint with the court’s decision.

The group cited how Secretary of State Bob Evnen agreed the language used in the ballot question was “legally sufficient,” and laid out why they think the court’s ruling was incorrect.

“The single subject rule is simple — the initiative must contain only one subject,” the statement reads. “The medical marijuana initiative did just that — ensured that people had access to use, possess and produce marijuana if they had a serious medical condition.”

NMM said the ruling also sets a dangerous precedent for future ballot initiatives while pointing to the opinions of the two dissenting judges.

Justices Jonathan Papik and Lindsey Miller-Lerman wrote in the ruling that they are “concerned that today’s decision has squeezed the concept of single subject… such that the people’s right to initiative has been diminished.”

Nebraska lawyer John Cavanaugh said in a number of tweets that partisan politics played a larger role in the judges’ ruling over legal reasoning. He argues the court unwittingly sided with the failed war on drugs while hurting Nebraskans in need of medical cannabis for legitimate reasons.

Today, the Nebraska Supreme Court sided with Pete Ricketts and his allies to issue an opinion with no basis in law or fact removing the Medical Marijuana initiative from the ballot.

A local TV news reporter highlighted the heartache of two Nebraskan mothers when they heard the news of the court’s ruling. Both of their sons are living with epilepsy, and the families were hoping their children could access cannabis-based epilepsy medications should the ballot pass.

“A decision like this changes the course of each of our lives and our kids’ lives and so many peoples’ lives,” one of the mothers told KETV.

I was in the room with two mothers as they learned the Nebraska Supreme Court's ruling. Both of their sons have epilepsy and were hoping medical marijuana could help.https://t.co/6QOszmJOez

In a statement, MPP deputy director Matthew Schweich called the ruling “outrageous and deeply flawed by a group of activist judges.”

He said the ruling means medical cannabis patients and veterans will continue to be treated like criminals in Nebraska and it tramples on the constitutional rights of the 192,000 Nebraskans who signed the petition.

“Our opponents are cowards,” he said. “They use insider political tactics because they cannot win this debate. Medical marijuana will be legal in Nebraska one day. We lost this battle but we will undoubtedly win the war. We’ll be back.”

The #Nebraska Supreme Court decisions on what can /cannot be on the ballot in Nov. are examples of systemic racism being upheld by the "legal system". Their choices benefit certain people/businesses, and harm others to continue the cycle of oppression on POC & the poor. pic.twitter.com/chB4By5KQm

With Nebraska out, Mississippi will be the lone state to have a medical cannabis initiative on the November ballot. Voters in four states will have a chance to decide on recreational cannabis measures via the ballot.

A poll conducted by the Pew Research Center last November showed that over 90 per cent of Americans favour legalization for recreational or medical purposes.