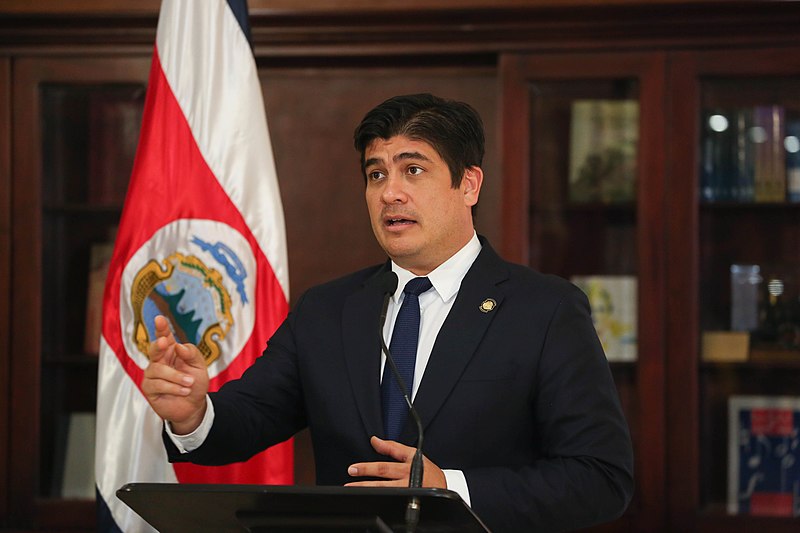 Costa Rica appeared to be on the brink of legalizing medical cannabis and industrial hemp with a proposed bill that only needed the president’s approval, but now the leader says he will be countering with his own proposal in the coming days.

The original bill passed the Legislative Assembly earlier this month and has been under review by President Carlos Alvarado. Lawmakers and industry groups had been calling on Alvarado not to veto the cannabis bill, as his signature is the last step before the text becomes law.

On Friday, Alvarado said that he would be providing a counter proposal to Bill No. 21,388 this week.

He calls it the “solution” so the bill can become law, but according to local reports the president didn’t say if the proposal would be a partial or total veto of the text.

“Our objective is to propose a solution to Congress, so that this can become a law of the republic,” Alvarado said. “I say this because, for the most part, the query made by the legislators to the Constitutional Court had to do with a procedural issue, but there are several substantive issues.”

Lawmakers have said the bill should be in accordance with the international policy signed by Costa Rica, “to avoid friction of constitutionality and legality.”

The UN’s International Narcotics Control Board has requested to review the legislation as well, the Costa Rican government said on Thursday.

Alvarado has to make a decision by Jan. 31.

Pressure for the president’s signature

Since the cannabis bill passed the Legislative Assembly on Jan. 13, lawmakers have been asking for the president to sign the bill into law.

And since announcing the counter proposal, Alvarado has faced pressure to sign from deputies within his party, and the president of Congress has accused the government of throwing “smoke screens” at the decision, local reports say.

The cannabis bill aims to give an economic boost to small local producers, who are meant to receive 40 per cent of the licences that will be issued by the Ministry of Livestock and Agriculture.

Last week, the Costa Rican Union of Chambers and Associations of the Private Business Sector (UCCAEP) along with the Costa Rican Chamber of Industries and the National Chamber of Agriculture and Agroindustry have urged the president to sign the bill as soon as possible to help economic development.

“The law is very important for economic reactivation since it declares free the cultivation, production, industrialization, commercialization of non-psychoactive hemp or cannabis and its products or by-products, for food and industrial purposes, without prior special or additional authorization from the authorities,” says UCCAEP president José Álvaro in a statement.

“Undoubtedly, a range of possibilities opens up to put Costa Rica at the forefront of this industry,”

The bill sets out a framework for medical cannabis, as well as the cultivation, production and industrialization of hemp for industrial purposes and for use in food.

The bill was first proposed in 2019 by independent deputy Zoila Rosa Volio Pacheco. It would allow unlimited production of hemp without a permit. Medical marijuana consumption and personal cultivation would require a permit from the Health Ministry.

Cannabis for recreational purposes and public consumption would still be prohibited.